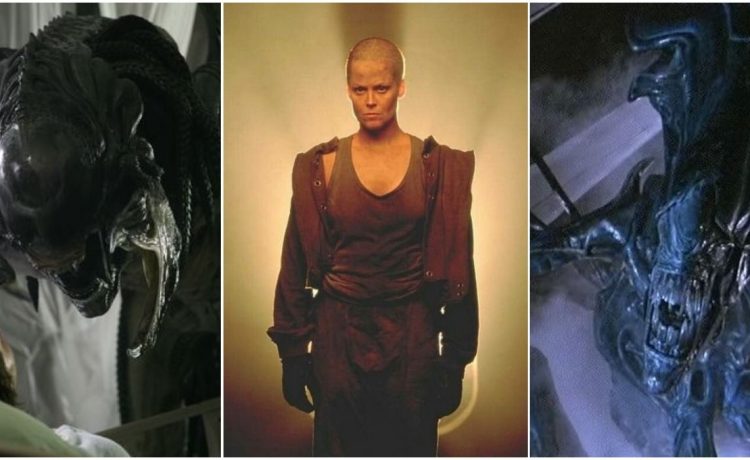 The Alien franchise has been going strong for over 40 years, boasting eight movies and countless comic books, novels, and videogames, with more on the way, including an Alien TV series coming to Disney+ Star, and maybe the final part of Ridley Scott’s Prometheus trilogy, too.

The Alien series is beloved by horror and sci-fi fans, as each movie, regardless of the overall quality, always boasts a few scenes that are just mindblowing and that live in the mind forever. Unfortunately, the opposite is also true, as the franchise also features some truly terrible scenes that make fans cringe.

It’s easy to forget these days, with the Alien franchise being as popular as it is, just what a surprise all the iconic elements of the series were when they first debuted. In particular, the disturbing and sudden death of Kane (John Hurt), the first character to die in the Alien series.

After the mysterious spider-like Facehugger parasite detaches from him, Kane is seemingly fine and stops for a bite to eat with the relieved crew. The relief turns to terror when Kane suddenly convulses and a strange creature tears its way through his chest. The scene is made even better by the fact that the cast didn’t fully know what was about to happen, so their shock is genuine.

The Alien series has a history of characters ignoring very important and obvious advice, which usually results in their horrible deaths, and the Alien prequel Prometheus carries on this tradition. Considering the characters are all scientists and are many lightyears away from home, it’s frustrating for the audience to see how careless they seem, sometimes bordering on downright suicidal.

A perfect example is when, aboard the Engineer spacecraft, the team gets a reading that the ship has a breathable atmosphere. Instead of doing further tests or just keeping the helmets on for safety reasons, they take their helmets off. They don’t asphyxiate, but several are infected by alien parasites, which could easily have been avoided.

While the Alien Queen has appeared in several movies since her original appearance in Aliens, with diminishing returns, her first appearance is one of the all-time greatest moments in science fiction cinema. The xenomorph queen is teased early in Aliens when Ripley (Sigourney Weaver) and Bishop (Lance Henriksen) start to wonder what’s creating the eggs.

Later, as the facility is about to explode, Ripley finally rescues Newt (Carrie Henn), but they take a single wrong turn on the way back, whereupon they come face-to-face with the terrifying mother of all Aliens. The Queen is a masterpiece in design, and every part of the chase and eventual fight that follows is a high-point in the series.

The release of Alien Vs Predator was a big deal, with these two major franchises finally going up against each other in a movie after multiple great comics, videogames, and novels. Upon watching the movie, it became clear not only that this was more of an action movie than a horror, but that it wasn’t going to be a great movie either.

The first warning sign came early. Protagonist and expedition guide Alexa (Sanaa Lathan) lays out a few simple rules to keep everyone alive, the most important being to not go anywhere alone. Engineer Graeme (Ewen Bremner) then immediately wanders off on his own for no good reason, so, when he gets killed later, audiences justifiably feel that he deserved what he got.

By Alien 3, the franchise had become a phenomenon, but director David Fincher planned to take the franchise away from the marines and firefights and back to its roots as a horror movie with a single xenomorph. While fans remain divided on the quality of the final movie—although the very different director’s cut is superior—Fincher made very bold choices, including killing off the remaining Aliens cast and putting an Alien Queen embryo in Ripley. The most shocking moment came at the very end when Ripley, the franchise’s main character, gives up her life to stop the Aliens once and for all.

Ridley Scott’s original Alien is rightly hailed as a classic, but it does also establish a few annoying tropes that continue to dog the franchise, such as characters failing to do their jobs properly or listen to advice that could save their lives.

The first example of this in Alien is when Kane gets the alien Facehugger attached to him, but Ripley refuses to let him back on the Nostromo. Ash (Ian Holm) overrides her command, as he at least has the excuse that he is an android with orders to get the Alien back, but the rest of the crew don’t, and they continue to provide no quarantine or precautions of any kind afterward.

4 Mind-Blowing: Something We Missed (Aliens)

James Cameron’s more action-packed Aliens is one of the greatest movies ever made and features multiple amazing moments for first-time watchers and fans alike. One of the most tension-filled scenes occurs right in the center of the movie when Ripley, Newt, and the surviving colonial marines make a last stand in the Operations sector.

RELATED: 10 Actors Who Were Almost Cast In The Alien Franchise

After spending time poring over blueprints, wielding doors closed, and setting up defenses, the constant beep of the motion tracker shows that the Aliens are seemingly walking past their efforts and straight into the room. Then Ripley realizes that they hadn’t blocked the ceiling crawlspace. This simple error gets most of the last characters killed and sets the scene for the ending.

3 Forget: Predalien In The Pregnancy Ward (Alien Vs Predator 2: Requiem)

The second Alien Vs Predator movie is arguably the worst entry in the franchise, featuring a lot of clichéd teenage angst alongside some exceptionally gross moments.

By far the worst moment in the movie—if not the entire series—is the scene in which the hulking new monster the Predalien visits a pregnancy ward at a hospital. There is no reason why the Predalien should have a different birth cycle to the normal Aliens, but the movie introduces one anyway. The Predalien visits each expectant mother and forcibly “overwrites” the fetus with an Alien. It’s horrifying in completely the wrong way.

Ridley Scott’s Alien prequels Prometheus and Alien Covenant were highly divisive movies, but one of the most interesting characters was the android David (Michael Fassbender). David’s turn into a psychopath was a highlight of both movies, with the strong suggestion that David was the one who created the xenomorph species as fans know it.

David is seemingly killed by the more advanced android Walter, with whom he shares a face. However, at the very end of Alien Covenant, the main character Daniels (Katherine Waterston) and the audience discover that David is not only alive, but that he’s in charge and now has a whole colony ship to experiment on.

1 Forget: Ripley Has Sex With The Alien Queen (Alien Resurrection)

Possibly the most embarrassing and disgusting moment in the entire Alien franchise occurs in the fourth movie, Alien Resurrection, which ill-advisedly tried to undo the ending of Alien 3 by cloning Ripley and turning her into an Alien-human hybrid.

While, for the most part, this simply means a stranger, more otherworldly Ripley, things take a horrible turn when she falls into Alien Queen’s nest. What follows is a scene that is basically just Ripley mating with the Alien Queen, a highly disturbing concept that happened on-screen in Alien Resurrection, and fans have been trying to forget it happened ever since.

NEXT: 10 Sci-Fi Horror Movies To Watch If You Love Alien

READ  The 6 best video games to play with friends while social distancing - Ladders
Share on FacebookShare on TwitterShare on PinterestShare on Reddit
newsgrooveMarch 1, 2021