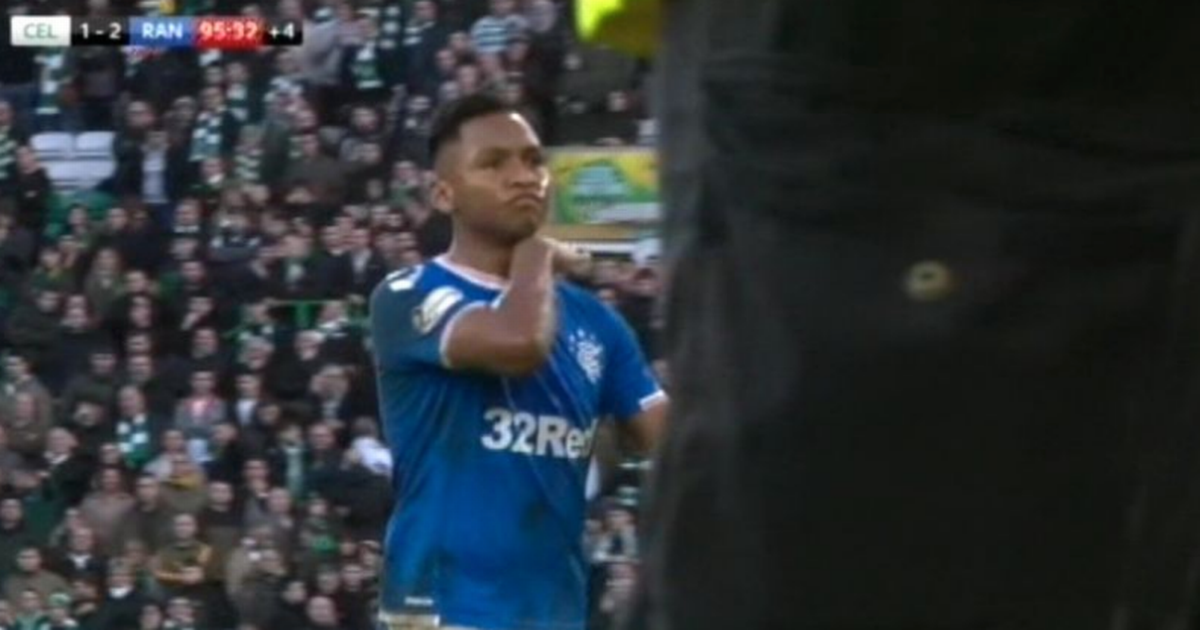 Rangers striker Alfredo Morelos appeared to make a throat-slitting gesture at Celtic fans after his late red card in the Old Firm derby.

Controversial Colombian striker Morelos was shown a second yellow card for a dive inside the Celtic penalty area as his side edged a 2-1 win.

Chaos ensued after the red card with both dugouts clashing and Rangers coach Michael Beale dismissed as a result of going head-to-head with John Kennedy.

Morelos is now facing a possible probe for his conduct after the red card as he appeared to make a gesture at home fans located behind the dugouts at Celtic Park.

After being caught on camera appearing to make the violent gesture, Morelos was quickly ushered down the tunnel by coaches and security staff.

The incident which saw tempers flare minutes from full-time led to Gers boss Steven Gerrard roaring into the camera before making his way down the touchline to celebrate with away fans in the corner.

But Morelos was not part of the jubilant celebrations after being taken to the dressing room.

“For 35 minutes in the first half we were excellent. The penalty decision goes against us but Greegsy was excellent, making a great save. From there on in we showed great game management in the second half.

“It wasn’t the best time to concede so it was important we bounced back from that. From there on we were excellent and limited them to a few chances from set pieces.

“Overall, it’s a big three points for us but it’s important we come back from the winter break and get ready to go again.

“There are going to be twists and turns but we have to show that level in the second half of the season. This was a massive result for us and we’ll take a lot of confidence from it.

“There’s a lot of football to be played but we’re in a good place at this moment in time.”