‘Mummy I love you and miss you so much!’ Alexandra Burke pays tribute to late mum Melissa Bell with sentimental photograph and heartfelt message on Mother’s Day

She lost her mother Melissa Bell almost three years ago.

And, Alexandra Burke, 31, took to Instagram on Sunday to pay tribute to her late mother with a sentimental photograph and heartfelt message on Mother’s Day.

Within her length caption, the former X Factor winner wrote: ‘Mummy I love you and miss you so much!’ and also noted the importance of her aunty Sonia. 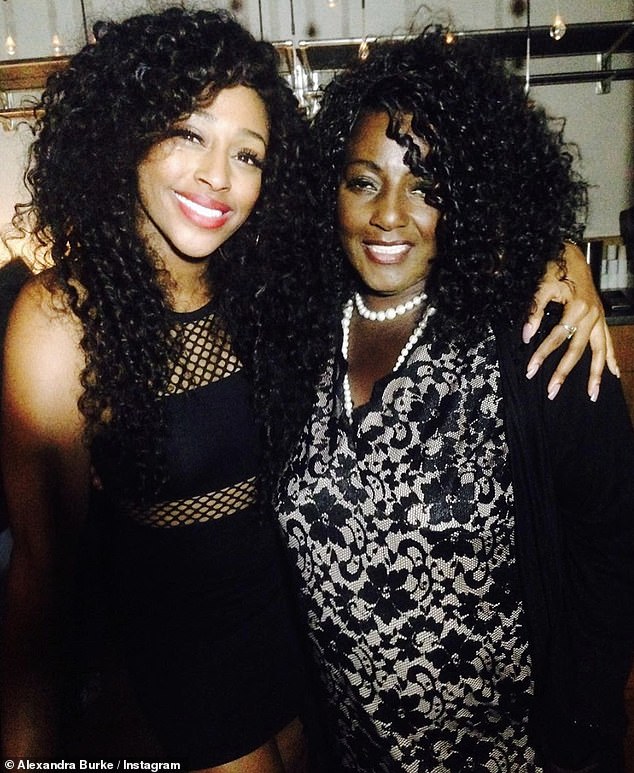 Heartfelt: Alexandra Burke, 31, took to Instagram on Sunday to pay tribute to her late mother with a sentimental photograph and heartfelt message on Mother’s Day

Alexandra wrote: ‘Happy Mother’s Day to all the amazing mothers out there.. and the fathers who have to take on that role also.

‘Mummy I love you and miss you so much. I wasn’t going to post today as I didn’t want to do a ‘sad’ post…

‘But there is so much going on in the world right now that I just felt the need to show these two women how much I love them. Life is just so short.

‘To my aunty Sonia who is also a mum too me.. I love you. Sorry we all can’t be together today… But we will all get through this together. 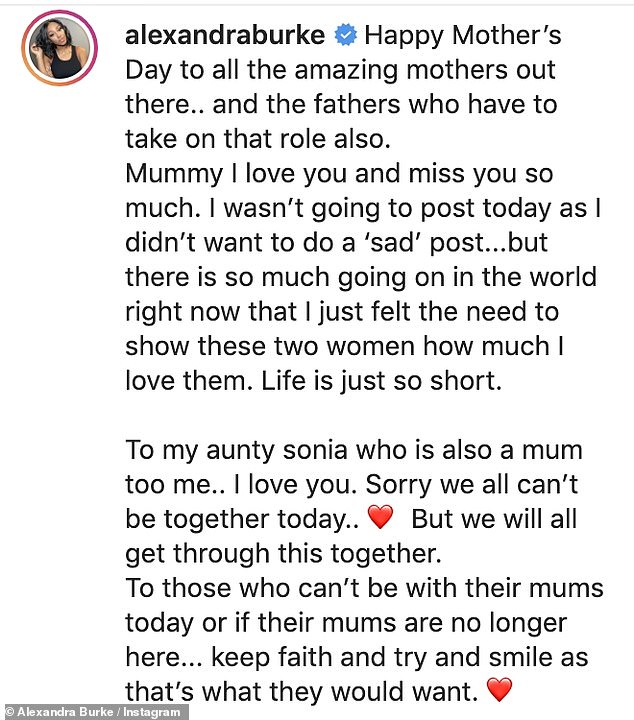 Paying tribute: Within her length caption, the former X Factor winner wrote: ‘Mummy I love you and miss you so much!’

‘To those who can’t be with their mums today or if their mums are no longer here… keep faith and try and smile as that’s what they would want.’

Soul II Soul chart-topper Melissa Bell died on 28 August 2017 at the age of just 53 after a nine-year battle with kidney failure, which was brought on by diabetes.

In 2013, Burke revealed that she had been looking after her mother, who was on life-saving dialysis eight hours a day.

Burke bought her mum food and spent £20,000 renovating her house so she could have the dialysis treatment there rather than in hospital.

She also began to raise the profile of organ donation after Ms Bell refused to take her daughter’s. 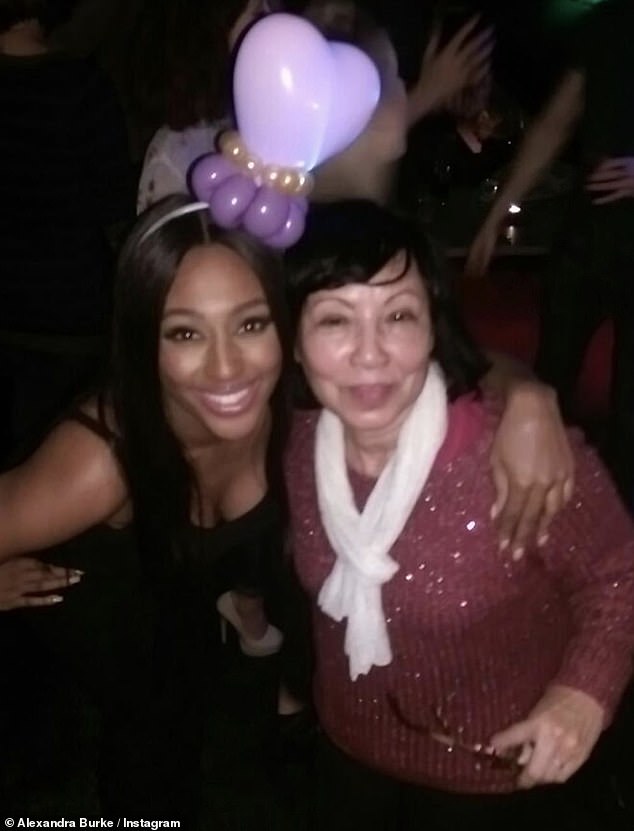 Grateful: Alexandra also noted the importance of her aunty Sonia

In a joint interview seven years ago, Alexandra said: ‘I’ve tried three or four times. But Mum made the choice and shut down the discussion because the doctors said it could mean I wouldn’t be able to conceive.

‘She didn’t want to restrict me from having my own life. But I was willing to adopt because I want to do that anyway.’

Ms Bell said that asking her famous daughter to give away a kidney would be ‘downright wicked and selfish’.

Her daughter responded: ‘I don’t think it would be a selfish choice. It’s been offered to you. I’m your daughter. Take it!’

The former X Factor winner was inspired by her mother and said she wanted to be a singer ever since she saw her mother on Top Of The Pops.

READ  Motivated by #MeToo? Vetting jurors in Weinstein case will be a challenge, experts say

Using a Drone to Create Stop-Motion Animations in the Sky