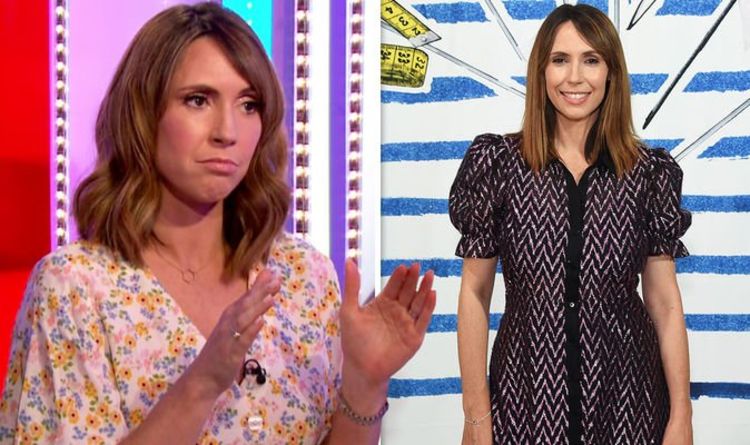 Alex Jones, 42, has been a regular host of The One Show since 2010 and has been friends with Strictly Come Dancing – It Takes Two favourite Gethin Jones, 41, for much longer. With their friendship going years back into their TV careers, Welsh-born star Gethin told Express.co.uk his “first ever gig on TV” was with Alex. “I’ve known her now for a long, long time,” he said. “Alex and I will always be friends because, one, we’re Welsh,” he quipped.

Gethin went on to joke he and The One Show’s Alex were “probably related” due to the fact they were both from Wales and named Jones.

Revealing whether he and Alex, who recently welcomed her second child with her husband Charlie Thomson, stay in touch, the It Takes Two presenter said: “I live in Manchester, she’s in Chiswick. There’s a lot going on with her.

“It’s not always easy to meet up for a curry on a Tuesday every week,” he joked.

However, he also said he had bumped into Alex in an unusual setting not so long ago.

“We were both laughing because I was like, ‘Do I jog with you now or shall I just carry on with my day?’

“I think there’s a special bond,” he said of their friendship. “Especially when you cross the border [from Wales to England] to do stuff.

On the subject of The One Show, Gethin, who has acted as a reporter and a host for the long-running BBC show on several occasions over the years, said he would “love” to return for more work.

“It’s just about being available at the right time and if the film’s the right thing,” he explained.

Meanwhile, the Strictly Come Dancing presenter also spoke out on the show.

“It’s your relationship that gets you the vote,” he said. “It’s how you work together.”

“More than half of us still buy plastic bottles for the home when you have a tap that does exactly the same job,” he said.

Nominate your street for a visit from Gethin and BRITA to get filter jugs for you and your neighbours.Visit www.brita.co.uk/just-tap-filtered to find out more.

The One Show airs weekdays at 7pm on BBC One, while Strictly Come Dancing 2019 launches Saturday September 7 at 7.40pm.