Sony Pictures Classics picked up the rights in North America, Latin America, the Middle East, Scandinavia, Australia/New Zealand, Turkey, India, South Africa, Southeast Asia, Japan, Thailand, and global airlines to a rather unique new project. A Winter’s Journey is an animated film by Alex Helfrecht which looks to combine never-before-used technology in the space of filmography, a strong cast, and a talented animation crew to tell the tale of a jilted poet who embarks on a dangerous trek through the mountains, snow, and ice in search of a fresh start in 1810s Bavaria. Concept art from the film has also been released.

A Winter’s Journey features Primetime Emmy Award winner John Malkovich alongside Jason Isaacs, Marcin Czarnik (Son of Saul, Sunset), Ólafur Darri Ólafsson (Fantastic Beasts: The Crimes of Grindelwald), Martina Gedeck (The Lives of Others), and newcomer Gabrielle Moran. Animation for the film is painted by the crew behind the Emmy-nominated Loving Vincent and will be present throughout the tale with a mixture of live-action and CGI. In a first for a movie, the world of the film will be built within Dreams, a game developed by PlayStation’s BAFTA-winning Little Big Planet studio Media Molecule.

A Winter’s Journey is actually an adaptation of the beloved song cycle Winterreise (literally translated as “Winter Journey”) from Franz Schubert published in 1828. To this day, it is the most performed song cycle worldwide, featuring a combination of vocals and piano. As such, the film brought in baritone Andrè Schuen and pianist Daniel Heide to perform the soundtrack which will be released by Deutsche Grammophon.

“Especially in these times, we feel a need to escape into a different world filled with beauty and timeless music,” said Helfrecht and Tittel following the closing of the deal with Paris-based mk2 Films. “We’re lucky to be working with some of the world’s greatest actors, artists, and musicians, and couldn’t think of a better partner than Sony Pictures Classics to bring our film to diverse audiences.”

“We’ve never quite seen a project like A Winter’s Journey before, which promises to marry world-class cinema and extraordinary painting techniques with one of the great song cycles in musical history,” added Sony Pictures Classics in their own statement. “Audiences will joyously embrace this unique theatrical experience.”

Filming for A Winter’s Journey starts in June in Wroclaw, Poland. Until then, check out the brilliant art for the film below which captures the cold, artistic feel we can expect to see on-screen.

‘Chicken Run’ Sequel, ‘Dawn of the Nugget,’ to Premiere on Netflix in 2023; First Image Released

Ginger and Rocky are back and this time they’re breaking in!

Ryan O’Rourke is a gaming news writer for Collider and lifelong gamer. A diehard Cubs fan, he contributes to a FanSided blog on the side and can be found glued to a baseball game or his Switch during his spare time. 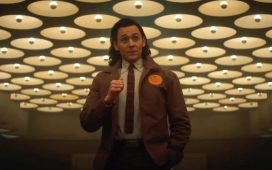