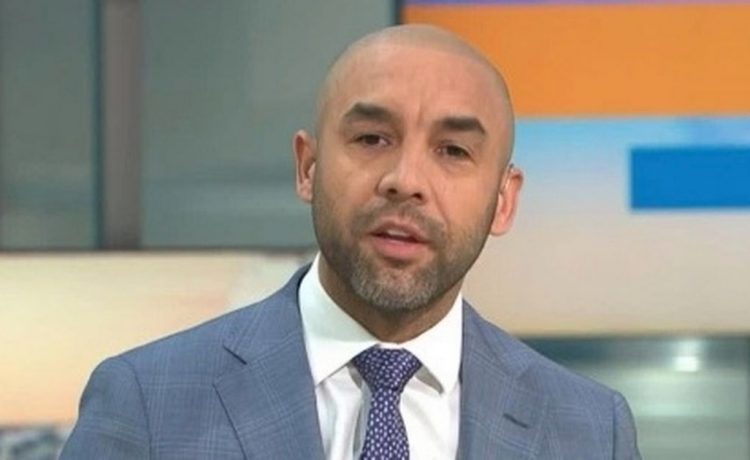 Alex Beresford has revealed why he was so invested in the extremely heated spat with Piers Morgan live on Good Morning Britain three weeks ago.

The duo went toe-to-toe in a gripping encounter on the morning TV show with the pair airing their differing views regarding the Meghan Markle and Prince Harry interview with Oprah Winfrey.

And viewers were left gobsmacked when the intense meeting led to Piers, 55, storming off set.

But now Alex, 40, has admitted why he felt so passionate about the comments made towards Meghan by sections of the Royal Family.

Speaking in a column for The Telegraph, the weatherman said: “Last month’s Harry and Meghan interview resonated with me on so many levels, from a similar experience around the concern of a baby’s shade of colour to the devastation of laying to rest someone very close to my heart just three months ago, who had those same suicidal thoughts.

“Whilst appearing to be a Royal problem, it felt so personal to me.”

He said that the interview’s repercussions have “rippled through social classes and communities” but says it has left many questions which probably won’t be answered.

He also admits that Meghan will go down in history as the thought of a “mixed race” princess in the British Royal Family was a far-fetched fantasy when he was younger.

But he painfully admitted that “you only need to visit the comments section” on articles to see that society hasn’t “necessarily progressed as far as you’d hope”.

Alex explained that the comments about Meghan and her child made him think about his own journey as a mixed-race person from a council house in Bristol in the 1980s to national breakfast television.

He also revealed that he thinks racism should be tackled more head-on in schools.

“School was the place where differences became visible to me,” he wrote.

“As well as learning the two times table I also had to teach myself quickly about what prejudice meant.

“Managing the many forms of racism can start at the same time as learning to tie your shoelaces.”