NewsGroove Uk
NewsGroove Uk > Movies > Aladdin UK and US release: Will Smith says THIS huge change from the cartoon was IMPORTANT
Movies

Aladdin UK and US release: Will Smith says THIS huge change from the cartoon was IMPORTANT 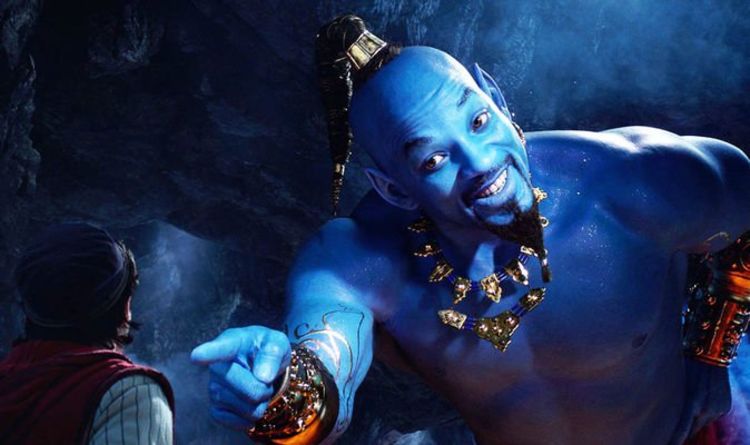 The latest Disney live-action version of an animated classic is about to open in the UK and US. Unlike Dumbo, which created a new narrative based on the beloved characters from the original cartoon, Guy Ritchie’s adaptation sticks to the story of the 1992 classic. Fan attention has been centred on Will Smith’s new take on Robin Williams’ iconic Genie, but the movie actually makes a much bigger and far more important change to the movie.

At the main European press conference for the movie in London, the stars and their director, Guy Ritchie, opened up about the challenges of taking on an established and revered classic.

One thing had to change, though, revealed Smith. After all, why would a modern audience accept that the feisty and independent Jasmine wants nothing more than to marry a prince?

Smith told the audience: “That was one of the brilliant new additions to this version of the film. The idea that Princes Jasmine wanted to rule. That was a new storyline that was added by the visionary mind of Guy Ritchie.”

“It was such a fantastic way to create the modern element of this character.

“She was in a world where the idea was ridiculous a woman can’t be sultan, a woman isn’t allowed to rule. She was fighting for that position. The song Speechless is the signature of this version of the film.”

Will’s co-star Mena Massed, who plays Aladdin himself, added that Jasmine’s song and realisation is: “Maybe the signature of a generation.”

ALADDIN: SCROLL DOWN FOR A PREVIEW OF THE SONG SPEECHLESS

READ  Avengers 4 Endgame runtime CUT: What did they take out? Was the end credit scene DROPPED?

Smith carried on and turned to Naomi Scott, who plays Jasmine: “‘I will not go speechless’. That was fantastic and that’s when I knew we were winning, the day when you did the song.”

This Jasmine is a princess ready for the 21st Century.

ALADDIN IS OUT IN UK AND US CINEMAS ON MAY 24