A federal judge on Tuesday blocked Alabama’s near-total abortion ban from taking effect next month, saying the law, part of wave of abortion restrictions by conservative states, is clearly unconstitutional.

US district judge Myron Thompson issued an expected preliminary injunction blocking Alabama from enforcing the law that would make performing an abortion a felony in almost all cases. The ruling came after abortion providers sued to block the law from taking effect on 15 November.

“Alabama’s abortion ban contravenes clear Supreme Case Court precedent,” Thompson wrote in an accompanying opinion. “It violates the right of an individual to privacy, to make choices central to personal dignity and autonomy. It diminishes the capacity of women to act in society, and to make reproductive decisions. It defies the United States Constitution.”

Energized by new conservatives on the US supreme court, Alabama and other conservative states have attempted to enact new restrictions on abortion in the hopes of getting supreme court justices to reconsider Roe v Wade, the landmark 1973 decision that legalized abortion nationwide.

A number of states attempted to ban abortion once a fetal heartbeat is detected. The Alabama law went further by attempting to ban almost all abortions with no exceptions for cases of rape and incest.

Passed by the Republican-led legislature, the 2019 Alabama Human Life Protection Act would make performing an abortion at any stage of pregnancy a felony punishable by up to 99 years or life in prison for the abortion provider. The only exceptions would be when there is a serious health risk to the mother or the fetus has a lethal anomaly that would cause it to die shortly after birth.

None of the state bans has taken effect. Some have already been blocked, and elsewhere courts are considering requests to put them on hold while legal challenges play out.

Both sides had anticipated the Alabama law would be blocked by a federal judge since it defies current supreme court precedent.

“As expected, the court has blocked the law and it will not go into effect,” said Randall Marshall, executive director of the American Civil Liberties Union of Alabama.
“Abortion remains legal in Alabama. The state’s repeated attempts to push abortion out of reach by enacting unconstitutional laws restricting abortions has already cost taxpayers nearly 2 million dollars,” Marshall said. “This ill-advised law will cost taxpayers more money.”

Supporters of the Alabama law have also said they anticipated the action but hope to eventually convince the US supreme court to roll back abortion rights. The Alabama attorney general’s office did not immediately return an email seeking comment.

In an earlier court filing, a state attorney wrote that a federal judge is “for now” bound by supreme court rulings supporting abortion rights, but that Alabama hopes to eventually overturn those “tragically wrong decisions”.

“Our law was designed to overturn Roe v Wade at the supreme court level, and today’s ruling is merely the first of many steps on that legal journey,” said Alabama Republican representative Terri Collins, who sponsored the ban. “I remain confident that our mission will be successful and appreciate the support of millions of citizens who support our effort to preserve unborn life.”

READ  Coronavirus: Can your household bleach kill the virus? How to make your own disinfectant

Coronavirus test UK – how does the home test kit work?

Coronavirus warning – three digestive symptoms that could be something serious 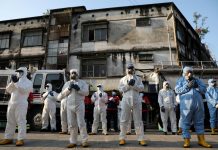 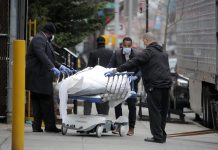