They starred together in Michael Mann’s 1995 movie Heat.

And on Tuesday, Al Pacino and Val Kilmer enjoyed a reunion at a Simply Shakespeare staged reading of The Merchant Of Venice benefiting The Shakespeare Center of Los Angeles.

Pacino, 79, and Kilmer, 59,  posed for photos with their arms around each other on the red carpet at LA’s Walt Disney Concert Hall. 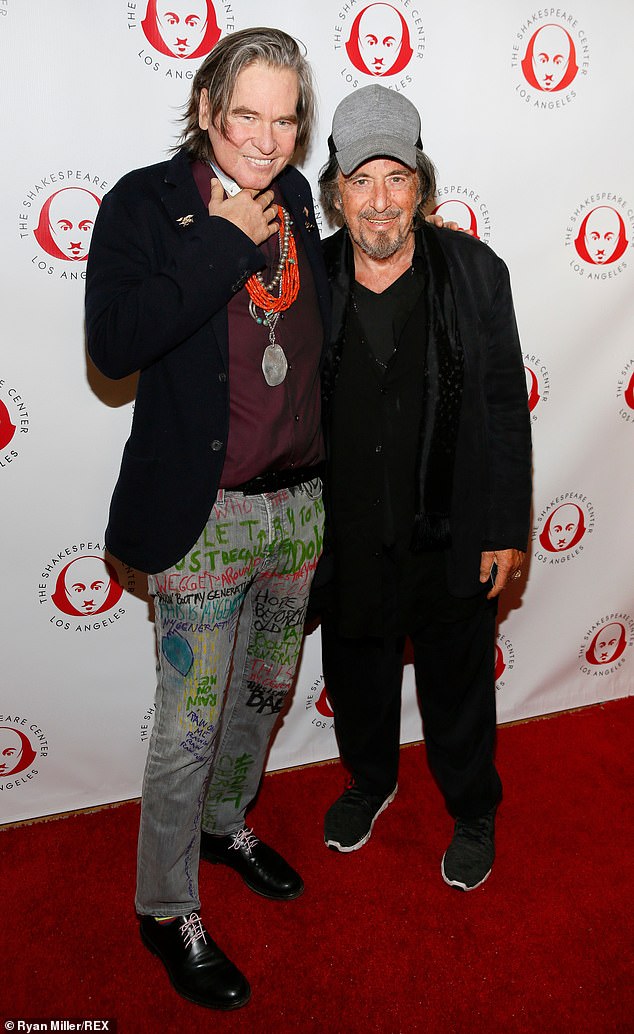 Old pals: They starred together in the 1995 movie Heat. And Tuesday, Al Pacino and Val Kilmer enjoyed a reunion at a Simply Shakespeare staged reading of The Merchant Of Venice in LA

Pacino headlined the staged reading as Shylock, a role he played in a Shakespeare In The Park production New York in the summer of 2010 that moved to a hugely successful limited run on Broadway.

Australian actor Geoffrey Rush joined the group to read the part of Antonio. 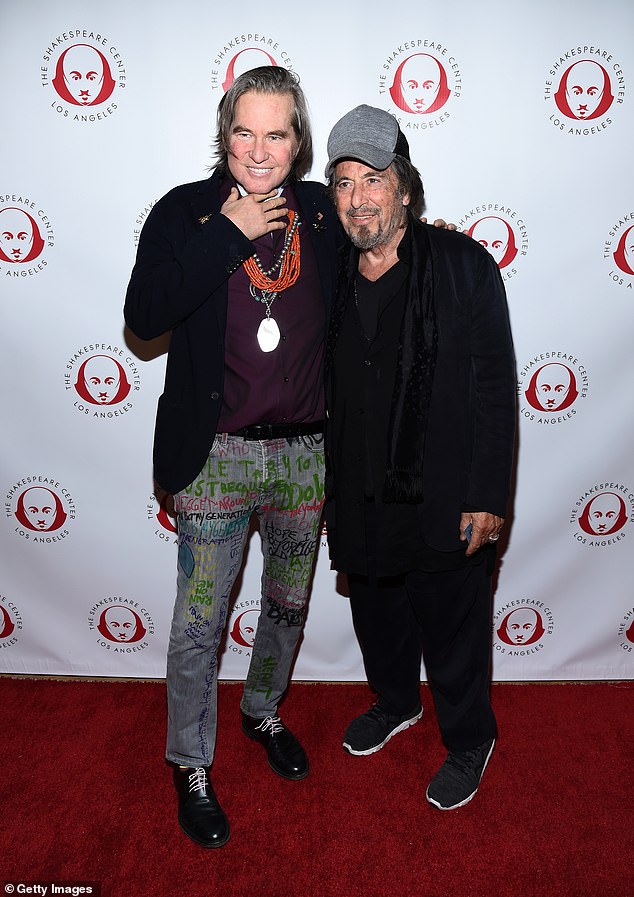 For a cause: Pacino, 79, and Kilmer, 59, posed for photos with their arms around each other at Walt Disney Concert Hall for the event benefiting The Shakespeare Center of Los Angeles 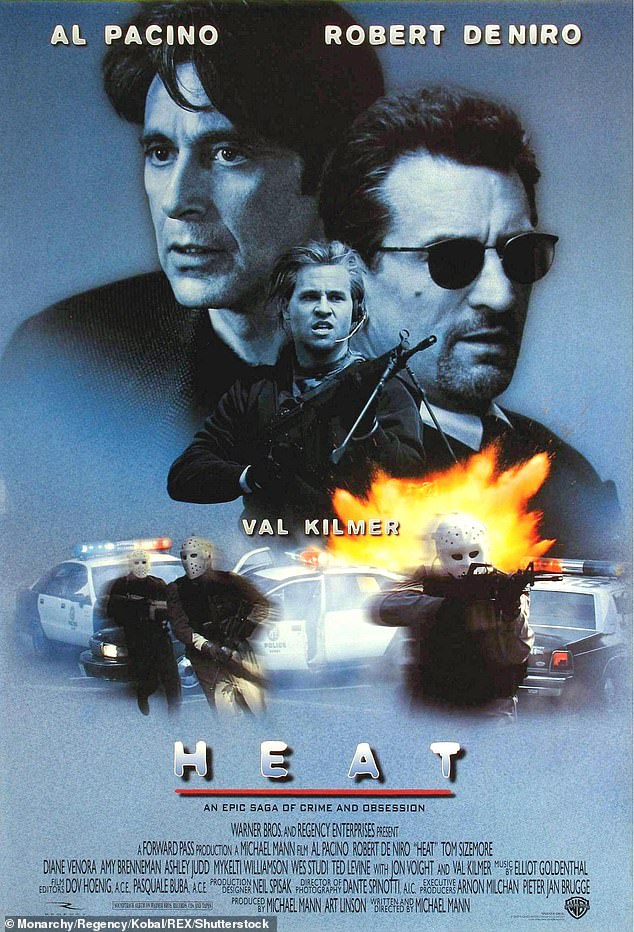 Back when: Pacino and Kilmer, along with Robert de Niro, starred in Michael Mann’s classic crime thriller set in Los Angeles 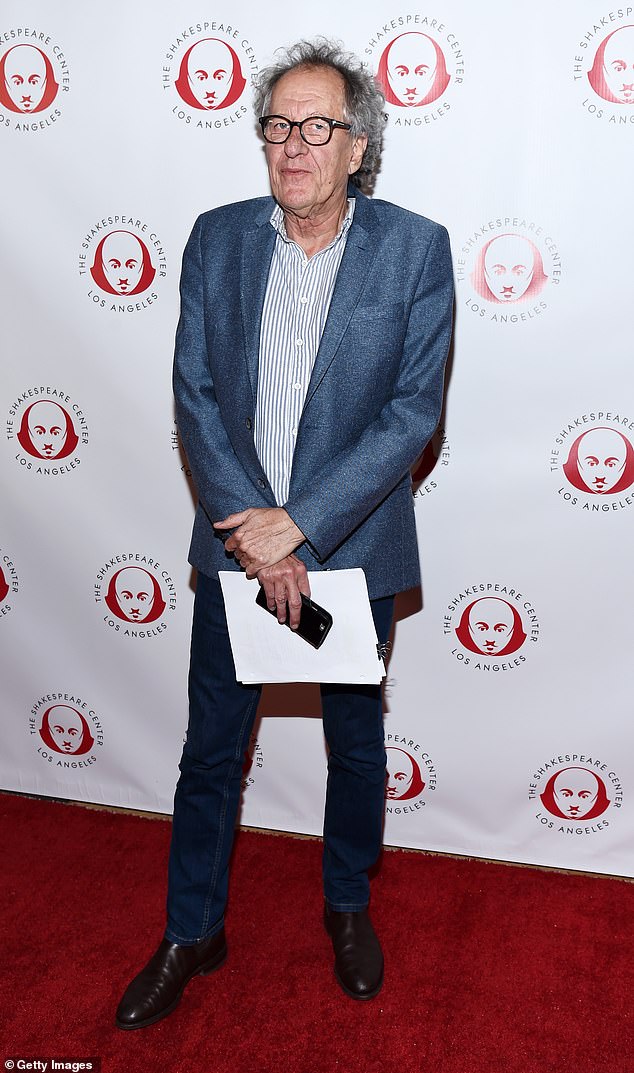 Supporter of the bard: Australian actor Geoffrey Rush, 68, also starred in the one-night only staged read, playing the part of Antonio 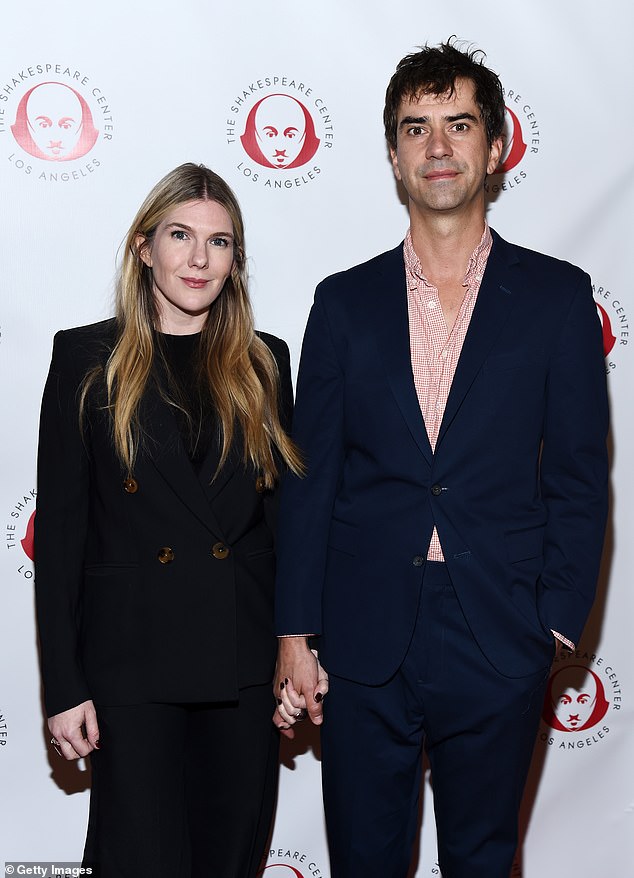 Cast: The event also reunited Pacino with Hamish Linklater and Lily Rabe, who starred with him in the Merchant of Venice on Broadway in 2010 and reprised their roles at the benefit

Kilmer has made limited public appearances for the past several years as he underwent treatment for throat cancer.

In December 2017, a profile of Kilmer in The Hollywood Reporter confirmed he’d been battling the disease for two years and that a procedure on his trachea had reduced his voice to a rasp and made him short of breath.

Last week, the actor, who is reprising his role as navy fighter pilot Iceman opposite Tom Cruise in Top Gun: Maverick, announced he will be releasing a memoir in April 2020.

Publisher Simon & Schuster says the book titled I’m Your Huckleberry, in a nod to Kilmer’s role as Doc Holliday in the 1993 film Tombstone, will address the devout Christian Scientist’s battle with cancer.

A statement on the publisher’s website reads: ‘While containing plenty of tantalizing celebrity anecdotes, ‘I’m Your Huckleberry’…. is ultimately a deeply moving reflection on mortality and the mysteries of life.’ 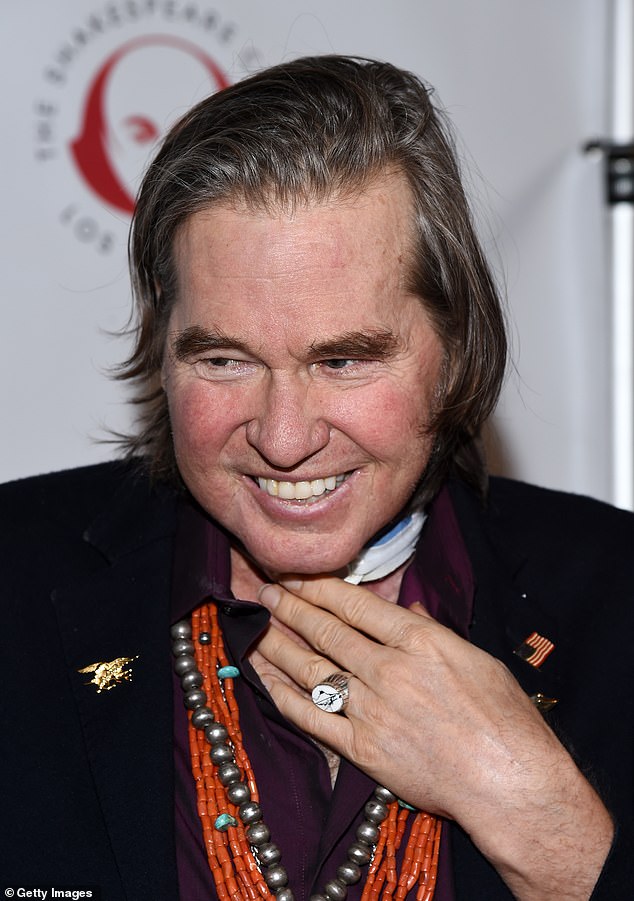 Frail: Kilmer has made limited public appearances for the past several years as he underwent treatment for throat cancer which included a procedure on his trachea 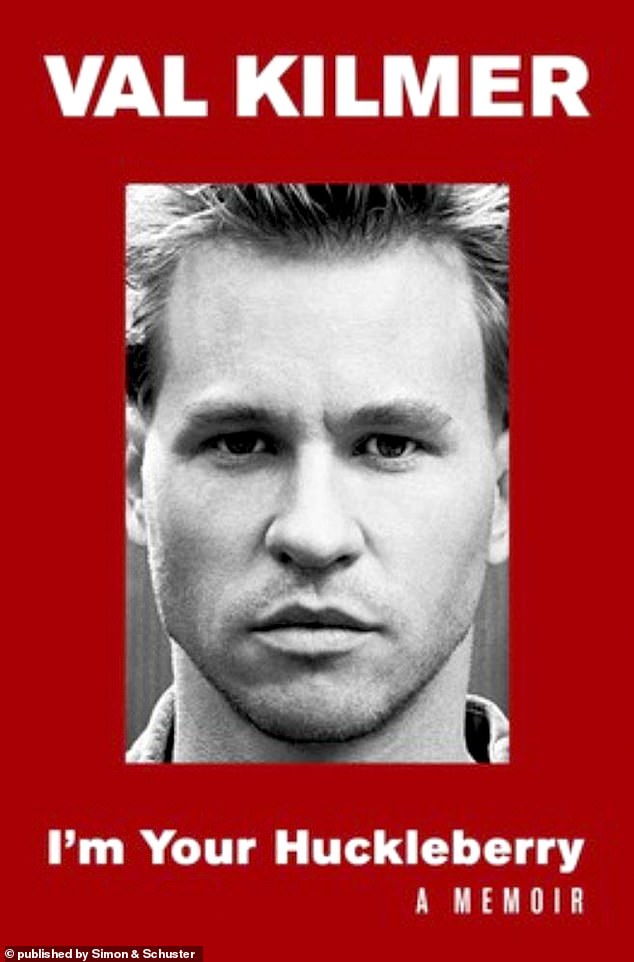 His story: Last week, Kilmer announced he will be releasing a memoir in April 2020. Published Simon & Schuster bills it ‘as a deeply moving reflection on mortality and the mysteries of life’

Meanwhile, director Michael Mann recently revealed that he is planning a second Heat movie, which will serve as both a prequel and a sequel to the 1995 movie.

Heat marked the first time that Pacino and Robert De Niro appeared on screen together.

Pacino starred as a Los Angeles detective pursuing De Niro’s heist gang boss across the city and the film is considered a classic crime thriller.

Mann told AFP in August that a book he is co-writing, which will serve as the basis for a movie, would explore the time De Niro’s character Neil McCauley spent in prison in his twenties, as well as the years Pacino’s cop Vincent Hanna worked on the Chicago police force before moving to Los Angeles.

In the meantime, Pacino and de Niro have reunited again for Martin Scorsese’s Netflix movie The Irishman. 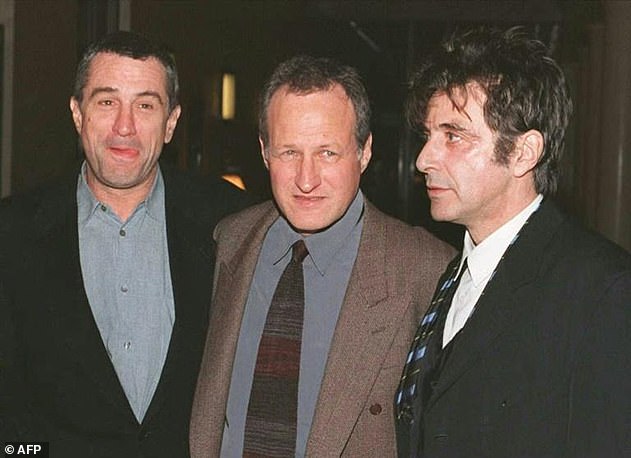 The story continues: Heat brought Pacino and De Niro together for the first time and now the director Michael Mann wants to make a follow-up that will serve as both prequel and sequel 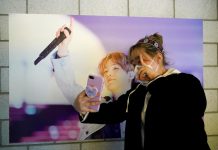 The English Game: Netflix replays the birth of modern football