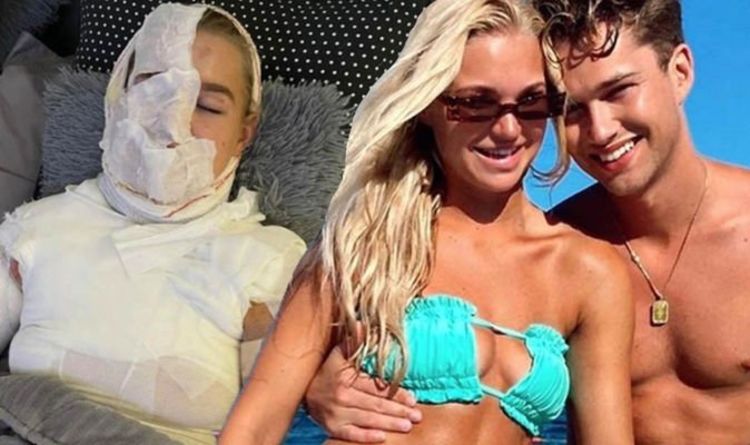 AJ Pritchard’s girlfriend Abbie Quinnen, 23, suffered third-degree burns after a blazing wine bottle exploded in her face, setting her hair and clothing alight. The Strictly dancer doused the flames and dialled 999, but was informed an ambulance would take a while to arrive, prompting him and younger brother Curtis Pritchard to rush Abbie to A&E themselves.

A source said: “Abbie was shocked and in a great deal of pain but AJ sprang into action to put out the fire with a wet tea towel.

“He was terrified himself but he did all he could to stop her from burning,” they added to The Sun.

Professional dancer Abbie has suffered third-degree burns and doctors fought to save her face and arms from severe scarring.