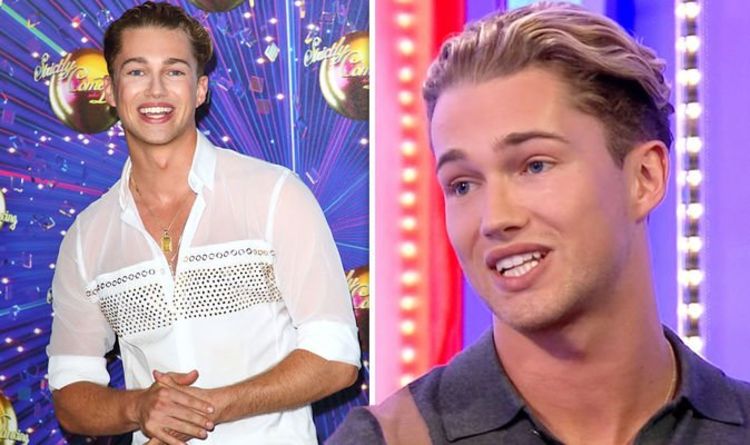 AJ Pritchard, 24, is best known as a professional dancer on Strictly Come Dancing. The dashing star first joined the cast in 2016 and has reached the semi-final of the competition with each of his three celebrity partners. Having become a household name on the BBC programme, AJ has now turned his hand to modelling. Today, he announced he had signed with Elite Model Management, whose talent has included the likes of Linda Evangelista, 54, Naomi Campbell, 49, Tyra Banks, 45, and Monica Bellucci, 54.

A statement released to media said AJ’s representatives at Elite would be handling his “fashion, grooming and lifestyle endorsements”.

While AJ already has some modelling work under his belt, signing with Elite marks a big move for his modelling career.

The Strictly star shared the news with his 477,000 followers on his Instagram story.

Earlier this week, he showed off his prowess in front of the camera at the Strictly Come Dancing 2019 red carpet launch.

Joining his fellow pros, the judges and the celebrity line-up, AJ took to the stage to perform a routine before hitting the red carpet for pictures.

One snap showed him posing solo, closing his hands comfortable in front of him as he beamed down the lens.

In another, the young dancer joined his fellow male pros for a fun group shot, bending down on one knee and pointing at the camera while pulling a funny face, sticking his tongue out.

AJ is returning for his fourth series of Strictly and has already been had at work in rehearsals for the professional group dances.

Although he has previously been paired with a celebrity all three years on the show, fans will have to wait until the launch programme to find out if he gets a partner this time around.

Last night, AJ Pritchard appeared to let slip a hint about his Strictly partner during an appearance on The One Show.

On the subject of who he would like to get, he said: “I think Saffron [Barker]. We could make it to the final.

“There is is, I’m throwing it out there,” he quipped.

The dancer also noted he was likely to be paired with the shortest female celebrity due to his height.

Saffron, 19, is a social media star who made a name for herself on YouTube.

Following the launch show, the blonde beauty gushed about her excitement on Instagram, telling her 1.2 million followers: “Day one and I already never want this to end!”