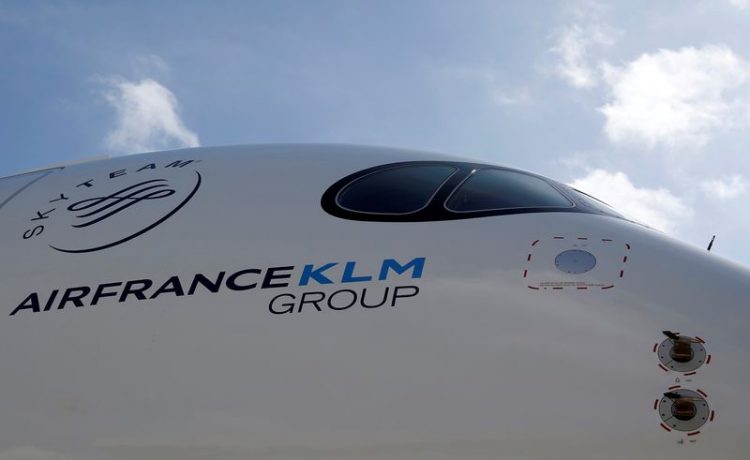 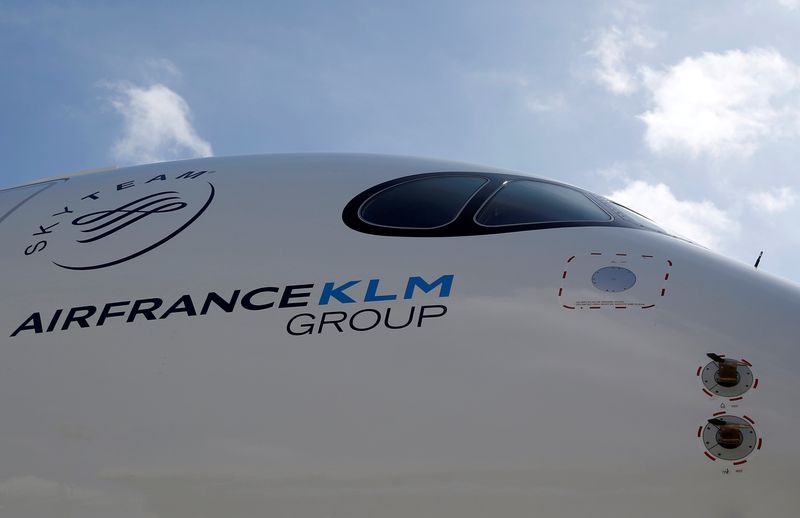 © Reuters. FILE PHOTO: Logo of Air France KLM Group is pictured on the first Air France airliner’s Airbus A350 during a ceremony at the aircraft builder’s headquarters of Airbus in Colomiers

PARIS (Reuters) – The French government on Friday called on Air France to avoid mandatory layoffs as the airline prepared to announce some 7,500 job cuts to cope with a collapse in travel due to the coronavirus pandemic.

Managers at the airline, part of Air France-KLM (PA:) Group, are due to meet labour unions in Paris on Friday to detail the redundancy plans affecting some 15% of all employees, including pilots, stewards and ground staff.

At least half of the cuts will likely entail voluntary departures and retirement plans, sources familiar with the matter said this week, while 1,000 jobs are likely to be cut at Air France’s “HOP!” airline.

But the prospect of possible compulsory layoffs has raised alarm among workers and the French state, which has granted Air France 7 billion euros (£6.31 billion) in aid to help it survive the pandemic.

“A successful labour reorganisation is one where there are no forced departures,” junior economy minister Agnes Pannier-Runacher told Sud Radio on Friday.

Pannier-Runacher said the government’s aid package for the airline, which included state-backed loans, was justified as the carrier was “on the edge”, but called on Air France managers to pursue cutbacks responsibly.

Aircraft maker Airbus’ (PA:) plans to cut some 15,000 jobs across Europe – with a third of those in France – sparked similar warnings this week, as a wave of restructuring triggered by the virus outbreak begins to hit.

Under CEO Ben Smith, who joined from Air Canada in 2018, Air France-KLM has sought to cut costs, improve French labour relations and overcome governance squabbles between France and the Netherlands, each owners of close to 14% of the group.