After controversial social media posts, 'The Mandalorian' star Gina Carano is no longer a part of 'Star Wars' future 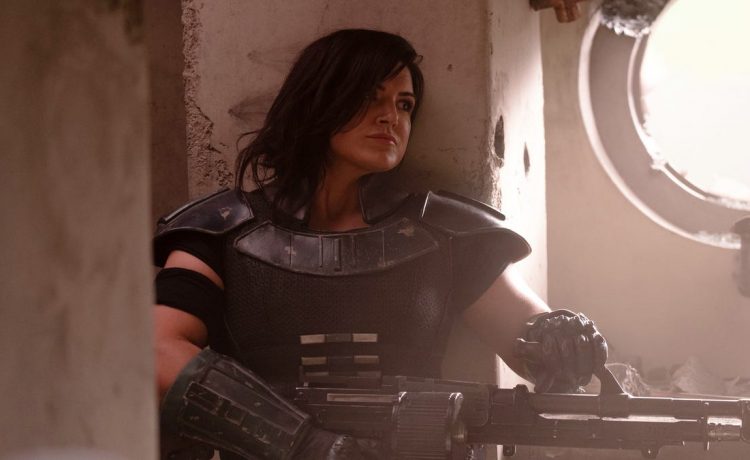 It appears The Force isn’t strong with Gina Carano anymore.

After the star of “The Mandalorian” and former mixed martial arts fighter received backlash online Wednesday for sharing a series of incendiary social media posts and memes mentioning Jeffrey Epstein and comparing conservatives in the U.S. to Holocaust victims, Lucasfilm confirmed to USA TODAY that Carano is no longer a part of the popular Disney+ show.

In a statement, the company said it didn’t currently employ Carano, who played ex-Rebel soldier Cara Dune, and there were no plans for her to be in future episodes of “The Mandalorian.” Lucasfilm simultaneously denounced Carano’s posts as denigrating people’s cultural and religious identities, calling them abhorrent and unacceptable.

USA TODAY reached out to Carano’s reps for comment.

The news comes on the heels of the hashtag #FireGinaCarano trending on Twitter Wednesday as fans screen-grabbed the star’s deleted posts, including an anti-Semitic Instagram story that she shared from another user that equivocated the treatment of Jews during the Holocaust to a disagreement over beliefs: “How is that any different from hating someone for their political views?” the meme read.

The Twitter user who shared Carano’s deleted post asked, “Did she just compare the Holocaust to being a Republican?”

Another user added “this Gina Carano nonsense not only confirms that anti-Semitism is alive and well, but also that so many people continue to believe Jews to be somehow complicit in their own genocide.”

This Gina Carano nonsense not only confirms that anti-semitism is alive and well, but also that so many people continue to believe Jews to be somehow complicit in their own genocide.

According to Variety, Carano also shared a photo of a person with several cloth masks covering their face and head along with the caption: “Meanwhile in California.”

Carano was a frequent guest star on “The Mandalorian” since the first season, with Dune often helping the title character (played by Pedro Pascal) on his mission to keep Grogu (aka Baby Yoda) safe from Imperial forces hunting the tiny alien creature.

Pascal, whose sister recently came out as a trans woman, assisted Carano last fall after she mocked people putting gender pronouns in their social bios by adding “boop/bop/beep” to her Twitter profile.

Carano said her co-star helped her understand why they were important. “I didn’t know before but I do now,” she wrote on Twitter at the time, adding that she stood against bullying, “especially the most vulnerable.”