NewsGroove Uk
NewsGroove Uk > Science > After 150 years, is it time to flip the periodic table on its head?
Science

After 150 years, is it time to flip the periodic table on its head? 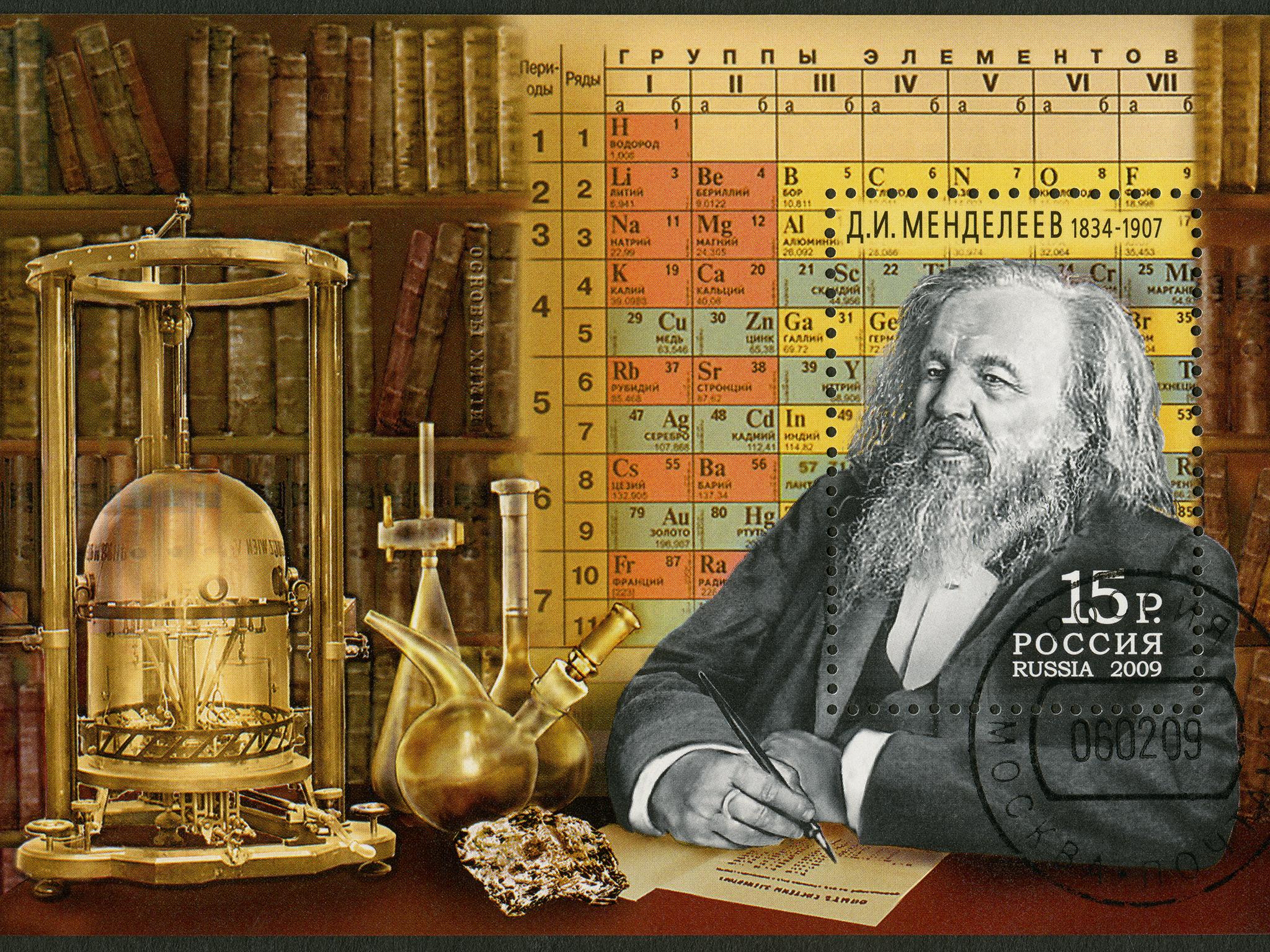 When Sir Martyn Poliakoff, a chemist at the University of Nottingham, heard about a game called Periodic Table Battleship, he couldn’t help but imagine a player’s perspective of the opponent’s inverted fleet of elements.

This catalysed a mad idea. In May – coinciding with Unesco’s International Year of the Periodic Table, which marks its 150th anniversary – Poliakoff and collaborators, including his daughter, Ellen Poliakoff, an experimental psychologist at the University of Manchester, published a paper with a recommendation: “Turning the periodic table upside down.”

“Since 1869, generations of chemists have proposed variations in format to improve the table, to make it clearer or just to make it more fun,” they wrote. The periodic table of elements, devised by Russian chemist Dmitri Mendeleev, is a two-dimensional array of the chemical elements, ordered by atomic number and arranged 18 across by orbitals. It presents a schema of patterns and trends that enables scientists to predict elemental properties, reactivities and even new elements. It has been called “nature’s Rosetta Stone”, “the chemist’s map” and “probably the most compact and meaningful compilation of knowledge yet devised”.

“Much like if I look at a map of the United States, and I’m in Maine, I can tell that the temperatures there are going to be lower than if I were in Florida,” Gregory Girolami says in a joint interview with his wife, Vera Mainz. Both are inorganic chemists at the University of Illinois at Urbana-Champaign. With Carmen Giunta, a chemist at Le Moyne College in Syracuse, New York, they organised a 150th anniversary symposium, held this week during the American Chemical Society’s national meeting in San Diego.

“If you tell me an element is in a certain place,” Girolami says, “I can tell you lots of things about it – whether it’s a metal or not, whether it is abundant on Earth or not – simply by noting its location in the periodic table.”

Mainz adds, “If you want to communicate with an alien race, put up a periodic table.”

The Internet Database of Periodic Tables lists more than 1,000 versions, including a table of elemental scarcity, as well as cupcake, clock, Lego and haiku variations, and more technical adaptations. Mathematician and musician Tom Lehrer set it to music (by Gilbert and Sullivan), and Italian chemist, writer and Auschwitz survivor Primo Levi used it as the basis for an idiosyncratic memoir (The Periodic Table).

“Many people seem to believe that there is only one true periodic table, either that exists or is waiting to be discovered, and they go to great lengths to debate the validity of the different types,” says Poliakoff, who is a YouTube personality with his Periodic Videos. “My feeling is that most types are equally valid, and it just depends what you are trying to show.”

The upside-down version aimed to show the value of a fresh perspective. “We are not claiming that our version is in any way ‘more correct’ than the traditional table,” the authors wrote.

The periodic table brought solidity to a field of inquiry that had long been squishy. Sir Isaac Newton, in Query 31, a section in his 1717 work Opticks, listed and ranked chemical compounds according to their reactivity. In 1718, the first “affinity table” by French chemist Étienne François Geoffroy ranked the reactivity of materials in graphical form. Close observers of nature noted that certain chemical elements like lithium, sodium and potassium – known today as alkali metals – were all soft and floated in water. But such qualitative classifications offered only a shaky foundation.

The breakthroughs began in 1860 when Stanislao Cannizzaro, an Italian chemist, grounded the discussion of atomic weight. There had been conflicting lists of atomic weights circulating and varying assumptions about what constituted an atom versus a molecule. Cannizzaro produced a list of the atomic weights of the known elements, along with a rationale for the values, which he handed out as a pamphlet at a conference in Karlsruhe, Germany.

“That opened the door for what I like to call the simultaneous discovery by six individuals, over a period of about seven years, culminating in Mendeleev,” says Eric Scerri, a historian and philosopher of science at the University of California, Los Angeles, and an expert on the history of the periodic table. (An updated edition of his book The Periodic Table: Its Story and Its Significance will be published in October by Oxford University Press.) In 1862, French geologist Alexandre-Émile Béguyer de Chancourtois produced a three-dimensional table, inscribing elements around a metal cylinder. John Newlands, a sugar chemist in London, arranged elements in order of atomic weight, in groups of eight. “It was laughed at and dismissed,” Scerri says.

Lothar Meyer, a German chemist, created a partial periodic table in 1864 and a more complete version in 1869. “Structurally, Meyer and Mendeleev’s tables were very similar,” says Alan Rocke, a science historian at Case Western Reserve University, who gave a talk about Meyer at the ACS anniversary symposium.

Initially, the table’s periodicity and predictive powers seemed like a “numerological mystery”, Rocke says. In the 20th century, the periodicity was explained by quantum physics – specifically, the physics of how electrons orbit the nucleus. Lithium, sodium and potassium, which nicely align in the table’s first vertical column – group one, the alkali metals, with rubidium, caesium and francium – all have one electron in their outer electron shell.

Both chemists constructed many tables over many years, tweaking them in response to new discoveries and better data. Eventually Mendeleev’s won out. When gaps emerged in the patterns of his tables, he made predictions about what should appear. Some were wrong, but he accurately foretold the existence of three elements: gallium, germanium and scandium. “Prediction is psychologically dramatic,” Scerri says. “If a scientist predicts something and it comes true, there is a sense in which that scientist knows the secrets of nature or almost knows the future.”

But science rarely advances by revolution, Scerri says: “Science is an activity carried out by hundreds of thousands of researchers all contributing to the general picture that eventually emerges.”

That was a theme at the anniversary symposium. Brigitte Van Tiggelen, a chemistry historian at the Science History Institute in Philadelphia, discussed the work of Ida Noddack, a German chemist who discovered rhenium, and Lise Meitner, an Austrian-Swedish physicist who, with Otto Hahn, discovered protactinium. Tiggelen is an editor of a new book, Women in Their Element, that explores more than 30 similar stories, including, of course, that of Marie Curie, who discovered two elements, radium and polonium, and twice won the Nobel Prize. “We present the story as a communal enterprise,” Tiggelen says.

Among its achievements, the periodic table let chemistry shed the taint of alchemy. Newton was of little help in this regard: he was obsessed with “chymistry” – synonymous with alchemy, according to the Oxford English Dictionary – and with identifying the philosopher’s stone that would transmute base metals into gold.

For several years, William Newman, a historian of science at Indiana University, has been replicating Newton’s work and, more recently, has tried to identify the ingredients of Newton’s brew. “Some of the compounds that Newton made are not in our data libraries,” says Newman, who recently published a book, Newton the Alchemist: Science, Enigma, and the Quest for Nature’s ‘Secret Fire’. “He was synthesising new materials that still may not have been discovered.”

Even in the bright light of modern science, chemical reactions remain profoundly captivating, Scerri says: “In a physical mixture, you get the sum of the parts when you mix A with B. In chemistry, you combine A and B, and you get something qualitatively new.”

Consider the reaction between sodium, a silvery poisonous metal, and chlorine, a green poisonous gas. “When they react together they produce something completely different, which is not only nonpoisonous, but essential for life, namely salt,” Scerri says. “That’s magic.”

And alchemy of a kind is at work in the twilight zones of the periodic table, where nuclear physicists and radiochemists push the boundaries with new elements. The heaviest naturally occurring element on the table is uranium, with the atomic number 92 (because it has 92 protons in its nucleus). But the periodic table contains still more; the heaviest so far is element 118, oganesson, a “super-heavy” element with 118 protons and a half-life of half a millisecond. It was first synthesised in 2002 by Yuri Oganessian and a Russian-American team at the Joint Institute for Nuclear Research in Dubna, north of Moscow.

Starting in 2020, scientists will attempt to synthesise elements 119 and 120, with a newly inaugurated Superheavy Element Factory and an experimental apparatus that is 100 times more sensitive. They hope to reach the “island of stability”, a fabled region of the periodic table populated by superheavy elements with greater longevity. Superheavy elements present tricky questions, Oganessian says. Will these elements behave the way the periodic table predicts? So far, only some deviations in behaviour are expected. But as atomic numbers go up, deviations will increase.

So, will the periodic table hold up? Or as Pekka Pyykko, a computational chemist at the University of Helsinki, put it in the title of a 2016 paper: “Is the periodic table all right (‘PT OK’)?” Probably, with modifications, he concluded. Pyykko formulated a periodic table that chemically classifies the elements up to atomic number 172.

He noted, though, that the probability of finding the heaviest elements is less than hitting a golf ball in Tokyo and making a hole in one on the top of Mount Fuji. If scientists get lucky, the resulting super-superheavy elements might even have nuclei with exotic shapes, like a doughnut.

“Nobody quite believes in those,” Pyykko says. “But it’s one theoretical possibility.” Another possibility is a nucleus containing a magic number of protons or neutrons or, ideally, both – that is, a sufficient number to be arranged into complete subatomic shells. “Doubly magic nuclei, of which many exist, tend to have the highest stability,” he says. “If you could find a double magic nucleus, then you would have the best chances.”