AEW roster: Who will be in the WWE rival's first videogame? – MSN UK 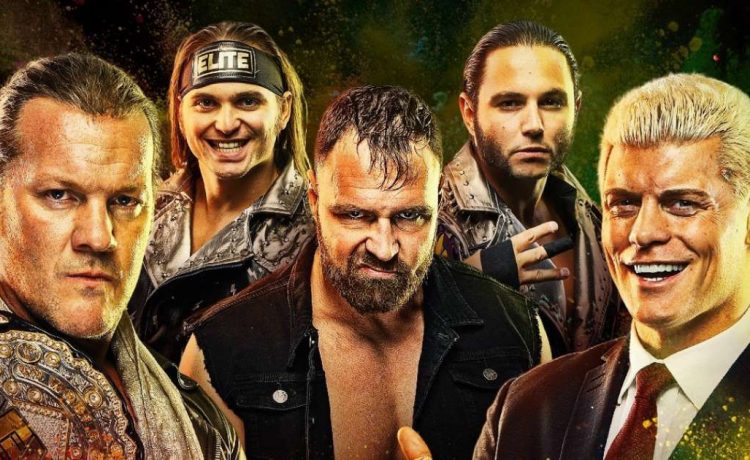 WWE exiles such as Dean Ambrose, Luke Harper and Rusev continue to expand the expected AEW roster for its upcoming videogame. Details are scarce, but executive vice president Cody Rhodes is positive: “[It’s] something all fans will know about as we move forward,” he said in April. “If we are to make a very good game, which is our intention, it’s going to take time.” Below are a selection of grapplers GR expects to make the AEW roster on (fingers crossed!) PS5 and Xbox Series X.

The man known as Hangman Page during spells in ROH and NJPW holds the honour of winning the first ever match at the first ever AEW event: a 21-man Casino Battle Royale which opened the Double Or Nothing pay-per-view in May 2019. In January 2020 he captured the AEW tag titles alongside Kenny Omega in a tandem known as The Elite.

Renowned for her dominant spell in TNA from 2007 to 2010, Kong was renamed Kharma after being poached by WWE, and indeed appeared in WWE 12 (as DLC) and WWE 13. But in real rings she became lost in the mix, aside from a cameo in the men’s Royal Rumble. Signing for AEW has inspired a return to form.

The former member of DX and New Age Outlaws recently returned to the ring to complete in Battle Royals, and has teamed with son Austin in dark (i.e. non-broadcast) matches as The Gunn Club. AEW needs ‘legends’ representation to maximise sales, so expect both Gunn and fellow coach Jerry Lynn as playable characters.

As of mid-November 2019, AEW’s chief brand officer had only wrestled once in the company, defeating Allie at July’s Fight For The Fallen event with assistance from Awesome Kong. Even so, her name value and family ties – wife to Cody Rhodes, sister-in-law to Dustin Rhodes – ensure she’ll be in any video game, even if real-life in-ring appearances are intermittent.

The best wrestling gimmicks are a hybrid of fiction and reality, where you can’t really tell that the person behind it is acting – and this is very much the case with Baker. Her onscreen character is a dentist, because she is indeed a practising dentist in real life, too. And a fine wrestler too, who’ll be in AEW Women’s World Championship contention for some time.

Former Wyatt Family member Luke Harper was horrendously under-utilised in his WWE spell from 2012 to 2019, and there is no chance AEW makes the same mistake. He debuted under his old ring name of Brodie Lee in March 2020, attacking SoCal Uncensored as the leader of new faction The Dark Order. The role looks made for him.

A bona fide legend who features high on our list of WWE 2K20 missing wrestlers, after signing for AEW and becoming the first AEW World Champion at All Out in August 2019. Among his other achievements are four World Championships in WWE, two in WCW, nine Intercontinental Championships, and seven studio albums as the frontman of Fozzy.

This trio, AKA SoCal Uncensored, dominated team-based proceedings in 2019, with Sky steering Kazarian and Daniels – a tandem known as The Addiction in their ROH days – to AEW tag title glory. A glorious run ended when they dropped the belts to Adam Page and Kenny Omega in January 2020, but their experience and class still makes them certainties for the videogame roster.

Dusty Rhodes’ youngest son is one of the big names highlighted in our 15 wrestlers you’ll never see again in a WWE game feature. That’s because he and indie favourites the Young Bucks are the trio that set up AEW – and, along with Kenny Omega, now act as its executive vice presidents. Meaning his days working for Vince McMahon are long over.

Cody’s big brother was still with WWE when AEW sprang to life, portraying his long-standing character of Goldust. Upon expiry of his contract he departed in April 2019, and immediately leapt into a blood feud with his sibling, which was settled in a brutal and brilliant brawl at Double Or Nothing. Even at 50, Goldy can still go.

A veteran of the squared circle at just 31, Shida’s signing with AEW spelt the end (for now) of a sparkling eleven-year career in her home country of Japan. Can’t wait until the AEW game to play as her on PS4? Then jump to our best AEW CAWs for WWE 2K20 feature and unleash Shida in universe mode ASAP.

Another veteran of WWE videogames, having appeared as Jack Swagger in Yuke’s’ series from WWE Smackdown vs Raw through to WWE 2K17. Hager switched to mixed martial arts upon departure from WWE, where he holds a record of two wins, no losses and one no contest. He immediately aligned with Chris Jericho in his first AEW appearance.

Is it madness to suggest AEW’s legendary commentator as a playable character in its videogame? Perhaps, but as with Billy Gunn, it needs as many marketable mainstream names as possible. There is a precedent, too: Ross was playable as DLC back in WWE 12.

The former Dean Ambrose is AEW’s most shocking signing. He seemed well set in WWE as a former member of The Shield, and his wife, Renee Young, still works there. Even so, after differences with the creative team he quit WWE when his contract expired in April 2019. Moxley dethroned Chris Jericho to become AEW world champion at Revolution in February 2020.

Arguably the best wrestler of the last ten years not to have been wooed by WWE. Omega has racked up classic matches and feuds in numerous organisations based in both America and Japan, and contested memorable contests with Chris Jericho and Jon Moxley during AEW’s formative months. In January of this year he teamed with Adam Page to nab the AEW tag championship.

After sneaking in one WWE appearance during the spring of 2019 (a losing effort to the Iiconics), Statlander signed with AEW at the year’s close – and immediately became number one contender to the women’s title by defeating Britt Baker. Ultimately her title bout with Riho ended in defeat, but a run with the gold later in 2020 feels like a strong possibility.

Wrestling fans loved seeing Hardy’s ‘Broken’ gimmick finally make its WWE debut in a 2017 feud with Bray Wyatt, but upon return from injury in 2019 the character was never mentioned again. Bah. Thankfully Hardy’s jump to AEW in March 2020 saw it reintroduced, and here to stay for at least another couple of years. Delete, delete, delete…

If Omega is this decade’s MVP of independent one-on-one wrestling, the Young Bucks can claim the same honour from a tag perspective. Chikara, Ring Of Honor, Dragon Gate and NJPW have all hosted staggeringly great matches from the pair, and at All Or Nothing they captured their first Mexican title, the AAA World Tag Team Championship, from the Lucha Brothers.

Happy Rusev Day! Forever undervalued during his WWE days, the former ‘Bulgarian Brute’ resurfaced in AEW on 9 September 2020, as the best man for Kip Sabian’s onscreen wedding to Penelope Ford. Real-life wife Lana is still in WWE, but you’d expect her to make the leap too when her contract eventually expires.

Those initials stand for Maxwell Jacob Friedman – and while they might not carry the same gravitas as HHH or JBL at this point, MJF is at least more upwardly mobile than recently released WWE outcast EC3. Aged just 23 and already feuding with main eventer Cody Rhodes, an AEW Championship win by 2021 feels like an attainable goal.

Ever see Canadian TV series The Switch? Then you’ll recognise Rose as lead character Sü, an IT manager forced to rebuild her life after coming out as transgender. She’s the first trans person to sign with a major American wrestling company, and contested AEW’s first women’s championship bout in October 2019 – coming up just short against Riho.

Known as Neville in his 205 Live days, this Geordie lad’s departure from WWE was infamously frosty. In October 2017, Pac walked out ahead of an episode of Raw in which he was due to lose to Enzo Amore – and despite rumours of positive discussions backstage, he’d never be seen in WWE again, eventually departing in August 2018.

In mid-June, TNT champion Cody Rhodes offered an open challenge for his title on an episode of AEW Dynamite – and it was answered by former NWA World Television Champion Starks. His effort fell short of downing Rhodes, but in storyline the performance was sufficient to trigger an immediate contract offer from AEW big boss Tony Khan.

Aged just 22, Riho is – incredibly – a thirteen-year veteran of the squared circle. No, you’ve not read that incorrectly: she began working for the Ice Ribbon promotion in her homeland of Japan at the age of nine. After seven years with Gotah Move Pro Wrestling she jumped to the US and joined AEW, becoming its first women’s champion in October 2019.

Spears may not have the name value of Goldust, Jericho or Moxley, but he’s another to have taken exit following the release of WWE 2K19 – where he was known as Tye Dillinger – to sign for its new rival. Shockingly, he turned his back on the fans and established himself as a heel by attacking Cody Rhodes with a chairshot to the head.

As discussed in the Billy Gunn and Jim Ross entries, AEW must lean on famous names from the past to maximise widespread interest in its games – and that means including former WWE, WCW and ECW faves. Taz ticks two of those boxes, and after signing a multi-year deal on the AEW broadcast team should now be considered in strong contention for a playable roster spot.

Formats and release dates for the AEW videogame are still to be released. If you prefer your wrestling McMahon-flavoured, then be sure to head over to our profile of the WWE 2K20 roster.