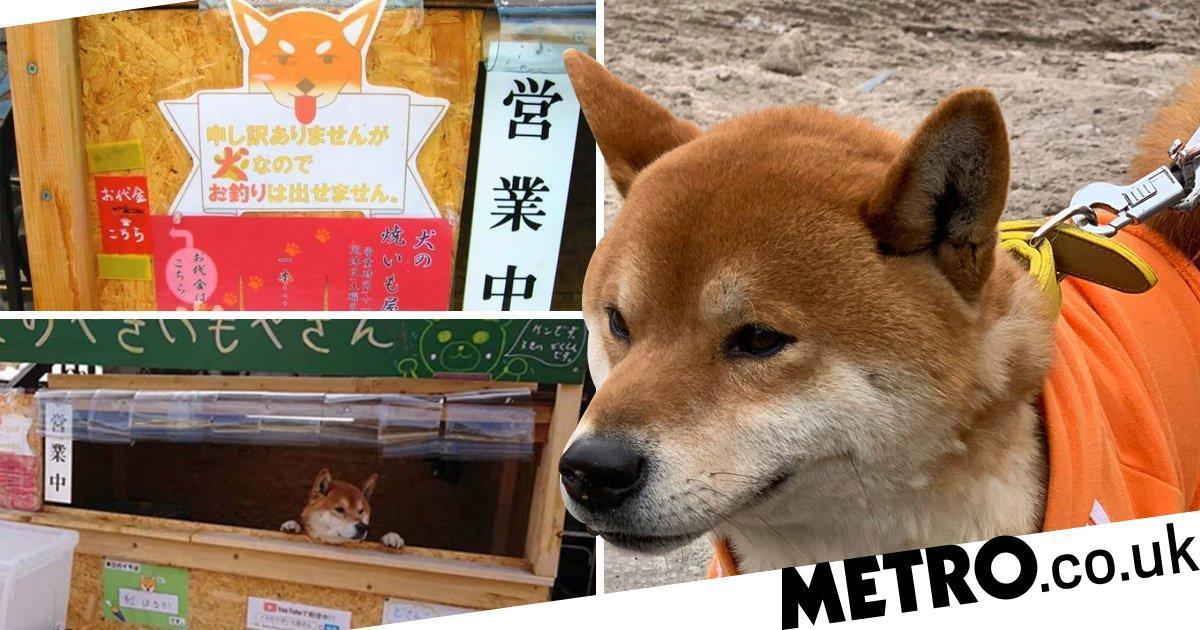 This is Ken-kun being a very good boy and greeting customers at his sweet potato stall.

The three-year-old Shibu Inu is one of the dogs in this world that has a job – and according to a post on 9Gag that’s gone viral, he’s doing a fantastic job at that.

On the island of Hokkaido, Japan, Ken-kun mans the stall all day, with customers coming up and taking roasted sweet potatoes.

Although Ken-kun can’t take card payments or direct you to the best condiment, he keeps customers company by popping up in the stall when they arrive.

Then, they choose their desired roasted sweet potato from the box, and put the right money (100 yen/68 pence) in a special slot.

A sign beside Ken-kun reads ‘because I am a dog, I can’t give you a change’, and if people pay more, it simply gets spent on extra food for the four-legged shopkeeper.

It’s not a case of all work and no play for this special boy, though. His owner takes him for walks around Sapporo City where they live.

Shiba Inus are known to be confident and loyal dogs, although sometimes they can be wary around strangers.

They’re often seen as ‘big dogs in little bodies’ as they like to go their own way and can be somewhat strong-willed.

That doesn’t seem to be the case for Ken-kun, though, who is apparently known to never try and chase customers who don’t abide by his stall’s honesty policy.

Just one look in those sweet eyes and there’s no way you could leave Ken-kun without money for chew toys and treats.

AD FEATURE: What is ‘flexitarianism’ and why should you be doing it?

READ  Orphaned hare still visits family who hand-reared her during lockdown
Share on FacebookShare on TwitterShare on PinterestShare on Reddit
newsgrooveMarch 26, 2019

Environmental protection could benefit from 'micro' as well as 'macro' thinking