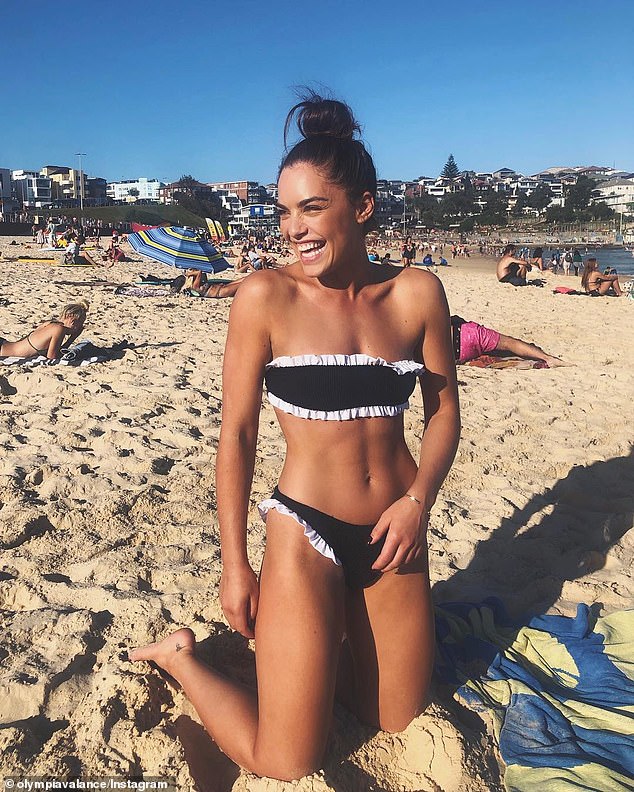 ‘Maybe I’ll ask to come back’: Actress Olympia Valance hints she could reprise her role on soap Neighbours for the upcoming 35th anniversary of the beloved series

Actress Olympia Valance has hinted a return to soap, Neighbours.

Speaking to The Daily Telegraph on Friday, the 26-year-old said she might return to the beloved show for the 35th anniversary season of the series.

Playing Paige Smith on the series, Olympia reflected on her breakthrough role: ‘I felt by the end of Neighbours, whatever I could do, I did,’ she said.

Comeback: Actress Olympia Valance (pictured) has hinted she could reprise her role on iconic soap Neighbours for its 35th anniversary season, according to a report in The Daily Telegraph

Explaining her reasons for leaving the show, she added: ‘I never wanted to resent the place; I love it too much,’ before hinting she might be part of the show’s line-up.

‘With the 35 years of Neighbours coming up soon…maybe I’ll ask to come back,’ she said, with it not confirmed if she will reprise her role. 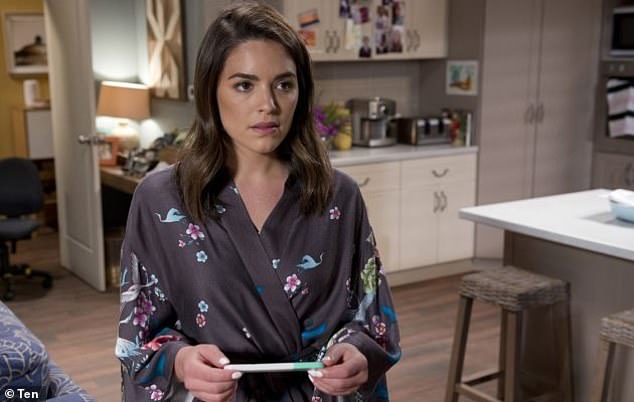 A return? ‘With the 35 years of Neighbours coming up soon… maybe I’ll ask to come back,’ Olympia said, hinting she could make a return to the beloved soap. Pictured as Paige

Recently, the burnette beauty has been appearing on Channel Ten’s Dancing With the Stars reboot.

In March, Olympia spoke to TV Week magazine about the gruelling rehearsals with her dance partner, Jarryd Byrne, for the show.

‘My body has never looked so good and I’ve never been this fit,’ Olympia said.

‘I train regularly, but this has just taken me to another level.’ 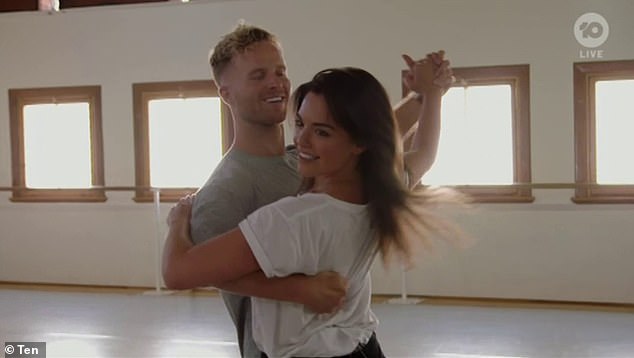 Intense: Recently, the burnette beauty has been appearing on Channel Ten’s Dancing With the Stars reboot. Pictured with dance partner  Jarryd Byrne

She added: ‘We [she and dance partner Jarryd] train and rehearse five hours a day, so it’s a lot of crazy cardio and I’m sore every day, but it’s paying off.’

Last September, Olympia revealed she is relishing the opportunity to play glamorous WAG Tahlia Woods on Playing For Keeps.

The actress told NW magazine she was only too happy to leave good girl Paige behind in order to play the raunchy brunette.

‘As much as I loved Neighbours, it’s great going from a G rating to an M rating,’ the brunette beauty admitted. 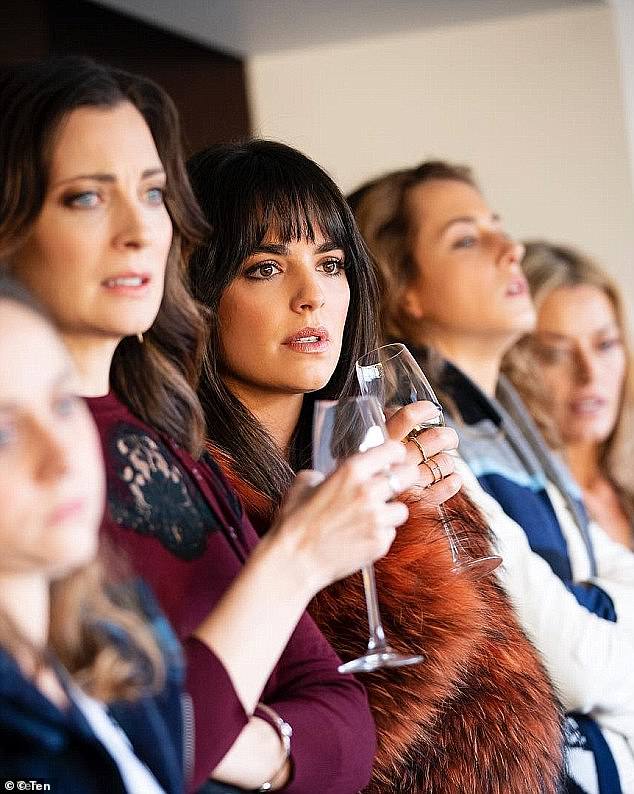 Nice change: ‘As much as I loved Neighbours, it’s great going from a G rating to an M rating,’ Olympia (pictured) told NW Magazine in September about her role on Playing for Keeps