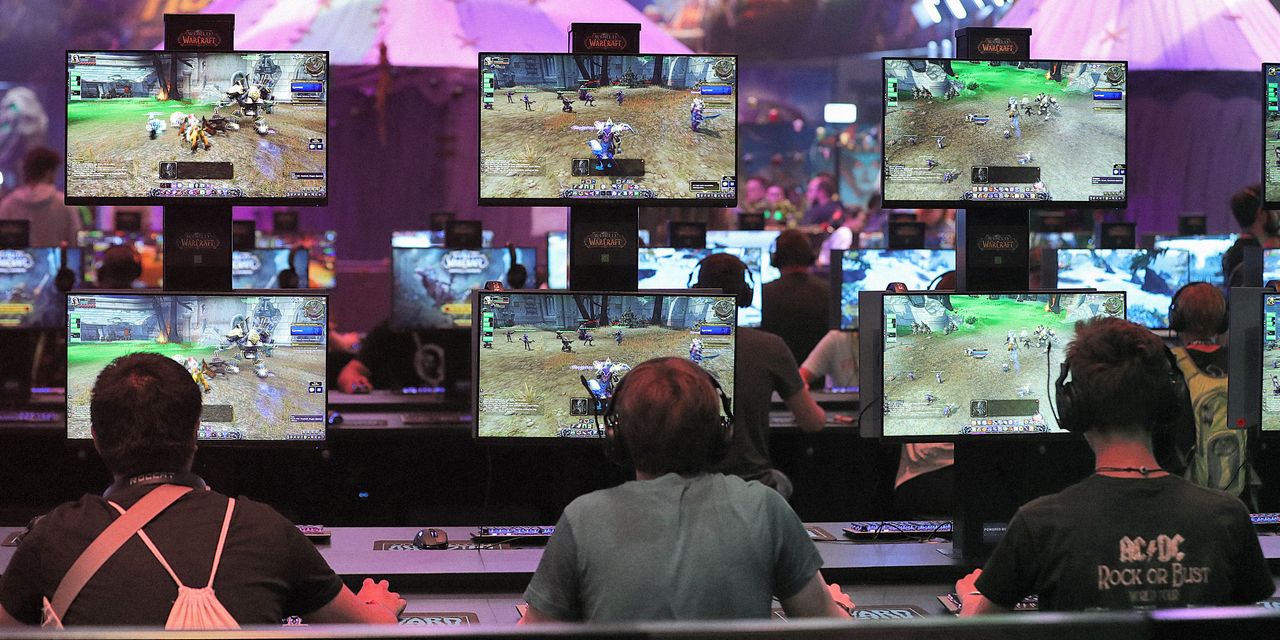 
In a stock market where trade talk, interest rates, and recession fears seem to dominate fundamentals, there’s still at least one industry in which investors can make money by simply focusing on products. For videogame stocks, it just comes down to the games.

This column has closely covered opportunities in the gaming space. In January, we wrote positively on
Nintendo

(ticker: NTDOY), citing the game publisher’s valuable franchises, promising prospects, and cheap valuation. Its shares are up 36% since then. Three months ago, we noted that
Take-Two Interactive Software

(TTWO) was attractive, given gamers’ excitement around its new titles. The stock has since rallied 24%, boosted by strong earnings and higher guidance.

The gaming industry now has another intriguing setup. Events over the past week have dramatically brightened the outlook for
Activision Blizzard

-owned Twitch, where people watch other gamers play live. More than 1.1 million viewers were watching the game at the same time on day one, and it got 6.1 million unique viewers in the first 24 hours.

“So far, it appears interest is really strong,” Piper Jaffray analyst Michael Olson says. “World of Warcraft Classic is another piece of incremental revenue to layer into late 2019 and into 2020 that could result in accelerating revenue growth for Activision Blizzard.”

The business model for World of Warcraft is highly profitable, with a subscription costing $15 a month. If World of Warcraft Classic drives a couple million new subscribers for a few quarters, it would boost the company’s earnings significantly.

Activision is also going back to basics with Call of Duty, arguably its most important franchise. The coming version, Call of Duty: Modern Warfare, is slated to launch in October. It will be a reimagined version of the popular 2007 game, which was similarly titled Call of Duty 4: Modern Warfare. The new game may do better than investors think.

A week ago, Activision offered its first public demo of the game for PlayStation 4 owners. It was well received by the gaming community, which lauded the title’s realism, gritty gameplay, and improved graphics—all dramatic upgrades from recent Call of Duty titles. Having played nearly every Call of Duty game, I was similarly impressed by the demo.

There’s a good reason for the improvement. I asked Activision about the game makers, and the company confirmed that five of the senior developers had worked on the 2007 Call of Duty original. That group had left Activision for a long period before returning in recent years.

SunTrust Robinson Humphrey analyst Matthew Thornton is optimistic on Call of Duty’s sales outlook. “The game looks great,” he told me, and “it’s launching in a much more benign competitive environment.”

Piper Jaffray’s Olson said his firm’s recent survey of 500 gamers showed that the new Call of Duty is tracking ahead of Fortnite as the No. 1 title that gamers are “most excited to play” over the next year.

This all marks a surprising turnaround for Activision Blizzard. At the beginning of the year, we said the stock would probably be “dead money” in 2019, due to disappointing financial performance and a questionable pipeline of games. The shares are up just 4% since that column ran, underperforming the S&P 500 index by six percentage points.

But it looks as if the 2019 releases will do better than expected, building a bridge into a better cycle starting next year, when new gaming consoles hit the market. The company also has sequels planned for its other blockbuster franchises—Overwatch and Diablo—in the coming years.

In addition, Activision has addressed some of the concern about loot boxes, a controversial lottery-like feature in games that has become an increasingly important source of revenue for the videogame industry. Activision Blizzard confirmed to Barron’s that it will disclose loot-box odds for its games by the end of 2020, a move first announced by the Entertainment Software Association in August. That’s a positive, consumer-friendly step that could add fairness to the system and reduce the chance of government regulation.

Investors have begun to pick up on the good news around Activision Blizzard. The stock rose 7% this past week, to $50.60, but there’s probably still plenty of upside. The shares are down nearly 40% from last fall’s 2018 high, and currently trade at a reasonable 20 times expected earnings for the company’s next year.

Much of Wall Street is probably being too conservative about the publisher’s profit growth. SunTrust’s Thornton predicts that Activision Blizzard earnings per share will climb by more than 15% a year and that sales will increase by 10% annually in 2020 and 2021.

“There is a lot in the pipeline coming off a rebased 2019 year—including some very big intellectual propertyin the next couple years,” Thornton says. He thinks that Blizzard could announce a new Overwatch or Diablo at its gaming conference in November, which could be a catalyst for the stock. Thornton has a Buy rating on the shares with a $56 price target, 11% above Friday’s close. With the good news mounting, Activision Blizzard could once again be worth a play. •