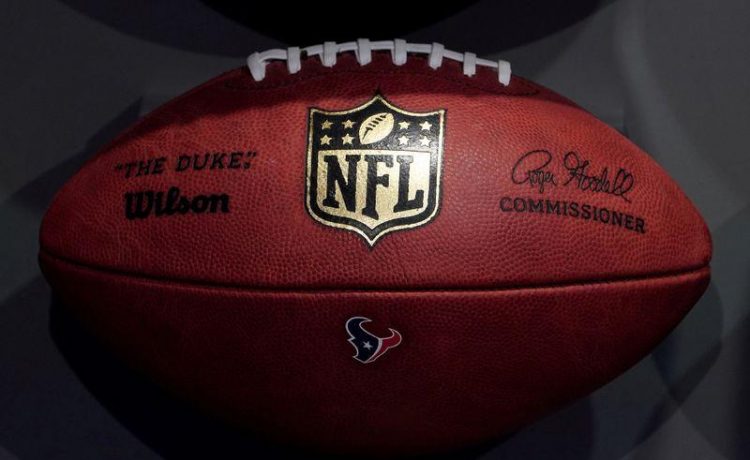 FILE PHOTO: The NFL logo is pictured on a football at an event in the Manhattan borough of New York City, New York, U.S., November 30, 2017. REUTERS/Carlo Allegri/File Photo/File Photo

The NFL Players Association executive committee member said Sunday that cronyism is the issue as it stunts opportunity.

“The problem is, it can’t be about incentives. It’s gotta be about giving the right coaches the right opportunities,” Acho said during an ESPN radio interview. “The problem with the NFL is that there’s so much cronyism; it’s all about who you know. Oftentimes, NFL coaches aren’t the best coaches; they’re not.

“Oftentimes, people talk about the politics and the business of football; it’s about who you know, and no one wants to talk about it.”

The 31-year-old linebacker, who is currently a free agent, was responding to reports that the NFL might allow teams to improve their draft status based on minority hires.

Should a team hire a minority head coach and GM in the same year, the rise would be 16 places in the third round — potentially into the second round.

The subject is reportedly likely to be discussed during Tuesday’s virtual meeting with team owners. A proposal needs 24 (of 32 votes) to pass.

Acho said the virtual NFL draft due to the coronavirus pandemic put the diversity issue on full display. There are only two minority GMs in Chris Grier of the Miami Dolphins and Andrew Berry of the Cleveland Browns and four minority head coaches — Mike Tomlin of the Pittsburgh Steelers, Ron Rivera of the Washington Redskins, Anthony Lynn of the Los Angeles Chargers and Brian Flores of the Dolphins.

“It’s like one of America’s best-kept secrets — no one knows who’s in charge, especially in corporate America,” Acho said. “But because of COVID, we got an inside look to who’s in charge. And I think it just opened some people’s eyes into a bigger problem that’s going on in our country, which is a lack of diversity, especially in positions of power.”

He had three tackles, one sack and one forced fumble in eight games for the Buccaneers last season.