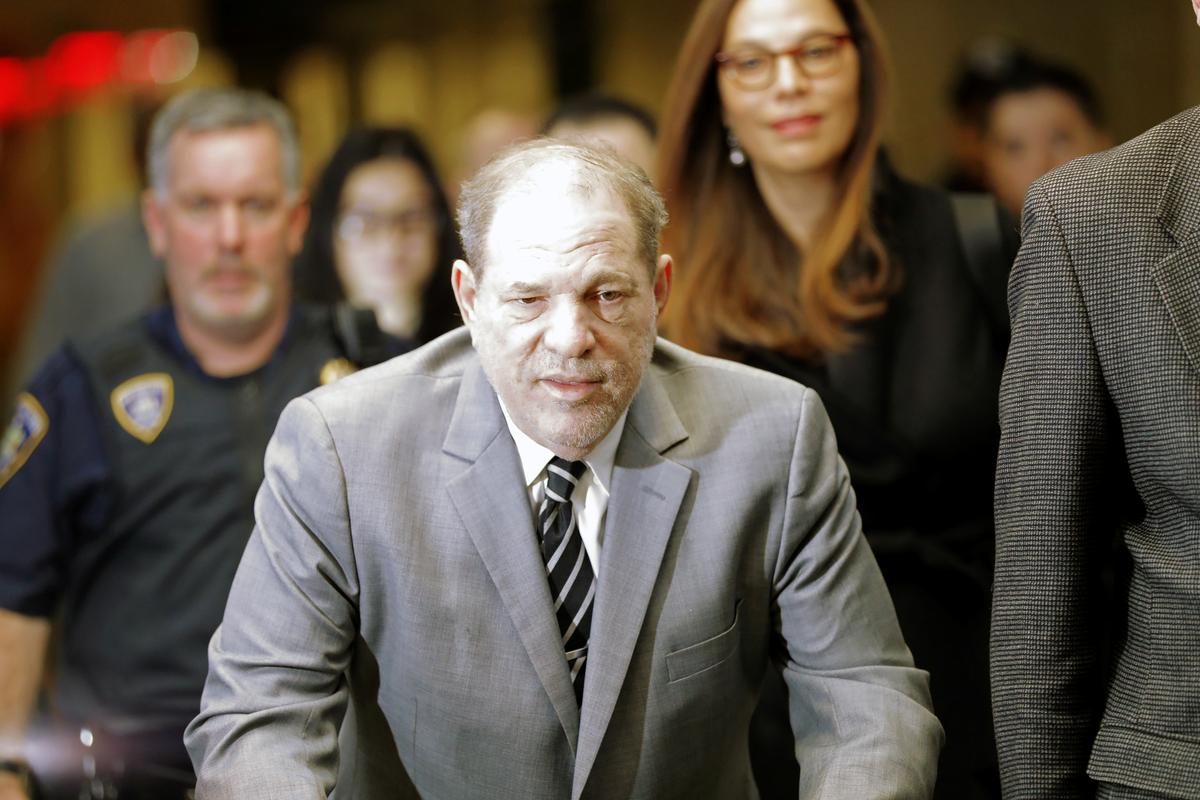 NEW YORK (Reuters) – A onetime aspiring actress told a Manhattan jury on Friday that Harvey Weinstein invited her to his hotel room to read a movie script and then, after saying he was going to “do something for her,” the former Hollywood producer sexually assaulted her.

Weinstein, 67, has pleaded not guilty to raping Jessica Mann and to sexually assaulting another woman, Mimi Haleyi. Since 2017, more than 80 women have accused Weinstein of sexual misconduct.

Weinstein has said any sexual encounters were consensual.

The trial is widely seen as a milestone in the #MeToo movement, in which women have accused powerful men in business, entertainment, media and politics of sexual misconduct.

Mann, now 34, testified that she met Weinstein in late 2012 or early 2013 at a party in Los Angeles and that he told her he was interested in her as an actress.

After several meetings, Mann testified that Weinstein invited her and her friend to a hotel suite in Los Angeles to look at a script for a vampire movie. When they arrived at the suite, Mann said, Weinstein pulled her into a bedroom, leaving her friend outside.

READ  Remember When Who Wants to Be a Millionaire? Was the Coolest Thing on TV?

Mann said she pretended to have an orgasm so he would stop, and that he then asked her if she had enjoyed it.

Weinstein is not charged with the alleged incident that Mann described, but he is accused of raping her at a later time.

Damon Cheronis, one of Weinstein’s lawyers, said in his opening statement that communications between Mann and Weinstein would show that their relationship was entirely consensual.

Assistant District Attorney Meghan Hast has said that Mann made “a decision that had disastrous consequences for her” and decided to have a relationship with Weinstein because she felt “trapped.”

Two women who are not part of the criminal charges, Dawn Dunning and Tarale Wulff, have also testified that Weinstein sexually assaulted them. Prosecutors are offering their testimony as evidence of Weinstein’s methods and motives.

A third such witness, Lauren Young, is expected to testify later in the trial.

Weinstein, who produced films including “The English Patient” and “Shakespeare in Love,” has denied the allegations and said any sexual encounters were consensual.

Michael B. Jordan reveals himself as Sexiest Man Alive 2020 after appearing in disguise on talk show

The Bachelorette Ignites a Feud Between 2 of Tayshia Adams' Men