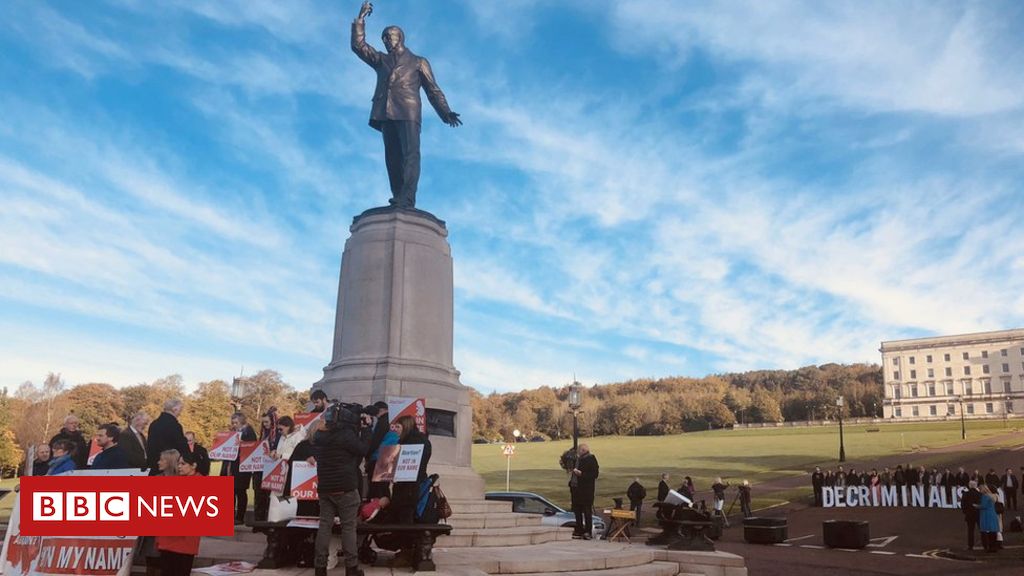 NI’s Stormont Assembly will sit for the first time in nearly three years after being recalled in a last-ditch attempt to stop the reform of abortion laws.

Unionist parties, who oppose upcoming changes to abortion laws, triggered the recall with a petition.

NI has been without a devolved government since January 2017 when the power-sharing parties split.

Abortion laws will change at midnight unless devolution is restored but the recall is seen as largely symbolic.

Without an executive in place, Stormont cannot affect the laws.

It is unlikely an executive will be established as it needs support from both the unionist and republican communities.

Why have politicians been recalled?

MPs in the House of Commons have since passed some key legislation for Northern Ireland.

The bid to recall the assembly had been proposed by Northern Ireland peer Baroness O’Loan, who opposes any reform of the existing abortion law.

Proceedings in the assembly chamber are due to begin at 12:00 BST.

It is not clear if MLAs will be able to debate the abortion law changes as they first have to elect a speaker with cross-community support.

What positions are the parties taking?

Sinn Féin said the recall was merely “about playing to the gallery” and its MLAs would not go.

The SDLP did not sign the petition either but it has a number of MLAs who are opposed to abortion and are understood to be considering attending the recall sitting in spite of party leader Colum Eastwood branding the move a “stunt”.

The SDLP has described itself as a “pro-life party” but its politicians are free to vote with their conscience on abortion laws.

The DUP MLA Gordon Lyons said his party wanted to return to Stormont to “take decisions on issues that matter to the people of Northern Ireland”.

The Ulster Unionist Party said its 10 MLAs would go to the chamber and it has also proposed a second petition to recall the assembly on Tuesday.

The UUP’s Doug Beattie said his party’s petition was for MLAs to express anger about the collapse of devolution more than 1,000 days ago.

He denied the UUP was engaging in “stunt politics” of its own and said something needed to be done given the absence of formal talks to restore power-sharing at Stormont.

Alliance Party leader Naomi Long said on Sunday that none of her party’s MLAs would be attending and she described the recall as a “cynical political stunt”.

“The intention of this recall is not to block abortion law and equal marriage but to create the illusion the DUP are trying to do so,” she added.

The Green Party leader Clare Bailey said it was a “shameful pantomime” and that she would not enter the chamber.

READ  Rule of 6 exemptions: From schools, and workplaces to weddings and funerals, what’s exempt from the new rules
Share on FacebookShare on TwitterShare on PinterestShare on Reddit
newsgrooveOctober 21, 2019