Aaron Wan-Bissaka leaves his Manchester United team-mates frustrated on the training ground because none of them can get past him.

That’s according to former Red Devils midfielder Darren Fletcher, who claims this is what a number of first team players have told him in conversation.

Manchester United signed Wan-Bissaka from Crystal Palace for a whopping £55million in the summer transfer window, making him the most expensive technical full-back of all time.

But the young Englishman hasn’t let the huge price tag get the better of him, and has quickly become one of the first names on Ole Gunnar Solskjaer’s team sheet this season.

Currently, Wan-Bissaka has completed 62 tackles in the Premier League – the third most of any player behind Leicester City duo Wilfred Ndidi and Ricardo Pereira on 69 and 70 respectively.

And it seems that when it comes to dispossessing players the 22-year-old right-back doesn’t let up on the Manchester United training ground.

Fletcher told Norway’s TV2: “I was talking to some Manchester United players, and they were saying that no player has managed to pass Wan-Bissaka in training this season.

“He is a fantastic defensive player and contributor for Manchester United.”

Wan-Bissaka was named man of the match in Manchester United’s recent 2-1 win over rivals Manchester City at the Etihad stadium. 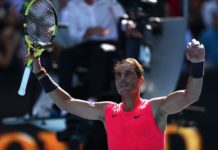