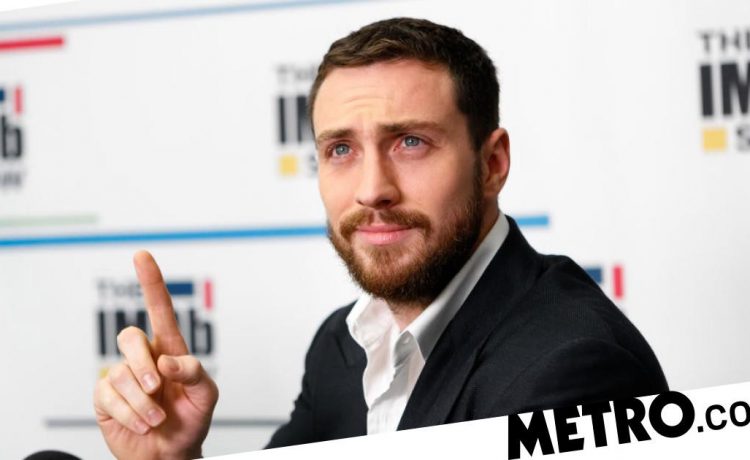 Aaron Taylor-Johnson has been confirmed to play Spider-Man villain Kraven The Hunter in the spin-off we didn’t realise we needed this bad.

The actor, best known for his roles in Kick-Ass and Tenet, and who previously appeared in Avengers: Age Of Ultron, will front the film which marks the latest instalment in Sony’s universe of Marvel characters.

One of Spider-Man’s best-known enemies, we’re keen to see Aaron square off against Peter Parker himself – played by Tom Holland – in the standalone outing.

He’s also squared off against Venom and Black Panther over the years, so we smell a whole new universe here.

Usually depicted as a world-renowned big-game hunter who aims to prove his skills by taking down the web-slinger, the character – who was born Sergei Kravinoff – was created by Stan Lee and Steve Ditko, and first appeared in 1964 marvel comic The Amazing Spider-Man.

Kraven The Hunter has a release date of January 13, 2023, and will be directed by JC Chandor. It will be produced by Avi Arad and Matt Tolmach, while the screenplay comes from Art Marcum, Matt Holloway and Richard Wenk.

Sony and Marvel co-produce the Spider-Man films while Sony also helms stories based on the comic book characters Venom and Morbius.

The Tom Hardy-starring Venom: Let There Be Carnage, a sequel to 2018’s blockbuster Venom, is set for release in September, while Morbius, which stars Jared Leto as the titular vampire, is set to arrive in January next year.

Aaron is no stranger to Marvel movies having portrayed Pietro Maximoff/Quicksilver in 2015’s Avengers: Age of Ultron.

In 2016, the star admitted he would love to reprise the role in the Marvel Cinematic Universe one day.

He said: ‘Yeah, absolutely. But I don’t have any knowledge I could share
with you if did.’

Aaron doubled down in 2018 and said it was ‘not a convesation’ at the minute.

However, his chances of playing the character again appear to be slim as Kevin Feige, president of Marvel Studios, previously told fans that Quicksilver is ‘100% dead’ and will not be back ‘anytime soon’.

He added: ‘There are no plans … no escaping bullets, no retcon, no.’

Still – they brought him back for WandaVision, with Evan Peters in the role, so anything is possible.

Kraven The Hunter is scheduled for release January 13, 2023.


MORE : After Star Wars and Marvel, Hocus Pocus 2 and Disenchanted will finally bring the actual Disney magic to Disney Plus