There are some things every Glastonbury festivalgoer is guaranteed to experience. You’ll lose yourself in the endless fields and pathways (and your tent at least once). You will plot the perfect itinerary to take in your favourite artists and each area of the site, but only see a fraction of it all. And it will definitely rain.

This year, though, thanks to Covid, the Glasto experience is rather different. A mini online-only version of the festival ran in June (last year was cancelled), but owner Michael Eavis and family are welcoming people to Worthy Farm this summer by, for the first time, opening it as a campsite. For six weeks, visitors can stay in one of 750 pre-erected tents dotted across the site. There’s room for a total of 3,500 visitors at any one time – a smattering compared with the 200,000 of a festival weekend. Gone are the shoulder-to-shoulder crowds, the music and the welly-stealing mud. Instead, there are resident cows (it’s a working farm), free children’s activities and a vibe so relaxed you could actually get some sleep, even with little ones.

Home to the Eavis family for two centuries, Worthy Farm lies on the edge of Pilton village, a 15-minute drive from the hippy, historic town of Glastonbury. It has hosted the festival for 50 years, starting in 1970. I’ve bagged tickets to the last five festivals, embracing the mayhem with my partner, Jonjo. And, despite my home being 20 minutes’ drive from the site, it’s always as if for those five days nowhere else exists. I’ve often spotted revellers brave (or foolhardy) enough to have their kids in tow, quite sure I’d never do the same. But this time as we drive along the A361, our three-month-old twins, Ted and George, are asleep in the back, en route to their first ever “Glastonbury”. It feels like a safer test run than the full throng of a festival, but there is a chance we, too, are being foolhardy.

The quiet country roads are a far cry from the usual festival weekend, when you can spend hours inching towards the car park, but the hi-vis wearing staff are just as kind and helpful. As turn down the dirt track to the check-in hut – in the shadow of the Pyramid stage frame, a permanent feature at the farm – it feels eerie yet lovely not to have to dodge thousands of festivalgoers lugging bags, bedding and booze. Instead, there’s a slow ebb of families unpacking cars while children excitedly chase each other, kick footballs or ride their bikes along the stony tracks. The festivals’ flags are at full mast.

The site is simple: plots by the entrance for campervans, colourful pre-erected tents spread out over a chunk of the site, and a central “village green” where the popular William’s Green stage, named after Michael’s grandfather, normally lies. There are trucks serving pizza, pasta, burgers, toasties and vegan dishes, and more will be introduced over the summer, according to Poppy Handy, the site coordinator. There’s also a general store, information and merchandise tent.

Apart from the bar set up in the festival crew block, the entertainment is largely geared towards kids. There’s a giant pink castle in the Kidzfield, a play ship called Cadmus, and amassive stone dragon water feature hidden among trees, as well as bedtime stories, crafts, games and workshops. There’s lots of space for little legs to run around too, with the site spread out across a few large fields, much like the festival.

And, after two forced fallow years, there’s plenty of opportunity to see the rejuvenated wildlife, including tawny and little owls, kingfishers and, come nightfall, glow worms. Families can picnic in the Pyramid field but we, along with other visitors, spent the time joyously climbing on the hay bales and taking photos with one of the world’s most famous stages in the background.

The tents are not equipped, so campers need to bring the basics. After a sunny day, in true Glastonbury style, it lashed it down at night and turned cold – so come prepared. Most campers kept their noise levels low for the sake of the families, but a few groups of hardened festivalgoers came with sound systems and sat up late chatting.

It’s important to note that Worthy Pastures isn’t trying to be a miniature festival. Handy said: “It’s a camping experience. Somewhere people can relive memories and meet like-minded people who either share experience of the farm or maybe, if you’ve never been, see it as a great opportunity to get a sense of the space.”

And that’s exactly what people are doing. We see visitors pointing out areas of the festival, reliving moments and getting excited for when the festival is back. And we do the same. The morning we leave, we bump into Michael Eavis on the Village Green. “Is it nice to have people back on the farm?” I ask. “Oh yes”, he says, beaming.

For campers wanting to explore beyond the site, there’s the real Glastonbury, with its tor, ruined abbey and surrounding Levels, all good for learning more of the area’s history, myths and legends. Cheddar Gorge and Wookey Hole caves, Avalon Marshes and one of the UK’s smallest cities, Wells, are all relatively nearby.

It’s most definitely not Glastonbury by another name but there is a strong sense of the festival all around. We ventured up to the Stone Circle for sunset and could almost hear the crowd. Almost. For now though, this is a great way to explore the fields that have created – and will, hopefully, continue to create – many a treasured memory. Next time, though, I might leave the little ones at home. 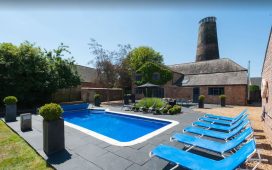 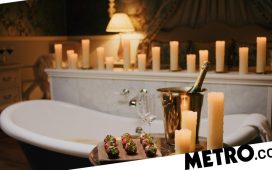 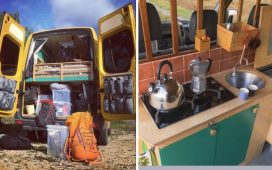 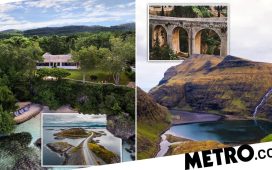 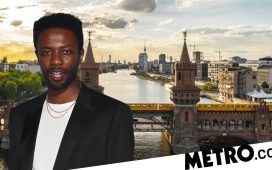