NewsGroove Uk
NewsGroove Uk > Parenting > ‘A small, sanitised existence’: what effect will the pandemic have on today’s babies?
Parenting


My son, 0, doesn’t know any different. One of around 600,000 babies born in Britain in the plague year of 2020, he has spent all eight months of his life (and most of his gestation) in a world defined by distance and disease.

His circle is small. He doesn’t get out much. When he does, the faces that peer in at his pushchair are concealed by masks. A baby is usually a magnet for human touch; I’d guess around 300 people had held his older brother by the time he was eight months old. Perhaps 20 people have made physical contact with Aubrey.

To my mother-in-law, who is in the highest-risk category for coronavirus, he is at once a joy and a death risk. He has never been on a bus or train; he hasn’t met most of his extended family, nor most of our friends; and he doesn’t know any other babies – discounting the tiny person who laughs at him in the mirror.

The difference between babyhood now and babyhood as we first experienced it is vast. What was once a busy marketplace of events, activities and sociability has become a ghost town. What effect will this small, sanitised existence have on the babies of 2020-21?

If all a baby is used to is being indoors, they are missing out on interactions that teach them how the social world works

I console myself that, while his parents have been slowly losing their minds, Aubrey seems to have things fairly sussed. But as each milestone passes – as he grows out of the cardigans his grandmothers knitted for him, but never saw him wear – I can’t help but wonder what the long-term effects will be. Considering how fundamental these first months of a child’s life are to their cognitive and emotional development, what sort of mark will this strange period leave on him? How much are babies missing out on? And can what is lost be regained?

Dr Nayeli Gonzalez-Gomez, a child development specialist at Oxford Brookes University, is leading a study into the effects of coronavirus on families with children aged 8-36 months. Unsurprisingly, she is finding experiences vary hugely across the social divide, with the closure of playgroups and other means of support hitting poorer families particularly hard. “Playgroups are really important,” says Gonzalez-Gomez. “They provide enriching activities, they promote child health, they provide links to formal support for parents who are struggling, and they help parents meet other parents. Those babies are missing out on all of that, and so are their parents.”

The (anonymous) testimonies are strikingly varied. Some parents report their children’s language has “exploded”. “We were astonished by the improvement in our daughter’s mood, behaviour and development,” writes one parent. Others say the opposite: “Child has become very clingy to me.” Another says their child has become terrified of other adults, particularly men. “If a man tries to talk to her, she becomes incredibly scared, panic crying, hiding her face in me.”

“A lot of people have told us that their babies have developed a fear of strangers,” Gonzalez-Gomez adds. “If all a baby is used to is being indoors, they are missing out on so many interactions that will teach them how the social world works. We don’t know what the long-term effect will be – but it’s something to keep an eye on.”

It was very different when Teddy was born, back in the prelapsarian days of 2014. We were living in a third-floor flat on a hectic London high street. My wife’s pregnancy passed in a whir of sociability – we were supposed to be hosting a New Year’s Eve party when she went into labour – and, in the days after the return from hospital, we welcomed a constant procession of visitors. Our parents and siblings babysat from when he was 10 days old; we took him to his first party when he was two weeks old; and most days, a world of new faces would appear in front of him on the underground. We manoeuvred his buggy on to buses, escalators, Ryanair flights. When he was six months, we threw a naming-day party for him and I remember being struck at how multilayered his relationships were, even at that tiny age – how known he was.

If we had a philosophy, it was: let the world in. It was exhausting. But we reasoned that this was good for him, that he would hopefully learn to be adaptable, sociable and broad-minded. It was good for our families and friends, too. And it was good for us, because: babysitters.

Hardly anyone really knows Aubrey, not the smell of him, or the weight of him, the way he sighs after sneezing. Visits from friends have been postponed indefinitely. We unbag the nice clothes that we kept from Teddy’s babyhood – fancy dungarees, swimsuits, romper suits he wore to weddings – and find the moment for him to wear them has passed. All paranoia about screens has disappeared: we post him on Instagram and set up Zooms. He lurches dribbling towards the screen. At least it makes him real, but it’s a pale imitation. When I closed off the last call to my 90-year-old grandmother, she was crying.

The first time round, we had a terror of becoming precious, of shrinking back into some conservative vision of the nuclear family, of never escaping the Teletubbyland of routines, monitors, equipment, enclosure. My wife read Rachel Cusk’s memoir, A Life’s Work, which describes child-rearing as “isolating, frequently boring, relentlessly demanding and exhausting… The day lies ahead empty of landmarks, like a prairie, like an untraversable plain.” Reading back these passages now, I’m struck at how pertinent they are to lockdown. A day “empty of landmarks… an untraversable plain”? We’ve all had plenty of those. A hell of tininess, softness, gentleness? Frequently boring and relentlessly demanding? Yup.

Babies want and need interactions with safe, trusted adults. If their parents are at home more, they’ll be lapping it up

Even given our relatively fortunate situation, we have found many aspects of our youngest’s entry into the world stressful, infuriating, even impossible. My wife endured a long, lonely pregnancy, forced to attend all appointments on her own. No one would tell us who could legally look after our other child when she went into labour. I was – thankfully – allowed in for the birth but had to leave soon after. I think we broke the law by leaving Teddy with a friend.

However, now that Aubrey is here and seemingly doing fine, I begin to see many upsides. He’s calm, giggly, responsive. And he has given a shape and a purpose to this strange, formless period. Amid so much that’s stale and overfamiliar, here is something pristine and new. Given that lockdown has felt at times like an enormous, infantilising, hyper-maternity leave imposed on the entire nation, it makes sense to do it with an actual baby, I guess.

Dr Liz Gregory, consultant clinical psychologist at the Aneurin Bevan University Health Board in south Wales, says these are near-optimal conditions for a baby of his age – especially one with a father at home and a sibling close at hand. “What babies want and need more than anything is interactions with safe, trusted adults,” she says. “If their parents are at home more, and hopefully with fewer distractions, they’ll be lapping it up.”

She is quick to add that the experiences of mothers vary wildly, with millions under immense pressure. A study into mental health before and during the Covid-19 pandemic, published in the Lancet in July, found that women, 18- to 24-year-olds, and people living with children – especially preschool-age children – were the most likely to have experienced increased mental stress during the pandemic. However, Gregory feels it’s important that new parents shouldn’t beat themselves up because they are not providing the sort of enriching babyhood they’d imagined they would.

“What we often forget is that all of this is new to a baby,” she says. “You can be unloading a dishwasher and, as long as you’re turning to interact, the baby will find this fascinating.” It’s a bit of a myth, she says, that lots of social interaction will make a baby more sociable. “Temperament comes into it – but a securely attached baby is more likely to be able to create meaningful attachments themselves. Safe, predictable, reliable certainty makes them feel more confident to explore the world as they grow older.”

Safe, predictable, reliable certainty – this was precisely what we rebelled against before. But I find I appreciate it now, and I can’t help wondering if this is what makes him such an amiable baby. He actually sleeps through the night! I prostrate myself daily in thanks for this miracle.

Also, his mother and I are both here, all the time. I missed most of Teddy’s firsts as I spent that year unhappily commuting to the other side of London, which created an almost unbridgeable chasm between my and my wife’s experiences. Now we are (more or less) united, and Teddy and Aubrey have a bond that they wouldn’t otherwise have had. I find I don’t miss hauling a pushchair up escalators much, either.

It is in our wider circle that I feel the greatest loss. When someone brings you joy, the urge is to share that joy. I am looking forward now to a summer of faces and movement. I long to take him to see my parents, my sisters, my granny, our friends – and I hope a dose of baby will help lift their spirits, too. And you know what would truly lift mine? Babysitters.

READ  Women without children: ‘I don’t want to be pitied – I’m really happy'
Share on FacebookShare on TwitterShare on PinterestShare on Reddit
newsgrooveApril 10, 2021 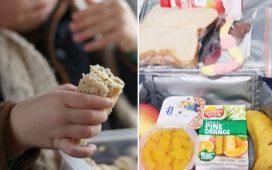 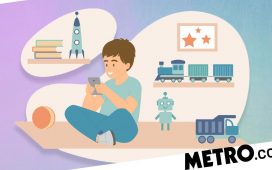 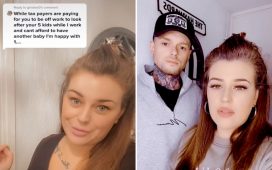 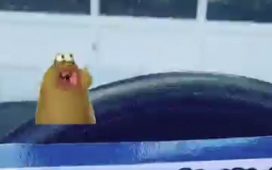 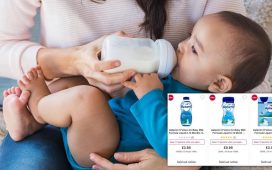 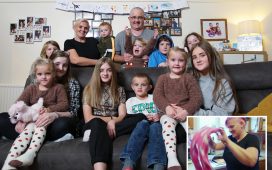