Informa Markets Fashion, who will be returning to Las Vegas this month to host the international fashion trade events Project, Magic, and Sourcing at Magic, will host the third season of their Informa Markets Fashion for Change (IMFC) initiative to elevate the voices and work of Black-owned brands and designers of color.

IMFC is an incubator that was set up to foster inclusion and equality within the fashion community and provide support and mentorship in all aspects of business including branding, marketing, social media, finance, and sales to minority-owned, women-owned, and LGBTQIA+-owned fashion brands across men’s and women’s apparel, accessories, and footwear categories. This mentorship will be provided by the IMFC Committee, which consists of executives from across Informa Markets Fashion with backgrounds in all of these areas. The program offers the contemporary, up-and-coming designers and brands complimentary space for one season at Project Las Vegas, which takes place February 14-16 at the Las Vegas Convention Center.
“In today’s market, consumers and retailers continue to seek new and undiscovered designers,” Kelly Helfman, President at Informa Markets Fashion said in a statement. “We hope to carve a path for these amazing brands to expand their industry reach and connect them with retailers who are looking for a fresh point-of-view from designers that authentically represent and reflect who they are.”
Below we highlight a few of the fashion brands that will be featured as a part of IMFC.

Todd Patrick was founded in 2016 by former NCAA Division I point guard for Eastern Michigan University women’s basketball, Desyree Nicole. The creative endeavor—made to order in New York City—focuses on merging elements of luxury with streetwear techniques through designs of Cuban-style lambskin tops, trousers cut from Italian wool suiting that feature oversized patch pockets, lounge jackets of textured neo-spandex, and crinkled crepe de chine drawstring shorts. Nicole describes the brand’s aesthetic as “a fusion between being comfortable and stepping out of the box when necessary.” By naming the brand after her younger brother, Nicole hopes to show him that being from Detroit and forging a path independently through self-instruction are not deterrents to making a name in the world.

Lola Faturoti carries on the practice of empowering others through fashion from her grandmother, who was a traditional tailor in Ondo, Nigeria and would sew clothing for women in their town while Faturoti watched on as a young child. She discovered that a new outfit could help a woman reinvent and become the dream version of herself and that sparked Faturoti’s pursuit of a career in fashion.

After graduating from the London College of Fashion, Faturoti moved to New York in the 90s and worked in sales at Charivari, a cult boutique chain of six stores—all in the city—that finally closed its doors to bankruptcy at the end of that decade. It was there where she was frequently complimented on her unique style and the storied shop owner, Barbara Weiser, began to sell some of Faturoti’s original designs and eventually guided her through creating her first collection. After enjoying much commercial success, Faturoti took a hiatus during which she learned of the fashion industry’s destructive impacts on the environment and marginalized communities. She worked to develop a more sustainable brand, Lola Faturoti Loves, that utilizes made-on-demand production to reduce surplus inventory waste. Describing the line, Faturoti states, “My idea was to make denim more interesting by adorning it with the bright colors and designs I remember seeing in the outdoor markets in Africa. Lola Faturoti Loves is for everyone, which is how I always want to be.”

Kwasi Paul, the dual-gender brand founded in 2020, stands for the iconic friction from two universes colliding: The Western World and the African Diaspora. The collection explores the paradox that many African immigrants face, the hustle culture of a new world versus the comfort and familiarity in the identity they carry with them. That relationship between heritage and modernity is where the brand finds its voice that it shares through designs like a Kente biker jacket mixed with recycled leather and suits made of Aso-Oke—a cotton fabric native to the Yoruba people of Nigeria—with the phrase “Your Ancestors Are Rooting For You,” woven down the side.

North Carolina native, Carlton Jones, established his eponymous collection in 2015 that is designed and made in New York City. Jones, a celebrity stylist with clients that have included Mary J. Blige, Erykah Badu, Lenny Kravitz, and Michelle Obama, was inspired to take the destination lifestyle and resort aesthetic and meld it with a street sensibility suitable for the city. The design approach results in pieces that are relaxed and fluid and intended to feel as good as they look with colors and prints that both forgive and accentuate. In 2020, Jones was a recipient of a Harlem’s Fashion Row Icon 360 Fund grant awarded by Vogue and the CFDA’s A Common Thread initiative. A men’s collection from Carlton Jones is premiering at Project.

Project Las Vegas will be held at the Las Vegas Convention Center on February 14–16. 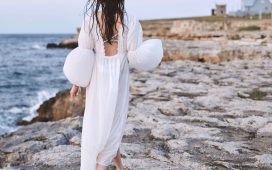 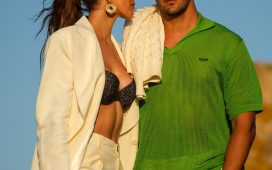