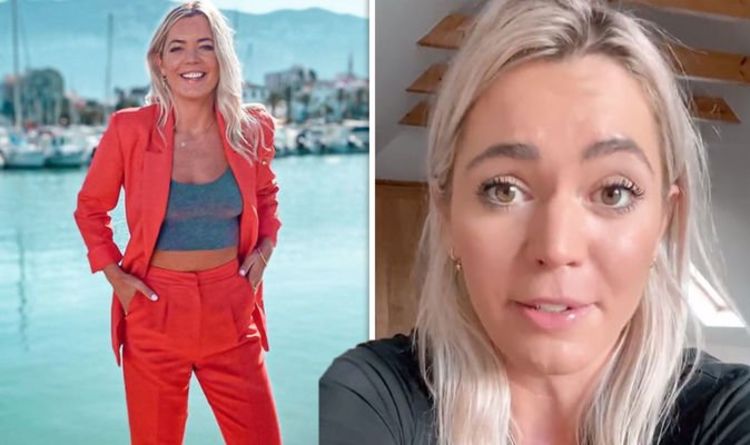 Danni Menzies, 32, has bravely spoken out after she went through a terrifying bullying ordeal when she was at school. The A Place In The Sun presenter lived in fear of her tormentors in her younger years, due to their “very scary” physical and verbal attacks.

The Channel 4 favourite recalled: “I got bullied quite badly at school.

“It started as soon as I went to high school, with one girl in particular who was three or four years older.

“She used to wait in the corridors with her friends and kick me until I was on the floor.

“They threw me down the stairs a few times.”

“I haven’t really thought about them since or what they would think if they saw me on TV.

“But what I would say to anyone who is being bullied is let it drive you and show them what you can do in the future.”

Elsewhere, the blonde beauty recently took to Twitter to speak out on her now ex-boyfriend and former soldier Simon Moloney.

After the A Place In The Sun host spotted an article about her “partner”, she revealed to her fans they are no longer an item.

READ  Antonio Banderas reveals he has tested positive for coronavirus as he spends 60th birthday in quarantine
Share on FacebookShare on TwitterShare on PinterestShare on Reddit
newsgrooveJanuary 16, 2021