oris Johnson described today as a “new dawn” in the UK’s relationship with Australia after the two countries struck a free trade deal.

The Prime Minister sealed the deal over dinner with the Australian PM Scott Morrison in Downing Street last night.

It marks the first major trade deal negotiated from scratch by the Government since the UK left the EU.

However, the UK’s economic boost from the deal is expected to be a modest 0.02 per cent of GDP over 15 years.

In the run-up to the agreement, a split emerged between International Trade Secretary Liz Truss and Environment Secretary George Eustice who was reportedly concerned about the impact on farmers.

Some UK industry leaders raised concerns about potential compromises to food standards while farmers worried they could be undercut by cut-price imports.

Downing Street insisted farmers will be protected by a cap on tariff-free imports for 15 years and other “safeguards”.

The deal means British products such as cars, Scotch whisky, biscuits and ceramics will be cheaper to sell to Australia, the UK Government said.

Meanwhile, it will eliminate tariffs on popular Australian products such as Jacob’s Creek and Hardys wines and swimwear.

It will also allow Brits under the age of 35 to travel and work in Australia “more freely”, according to Downing Street.

Currently, the Australian government has a farm work requirement on working holiday visas for British travellers.

“Our new free trade agreement opens fantastic opportunities for British businesses and consumers, as well as young people wanting the chance to work and live on the other side of the world.

“This is global Britain at its best – looking outwards and striking deals that deepen our alliances and help ensure every part of the country builds back better from the pandemic.”

Secretary of State for International Trade, Liz Truss, said: “It is a fundamentally liberalising agreement that removes tariffs on all British goods, opens new opportunities for our services providers and tech firms, and makes it easier for our people to travel and work together.” 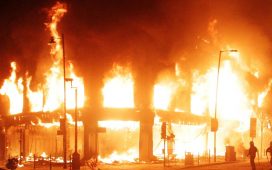