A growing concern: is it ever OK to steal plant cuttings?


In December, Cory Jarrell of Portland, Oregon, posted a photo he never imagined he would have to share with his 16,000 Instagram followers: loose, limp cuttings of plants, pinched off without permission from over a dozen rare plants.

Jarrell’s specialty plant shop, Potted Elephant, had suffered a fate experienced by a small but growing number of nurseries, shops and botanical gardens in the wake of the booming specialty plant market: unscrupulous collectors and sellers pilfering cuttings (and sometimes, entire plants) without permission in order to resell online and net a profit.

At Potted Elephant, the thief cut tendrils of philodendron, variegated monstera and scindapsus from live plants in his greenhouse – some from Jarrell’s personal collection of rare plants. Jarrell, who had taken attendees on a tour of the greenhouse, happened to notice a cutting missing from a plant, just after the last person had walked out.

He confronted the thief and could not believe his eyes when she opened her bag: “There was just a pile of cuttings in her bag.” Jarrell called Portland police, then had to walk back inside his greenhouse and sit down, in shock.

With a backpack filled with segments of Potted Elephant’s rarest and most valuable specimens, the perpetrator knew which plants to look for, says Jarrell – he estimates the theft represented about $2,000 in total loss for the shop, including damage done to the original plants themselves. Portland police charged the perpetrator with theft and vandalism. She later pleaded guilty to second-degree theft, and was sentenced to one year probation and ordered to pay restitution to Potted Elephant. But some of the plants will be nearly impossible to replace, such as the inky black “dark form” scindapsus that, according to Jarrell, is only grown by a handful of people in the US.

Variegated monstera, like the one swiped from Potted Elephant, could once be purchased for about $30 at regular, mainstream garden centers; now it’s a plant for which rabid collectors will eagerly fork over $200 (or more) for an unrooted cutting on eBay – or $600 for a full-grown plant.

Cuttings, the unrooted segments of plants like those taken from Potted Elephant, can often be made into entirely new plants with just a little water, dirt and patience. Whether a plant can be reproduced this way comes down to the type of plant in question: succulents, cacti and many aroids, the tropical plant family that includes monstera and philodendron, can be propagated with relative ease.

Gardeners, growers and collectors have shared their cuttings with one another for generations, but in 2020 it’s easier than ever to learn how to propagate. Online groups like Reddit’s r/Proplifting encourage their members to “rescue” and nurse back to life abandoned succulent leaves and stems from trash cans, Home Depot floors, or neglected corporate landscaping.

Sarina Daniels, the forum’s founder and moderator, says that the community has exploded in the two years since she started it, when it was primarily composed of a few succulent collectors. “It used to be just a few of us showing off our little props, then it went viral and was on Twitter and Instagram, and normal people who were previously uninvolved suddenly had huge prop stations with grow lights and layers,” says Daniels. “People now post houseplants also, which only happened in the last few months.”

Daniels enforces a set of ethical standards for the forum: first and foremost, don’t steal. While the community tends to stay above-board, users in the past have blatantly posted about plants they have taken from neighbors’ yards, restaurants and the wild.

Questions of ethical grey areas have arisen, too: while the group seems to agree that nicking loose leaves from a Walmart floor is fair game, is the same true for a small garden shop? (One garden center owner didn’t think so.)

Plant shop owners are now being forced to reckon with the fallout. At Atlanta’s Flora/Fauna, owner Katelynn Corley finally took her 10ft string of hearts plant home with her after noticing it grow shorter and shorter with each passing week. She also regularly notices leaves missing from the shop’s trendy hoya kerrii (which, incidentally, can’t be propagated into a whole new plant just from the leaf alone).

At Plant Shop Seattle, pieces of jade plants and succulents often go awol. And the day before I spoke with Jarrell, a news report from Lawrence, Kansas, detailed a break-in at a local specialty plant shop, Jungle House, in which “holy grail” plants such as variegated monstera and philodendron painted lady went missing.

Even in conservatories, precious specimens aren’t entirely safe: Jess Snowball, the glasshouse manager at London’s Chelsea Physic Garden, describes it as an ongoing issue for herself and her colleagues at botanical gardens around the world.

“Just this year alone, we have had one little pelargonium stolen and a haemanthus South African bulb dug out from its pot, which was the last one we had in the collection,” says Snowball. “When I was at Kew Gardens, the same happened there and has also been an issue for years.”

For Snowball, the loss represents so much more than one missing plant. “The most heartbreaking thing about stealing from botanic gardens is how precious that specific plant material will be,” she explains.

High-stakes botanical larceny isn’t new: Susan Orlean famously wrote about John Laroche, Florida’s infamous “orchid thief”, for the New Yorker in 1995. In 2014, the world’s smallest and rarest water lily disappeared from London’s Kew Gardens. And earlier this year, nearly a hundred rare philodendron disappeared from Silver Krome Gardens, a wholesale specialty nursery in Homestead, Florida. The heist took place while a major orchid collectors’ convention was in town. The owner, Bill Rotolante, suspects the thieves hopped the fence and passed plants over the barbed wire surrounding the back of the property.

While Rotolante doesn’t have CCTV, he does employ a security guard to do random checks on the property. “We have, in the past, had people walk in the nursery and ask to buy some of our stock plants,” he says. “When we refused to sell those plants to them, later that night someone cut the fence and the side of the greenhouse to take the plants they asked about.”

Meanwhile, plant shop owners and growers, who price their plants based in part on the size and number of leaves, are left with damaged property. In Potted Elephant’s case, according to Jarrell, one of the specimens clipped by the thief only grows three nodes a year. “It’ll take a year to make up for that,” he says. Corley, of Flora/Fauna, echoes that the remaining damage is often as painful as the stolen parts. “We have a standard here for the plants that we sell, so if something has a bunch of cuttings taken off of it, to us it’s no longer in sellable condition,” she says.

Georgia Wilson, who runs the Instagram account plants.n.things, says the topic of “proplifting” ethics and etiquette has come up frequently among fellow plant enthusiasts online. “Taking a succulent leaf from the ground of a Home Depot floor isn’t hurting anybody, but that’s just one step away from just taking a cutting,” she says. “And that’s just one step away from, ‘Oh, I’m at this botanical garden, I’ll just take a cutting of this.’ It’s a really slippery slope.”

Wilson sees these murky quandaries as a natural underbelly of any capitalist consumer trend; in other words, greed. “The more that people are getting these plants just because they’re a commodity, the less they’re caring about the actual plant and all the time that went into that plant,” she says. “They’re just thinking, this plant has X value, and I’m going to take it and sell it. It’s really unfortunate to see.

Every plant seller with whom I spoke emphasized that the vast majority of enthusiasts are not cutting barbed wire fences or slipping stems into their backpacks. “Ninety-nine per cent of the people in the community are so good to us,” Jarrell said. But, he added, certain plants have acquired luxury status in recent years, and as with any consumerist frenzy, that dynamic has fueled more than a few bad eggs.

“That’s why we posted the statement on our Instagram,” says Jarrell. “We could have not addressed it with the community, but we thought it was important to say that this happened … and we will hold you accountable.” 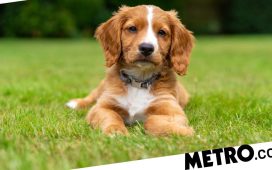 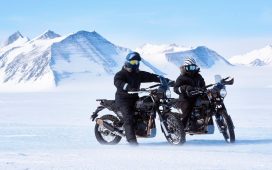 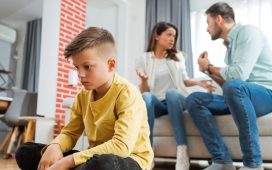 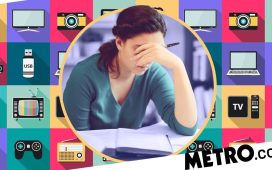 Tips to improve focus and increase your attention span at work

Work it out: 20 of the best women’s activewear pieces – in pictures 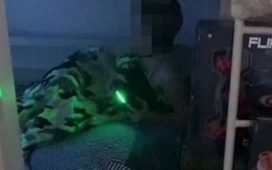