MAN UTD LEGENDS 1-3 LIVERPOOL LEGENDS: The two rival clubs met in a ‘Legends of the North’ clash at Old Trafford on Saturday afternoon with Liverpool continuing their purple patch of success by taking home the full bragging rights

Liverpool were crowned Legends of the North after beating Manchester United 3-1 in a charity match at Old Trafford.

Two XIs consisting of heroes from English football’s two most successful clubs took to the field and helped raise over £1million for the Manchester United foundation, with a rematch to take place at Anfield in September.

Mark Gonzalez stole the show with two well-taken goals, as Luis Garcia opened the scoring for the visitors shortly after half-time.

Dimitar Berbatov quickly bagged a cool equaliser from the penalty spot to draw level, but his strike was merely a consolation in front of a buoyant crowd.

Here are seven moments that you might have missed at Old Trafford.

Having spent the last few years squabbling and debating on Sky Sports, Gary Neville and Jamie Carragher unsurprisingly didn’t bother with the pre-match pleasantries. Carragher was caught sneaking up behind his Sky Sports colleague before the warm-ups, launching a cheeky swing of his arm and pulling away before contact.

The pair of captains – who’ll be on our screens on Sunday for the Premier League’s big finale – were posing for a photo at the time in support of the MU foundation. Then, during the opening stages of the game, Neville took a tumble on the ball in front of the away fans and Carragher made sure that everyone took notice by laughing hysterically.

Just as the stars were on show down on the turf, plenty of big names were in the stands. United’s new CEO, Richard Arnold, was watching on, as was deputy Labour Party leader Angela Rayner and TV presenter Eamon Holmes. Rayner was also supporting the charitable cause, whose efforts in the community were showcased on the big screen in the lead-up to the match, with proceeds from the game going towards their work. For the most important point of the day, over £1million was raised which will go a long way in and around the Manchester area.

When you think of Antonio Valencia, the image of the powerhouse Ecuadorian bombarding down the wing comes to mind. Here, though, the No.25 took up a central role, somewhat of a hybrid between centre-back and holding midfield.

Valencia, operating between the likes of Jaap Stam and Nicky Butt, took to his position like a duck to water and came within inches of scoring just before half-time. He later almost assisted Danny Webber with a pinpoint cross in the closing stages.

4. Tunes from the travellers

Hardly unexpected given the two teams’ states of affairs in 2022, Liverpool’s supporters well and truly made themselves heard from the away section. From “I’m go glad that Jurgen is a Red” to “Allez, Allez, Allez,” those travelling on the M62 certainly enjoyed their trip to Old Trafford – much like their 5-0 win back in October. Of course, they went away happy with the result yet again, as a convincing second-half display made the men from Merseyside worthy winners.

5. Berba rolls back the years

As many ex-players did on the day, Berbatov demonstrated why class truly is permanent with a mouth-watering performance. Even without his ice-in-the-veins penalty which rolled into the bottom corner after sending Sander Westerveld the wrong way, his flicks and tricks throughout his hour of football were a joy to experience. The Bulgarian’s confidence blended with just the right amount of on-the-ball-arrogance is the kind of thing we didn’t see much of these days, particularly not at Old Trafford.

With the scores at 2-1 for the climax of the game, it was Liverpool threatening most to score the third goal. Garcia and Gonzalez both came close to earning their second strikes, and it was the latter who came closest – maybe even close enough.

The Chilean hit the post at a tight angle, but the ball looked to be on its way in before Kevin Pilkington clawed it out. Some of the ball looked to have gone over the line, however, with the linesman’s view blocked by the scrambling United players. Either way, Gonzalez wouldn’t regret it as he notched a second after capitalising on a mistake from Mikael Silvestre to help his side came away with the win.

As the full-time whistle blew, a young pitch invader made his way onto the field towards the cluster of star players. Patrice Evra made sure he wasn’t ushered off by the stewards disappointed and took a selfie with him.

The Frenchman did the same with more youngsters around the tunnel well after the final whistle, and that was despite his visible frustration. Safe to say he’s desperate to get revenge in the second leg later this year. 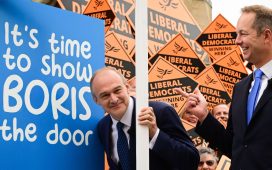