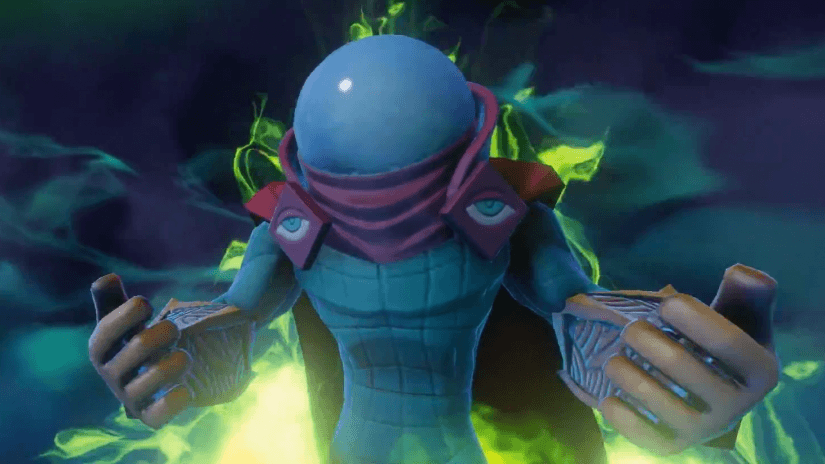 This article comes from Den of Geek UK.

Created in 1964 by Stan Lee and Steve Ditko, the fishbowl-wearing foe Mysterio has been a threat to Spider-Man’s safety for decades, garnering a reputation as a fan favorite long before Jake Gyllenhaal donned the garish costume for this role in Spider-Man: Far From Home. Alongside comics and animated series, the wide world of video games played a large part in helping Mysterio find his way into the hearts of Spidey fans.

Real name Quentin Beck, Mysterio is a special effects whiz that uses his skills with illusions to commit crimes and be generally annoying. This skillset, coupled with the silly costume, makes him a neat fit for video games. He can be a great comedic foil, he can conjure up new environments, and, on occasion, he can even be a genuinely scary adversary.

Amidst all the Gyllenhaal-assisted movie hype, then, let’s not forget these brilliant Mysterio moments that are dotted throughout Spider-Man’s video game history…

Mysterio was nowhere to be seen in Sam Raimi’s Spider-Man 2, but he had a really fun supporting role in the video game adaptation. First, Quentin Beck tries to discredit Spidey, then he pretends to be an alien invader. He eventually lures Spidey into a Funhouse Of Doom, which proves to be a tricky but enjoyable level.

There’s also a great battle at the Statue Of Liberty. And then, providing one of the funniest Mysterio moments ever, Spidey confronts ol’ fishbowl head in a convenience store. Mysterio’s health bar fills up three times, encouraging the player to freak out, but it turns out that one punch is all it takes to defeat this villain.

READ  Video Games Are More Likely to Be Blamed for Mass Shooting if Perpetrator Is White: Study - The Daily Beast

Spider-Man PS4 was clearly made by some huge Spidey fans, and one way that the developers at Insomniac proved this was by creating their own Mysterio fake-out moment to rival the one from Spider-Man 2. When web-head is searching through the crowd at a Halloween party, he runs into a doctor that is cosplaying as Mysterio.

Clearly getting caught up in the party vibes, this cameoing character throws down a smoke pellet and lures Spidey into a hall of mirrors, before firing at him with a toy gun. The ‘battle’ doesn’t last long, but it leaves a lasting impression. The real Mysterio would be proud.

5. Much ado about a chess set (LEGO Marvel Super Heroes)

Not every comic book character can pull off a stupendous subplot in a LEGO game, but Mysterio is more than madcap enough to stick the landing when it comes to brick-based humor. The cape-wearing baddie proved this in Traveller’s Tales’ first LEGO Marvel Super Heroes game, where he got into a scuffle with Magneto and Mystique.

In this bonus mission, which you had to complete to unlock Mysterio as a playable character, Magneto returned to the supervillain prison The Raft to reclaim a chess set that Mysterio stole. This results in a short but sweet battle that’s very tongue in cheek.

The Spider-Man game that launched on PC, N64, Dreamcast, and PS1 in the year 2000 was a brilliant entry point to the wall-crawler’s world, and it’s only fitting that Mysterio had a strong presence in it. The villain teams up with Carnage and Doctor Octopus to set symbiotes loose on New York, and he also gets his moment in the spotlight during a massive-Mysterio-versus-normal-sized-Spidey boss battle.

read more – Every Marvel and MCU Easter Egg in Spider-Man: Far From Home

This is one of many instances of gamers going up against an embiggened Mysterio, and it really was a great intro to the character.

Speaking of literally-massive Mysterio moments in video games, the sadly-defunct-now Disney Infinity franchise featured another ace example of this trope. An extra large iteration of fishbowl head pops up in the Spider-Man playset, controlling the design of a sweet little level using his powers of illusion. The gameplay mainly involves fighting, jumping and cube-manoeuvring, which is a fun way to spend a few minutes. Again, as with his seamless integration in the LEGO universe, the silliness of Mysterio ensures that the character fits really well into this Toy Box reality.

Another fine example of Mysterio-inspired level design can be found in Spider-Man: Friend or Foe, the PS2-era game by Next Level Games. These developers got a lot of mileage out of Mysterio’s ability to create tricksy environments, and they also positioned this fan favorite villain as a core player in the narrative: using a combination of meteor fragments and mind-controlling amulets, in this game Mysterio creates a bunch of monsters and also serves as puppetmaster for an impressive roster of villains.

read more: Spider-Man Villains Who Could Join the MCU

This game proved beyond a shadow of a doubt that Mysterio is capable of being more than just a sideshow.

Beenox’s 2010 title, Shattered Dimensions, still stands out at one of the most ambitious Spider-Man games ever made. Years before the Spider-Man: Into The Spider-Verse movie brought madcap multiverse crossovers into the mainstream, Shattered Dimensions brought the classic Peter Parker together with Spider-Man Noir, Spider-Man 2099 and a symbiote-enhanced Ultimate Spidey (Spider-Ham even made an appearance!). And right at the center of the story was Mysterio, using a shattered ancient tablet to translate his usual trickery into proper magical powers. Threatening the entire multiverse and reality itself, Mysterio became a massive threat that it took multiple Spider-Men to bring down. The final battle, which spanned four dimensions and featured a bigger-than-ever spin on the massive Mysterio trope, is arguably the greatest Mysterio moment in video game history.

READ  Play the Videogames Market With These European Stocks - Barron's

What’s your favorite Mysterio moment, gaming or otherwise? Please feel free to let us know in the comments below…