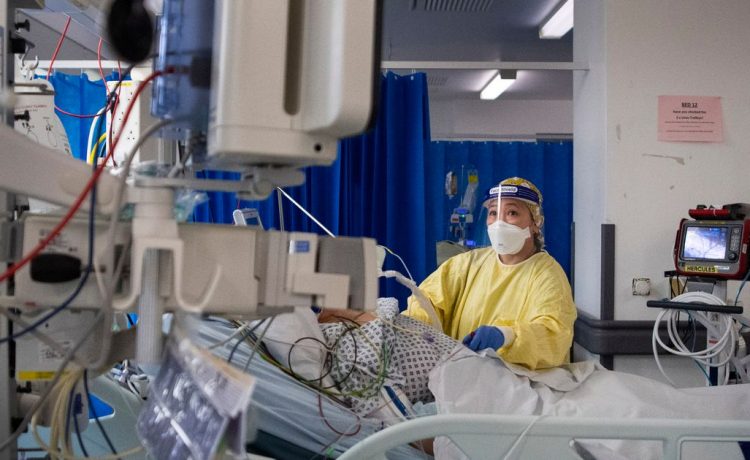 Up to three in every five coronavirus cases in England are now associated with a new mutant strain – as Covid hit 1 in 50 people in the country last week.

The Office for National Statistics (ONS) said 61% of cases in England’s community were “compatible” with the new, more transmissible strain between December 28 and January 2.

Estimates were lowest in Northern Ireland (33%), the North East (30%), Yorkshire and the Humber (27%), Scotland (22%) and Wales (5%). But the ONS said there was “considerable uncertainty” about Scotland, Wales and Northern Ireland.

It came as the ONS confirmed its claim released earlier this week that 1.1million people in England – 1 in 50 – had Covid-19 at some point in the week to January 2.

That included 1 in 30 people in London.

That is a huge rise from the previous infection survey published just before Christmas. It estimated 645,800 people, one in 85, had the virus at any point between December 12-18.

The ONS said: “In England, the percentage testing positive and compatible with the new variant have increased more rapidly since the beginning of December.”

New analysis presented by the ONS today was produced by Sarah Walker at the University of Oxford.

It looked at the new strain, which scientists believe is around 70% more transmissible.

READ  Brexit: Johnson says Britain will leave EU on 31 October 'do or die'

It tested people for three genes found in the coronavirus – N protein, S protein and ORF1ab. The new variant has genetic changes in the S-gene which means it cannot be detected in the test.

The ONS estimated 61% of cases in England did not have the S-gene detected. However, this does not mean all 61% were the new variant because sometimes a gene won’t be detected anyway.

“Data should be treated with caution,” the ONS said.

“In particular, there are small numbers of positives detected in Wales, Northern Ireland and Scotland leading to considerable uncertainty surrounding these estimates.

“There are further uncertainties given that not all cases that are positive on the ORF1ab- and N-genes will be the new variant.”

The data comes from the ONS’s Infection Survey, which is seen as the most reliable measure of how coronavirus is spreading in the community.

Unlike regular testing figures, it uses a formula to estimate the total incidence of coronavirus – regardless of whether people have tested positive or not.

That means it is much higher than other estimates of the spread of the virus.

It also looks only at the community, so excludes places like hospitals, care homes and other “institutional” settings like prisons.

The survey originally looked at England but has recently been expanded to all four nations of the UK.

It comes after England entered its third national lockdown until at least mid-February – while the government races to vaccinate the 15million most vulnerable by February 15.