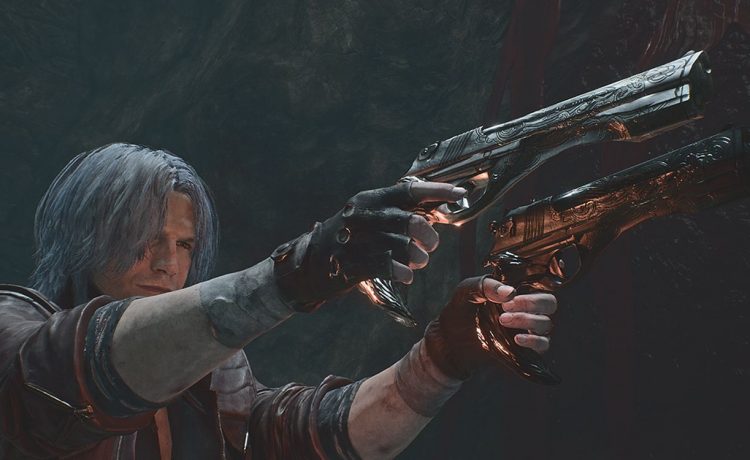 Pistols tend to be some of the weaker weapons in most shooters, but here are five of the most overpowered handguns in video game history.

Pistols are usually the first type of weapon a player unlocks when playing a new shooter. Often the weakest and most plentiful weapons around, pistols tend to get tossed aside in the favor of bigger, nastier guns unlocked upon progressing through the game. However, that’s not always the case. Some pistols are incredibly strong, remaining viable later on — and some go even further than that.

Here is a look at some of the most overpowered and valuable pistols in all of video games.

RELATED: Cyberpunk 2077: How Long It Takes to Beat & Complete the Game

Destiny 2‘s Ace of Spades is a weapon that not only has sound mechanics, but some of the best in-game lore associated with it as well. Introduced in the 2018 expansion Forsaken, the Ace of Spades was the signature weapon of beloved NPC and Hunter Vanguard, Cayde-6 (voiced by Nathan Fillion). After Cayde is killed, players spend the expansion hunting for his killer.

After they get their vengeance, players can claim the gun for themselves. It’s a fast-firing weapon that charges rounds with extra damage when reloading after a final blow. It’s the only kinetic weapon with the energy-exclusive perk, “Firefly,” which causes defeated enemies to explode. These perks (plus the ability to maintain radar when aiming down the sights) have made the Ace of Spades a PvP standard since its introduction.

As its name suggests, the Gunblade is a sword with a revolver worked into the handle. It’s the signature weapon of Final Fantasy VIII‘s protagonist, Squall Leonhart. In FFVIII, whenever Squall strikes out with the Gunblade, the player can tap the shoulder button at the right time, which causes Squall to fire off a round at his foe, the bullet running straight down the blade.

RELATED: The Legend of Zelda: Breath of the Wild – 7 Recipes You Should Know

Mechanically, this automatically results in a critical hit, though a slightly less powerful one than with other weapons. However, with proper timing, that means nearly every hit from Squall’s Gunblade can be a critical — and that extra damage adds up quickly. Couple that with the fact that Gunblades have a 225 percent accuracy, which makes misses impossible even when blinded, and you have a weapon to be feared.

Ebony and Ivory – Devil May Cry

Dante’s signature pistols have been with him in every Devil May Cry sequel and iteration of the character. A pair of heavily modified Colt 1911s (one black, the other silver-plated), the two guns are designed to channel Dante’s demonic powers. Ebony and Ivory can fire slower, magically charged shots in addition to the unending rain of bullets which Dante never seems to run out of.

The pistols may be the lowest damage dealing weapons in Dante’s armory, but they more than makeup for it with an incredibly fast rate of fire. Ebony and Ivory can be used strategically as well — Dante can fire them to juggle enemies mid-air, keep combos extended from a distance and slow his descent while falling. In Devil May Cry 5 the differences between Ebony and Ivory are accentuated, with Ebony capable of firing shots that explode and stagger foes, while Ivory shoots rounds that pierce through multiple ranks of enemies.

Hearkening back to the days of the Nintendo 64, no weapon could cause as much dread in multiplayer matches as the Golden Gun — the most powerful gun in Goldeneye 007 that can be acquired without cheat codes. It’s a single-round pistol that must be reloaded after each shot, but if that one bullet hits, it’s an instant kill.

The gun is pulled from James Bond lore, being the preferred weapon of assassin Francisco Scaramanga, The Man with the Golden Gun. In the film, Scaramanga performs a number of one-hit kills with the weapon, inspiring the Goldeneye weapon’s mechanics. The Golden Gun was so popular that it had a special multiplayer mode where players fight over possessing and scoring kills with a single instance of the weapon.

The absolute reigning king of overpowered pistols in video games remains the M6D PDWS from the original Halo: Combat Evolved. The M6D possessed a 2x magnification scope (something the assault rifle lacked) and packed a massive wallop. The pistol is known for being able to kill most enemies, even shielded ones, with three quick, successive headshots.

The gun was a must-have in Halo‘s multiplayer, capable of taking out other players from across the map. Coupled with the charged shot of an alien plasma pistol, the M6D could shred through almost the entire campaign. Subsequent entries would nerf the M6 line of pistols, making them less effective, but in Halo: CE, there was no weapon you’d want in your arsenal more than the M6D pistol.

The Legend of Zelda: Breath of the Wild – 7 Recipes You Should Know

He writes and writes about Film, TV, Comics, and Games from his lair in Brooklyn. Check him out on twitter: @TheAmazingAri