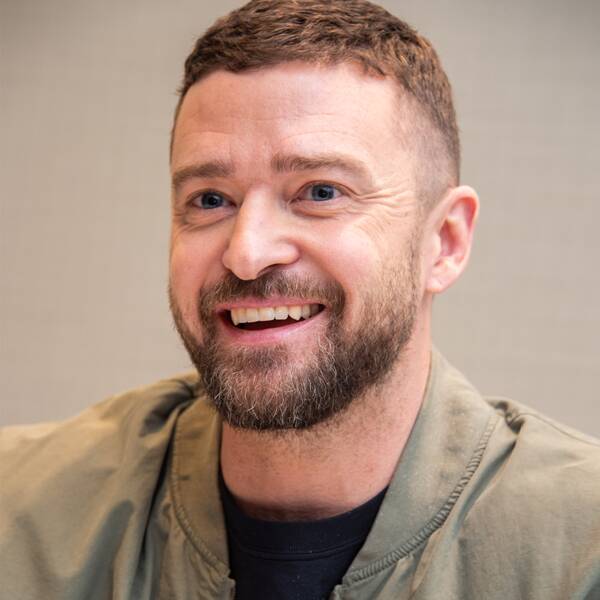 Is there anything Justin Timberlake can’t do?

Since the triple-threat first came into our lives in the early ’90s as a star on Disney Channel’s Mickey Mouse Club, he’s been an ever-present and iconic force in the world of entertainment. Between his boy band days in NSYNC, his massive solo superstardom, his bustling film career, and his inspiring family life, we simply can’t get enough of the man who brought sexy back. After all, there’s no one else who can get us dancing and keep us laughing quite like him.

And with the release of Trolls World Tour, the highly-anticipated follow-up to the hit 2016 Dreamworks Animation film Trolls, which found him voicing the role of Branch, one of the titular trolls, making its way to homes via digital release on Friday, April 10, ready to entertain families weeks-deep into their extreme social distancing as we all fight to slow the spread of COVID-19, his entertaining presence has never felt more invaluable.

In honor of the film being made available, we thought we’d count down the 35 of the biggest reasons to love JT. Enjoy!

The All New Mickey Mouse Club

Back in 1993, the MMC was the place to be! That’s where Justin Timberlake sang and danced alongside the likes of J.C. Chasez, Britney Spears, Ryan Gosling and Christina Aguilera for two seasons.

It was 1995 when NSYNC was formed. Fellow former MMC-er J.C., Chris Kirkpatrick, Joey Fatone, and Lance Bass made it big alongside Justin first in Europe, then here in the States. They sang, they danced and they dressed in matching sweatsuits every chance they got.

It didn’t take Justin long to start developing his own signature style, though. The curls! The tinted shades! That chain! All so quintessential J.T. circa 2000.

This 2000 film, which aired on ABC’s The Wonderful World of Disney, marked the beginning of an era! Justin kicked off an acting career starred opposite Maggie Lawson and Kathie Lee Gifford as Jason Sharpe, a male model with hopes of someday becoming an astronomer.

Jan. 8, 2001 is a date that will forever live in infamy. This was when Justin and then-girlfriend Britney Spears rocked matching double denim (!) at the American Music Awards.

Just before the start of the fifth month every calendar year, the Internet collectively memes Justin’s pronunciation of this “It’s Gonna Be Me” line.

NSYNC performed at the 2001 Super Bowl halftime show with Britney, Aerosmith, Nelly and Mary J. Blige. Justin would go on to perform as a solo artist during the 2004 Super Bowl, but due to the infamous “wardrobe malfunction” that befell Janet Jackson, the less said about that, the better.

After NSYNC performed their single “Pop” at the 2001 VMAs, the guys were joined on stage by none other than Michael Jackson. Worlds collided as Justin beatboxed while MJ danced.

This was Justin’s second single from Justified. There was rampant speculation it was about a certain ex-girlfriend…buuuut, those bridges were burned and now it’s her turn to cry that’s water under the bridge now!

It was Justin’s turn to cry during the very first episode of Punk’d when the MTV series debuted in 2003. With the help of Ashton Kutcher through an earpiece, a not-yet-that-famous Dax Shepard tricked him into believing all of his homes, cars and pets had been seized by the government due to $900,000 of unpaid taxes.

When Ashton finally came out and told a tearful Justin he’d been Punk’d, he couldn’t help but laugh. “You a–hole!” he exclaimed through giggles, just before giving Ashton a congratulatory fist pump and laughing at himself. Justin was clearly amused and later helped trick Kelly Osbourne for another episode of the series.

In 2003, Justin hosted Saturday Night Live for the very first time. He proved his comedy chops right off the bat, particularly with this ensemble and his delivery of the line, “Bring it on down to Omletteville!” As of 2013, he’s become a member of the lauded Five-Timers Club, joining other iconic recurring hosts like Alec Baldwin, Scarlett Johansson, and Melissa McCarthy.

In 2004, Justin won his first Grammys! He got Best Male Pop Vocal Performance (“Cry Me a River”) and Best Pop Vocal Album (Justified). As of press time, he’s won 10 total.

Sexy Had Gone Away…

But in 2006, Justin brought “SexyBack” and then some with FutureSex/LoveSounds. Debuting at No. 1 on the Billboard 200, the album went on to win Justin four of his 10 Grammys, two in 2007 and two more the following year.

In 2006, Justin and pal Andy Samberg gifted us with this gem of an SNL skit that he admitted in 2020 was inadvertently based on his NSYNC years. “We were, like, ‘What if we came up with, like, a duo of guys who are still stuck in a time and a certain style with, like, the silk suits and the herringbone chains and the well and meticulously sculpted facial hair—am I describing NSYNC? This is weird,” he recalled while appearing on the season 11 finale of Hot Ones in April. “I just realized that we took so much from those groups. Holy s–t.”

Justin and Cameron Diaz dated from mid-2003 to late-2006. After their split, though, they remained the friendliest of exes. Both voiced characters in the 2007 movie Shrek the Third, and they later co-starred in the 2011 comedy Bad Teacher.

Although Justin had worked on films like Alpha Dog (2006), Black Snake Moan (2006) and The Love Guru (2008), it was his portrayal of Sean Parker in The Social Network (2010) that really legitimized him as a serious actor. He’s since appeared in films including Inside Llewyn Davis and Wonder Wheel.

This Tennessee kid never forgot where he came from or who raised him! He took mom Lynn Harless as his date to the 2011 Oscars.

On Oct. 19, 2012, Justin and Jessica got married in Fasano, Italy and gifted us this truly incredible photo in the process.

We can’t pinpoint the Justin Timberlake-Jimmy Fallon bromance to an exact date—it traces back Jimmy’s SNL days, at least—but we’re glad it exists.

The first single from The 20/20 Experience featured Jay Z. It was followed up by “Mirrors” and “Tunnel Vision.”

Justin was honored at the 2013 MTV VMAs with the Video Vanguard Honor. He performed a medley of his greatest hits, which included a highly-anticipated reunion with J.C., Joey, Chris and Lance on stage. It was a moment.

JT made his country music debut at the 2015 CMA Awards, where he performed “Tennessee Whiskey” on stage with Chris Stapleton.

After confirming on his 34th birthday that they were expecting, Justin and Jessica welcomed son Silas Randall Timberlake on April 8, 2015.

Nearly a decade after his first VO role in Shrek the Third, Justin helped launch a new animated film franchise as the co-lead of 2016’s Trolls. Starring opposite Anna Kendrick, he gave life to the overly-cautious survivalist Branch. The Dreamworks Animation film was a massive hit, eventually grossing $346 million worldwide.

Not only did Justin lend his voice to the roll of Branch, but he executive produced the music-centric film’s soundtrack, as well. Lead single “Can’t Stop the Feeling!” would go on to become a massive hit in its own right, earning an Oscar nomination for Best Original Song while becoming the best-selling song of 2016 in the U.S.

Man of the Woods

When he returned to his own music career in 2018 with the release of his fifth studio album, named after his son Silas (whose name means “man of the forest”), Justin delivered an LP that saw him introducing a touch of Americana into his usual sound. The results wound up making him Amazon Prime’s most-streamed artist of the year with an album that was the sixth best-selling of the 2018. Not too shabby.

Back to the Super Bowl

In 2018, he also returned to the Super Bowl halftime show, this time headlining the show in Minneapolis all on his own, save for a duet with the late Prince, who appeared on video projection. In the process, he helped make Selfie Kid a thing for a brief moment.

In 2018, Justin also added “author” to his resume with the release of his book Hindsight & All the Things I Can’t See in Front of Me, a curation of observations, memories and photographs from both his personal and professional life. The book reached No. 2 on The New York Times Hardcover Nonfiction best-seller list.

We love a former boy band star who can laugh at himself, joining his wife Jessica, doing her best NSYNC-era Justin drag on Halloween 2019, as her microphone.

Building on the success of Trolls, Justin returned to the role of Brach for the highly-anticipated sequel Trolls World Tour, which became one of the first films to transition from a traditional theatrical release to digital rental in light of the 2020 global coronavirus pandemic. The film was made available on Friday, April 10.

As with the first Trolls film, Justin returned to the role of executive producer for the Trolls World Tour soundtrack while also appearing on eight tracks, including lead singles “The Other Side” (featuring SZA) and “Don’t Slack” with new cast member Anderson Paak.

As only one of two people awarded the Contemporary Icon Award by the Songwriters Hall of Fame, established to recognize songwriter-artists who attained an iconic status in pop culture–Lady Gaga is the other–Justin has made an indelible mark on pop music. With over 88 million records sold, he is, without a doubt, one of the world’s best-selling artists.

(E! and Dreamworks Animation are both part of the NBCUniversal family.)