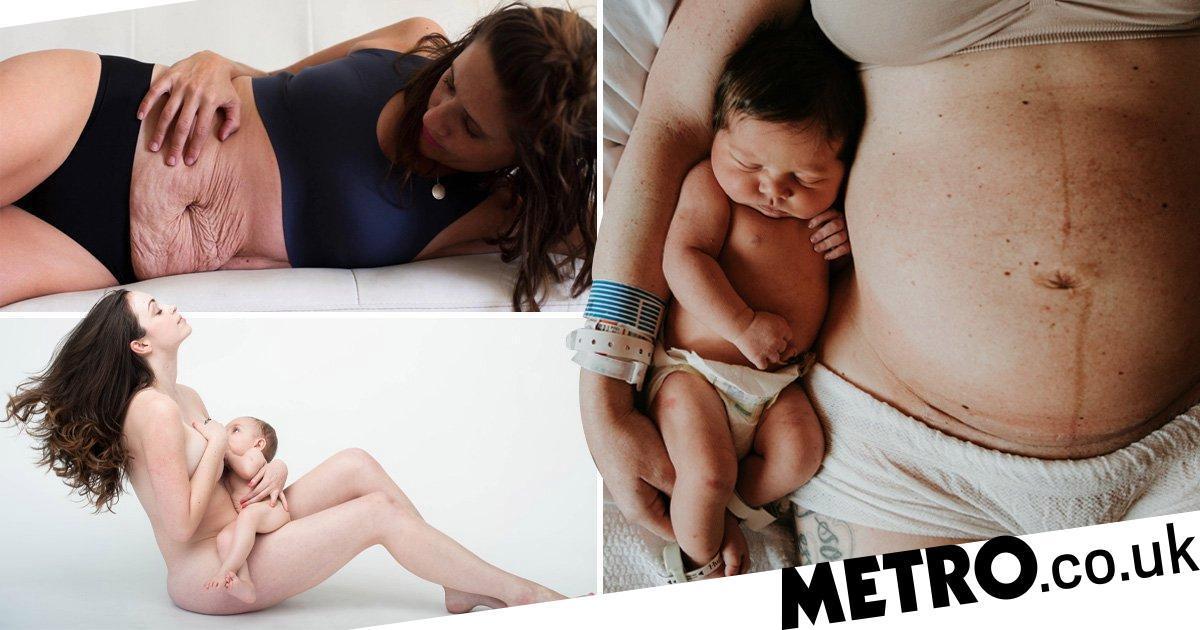 Having a baby is beautiful – but it’s not easy.

Beyond the actual labour process, it can take a while for your body to heal, all while you’re trying to keep a tiny newborn alive.

And when your social media feeds are filled with images of people bouncing back after birth, it can make new mums feel under pressure to get back to their pre-baby bodies.

A survey by underwear brand Knix found that over 56% of women experience postpartum depression and 76% of women feel pressure to ‘bounce back’ post-birth, while 90% of postpartum women received comments about their bodies post-birth

So they created this new photo series to show what life is really like after giving birth.

Knix, the Empowered Birth Project and Carriage House Birth, a doula and childbirth education agency, came together to ask women to share pictures of their postpartum bodies.

They received hundreds of submissions and eventually selected 250 for the series, including pictures from celebrities Christy Turlington Burns and Amy Schumer.

The pictures are open and honest, depicting everything from breastfeeding to the way giving birth has changed a new mum’s body.

The project was inspired by Knix founder and CEO Joanna Griffiths, who became a mum in April.

Joanna wanted more pictures showing the reality of life postpartum as she says her social media feeds were filled with diets and workouts as she struggled with the challenges of breastfeeding and recovering in the weeks after the birth.

She wanted to share the message ‘you are perfect as you, you are supported, and you are seen.’

Knix said: ‘The Life After Birth Project believes it’s time the conversation changes and we instead support and empower women through this chapter.’

MORE: Photo series helps women with acne break down the stigma of living with a skin condition

READ  Mum-of-two defends smoking weed around her kids as it allows her to have the ‘best stress-free days’ with them
Share on FacebookShare on TwitterShare on PinterestShare on Reddit
newsgrooveAugust 30, 2019