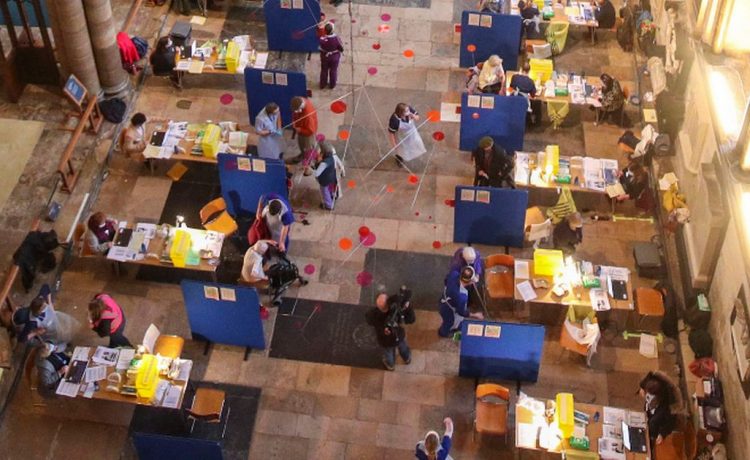 Selected hospitals will start trialling round-the-clock vaccinations in the next 10 days, the head of NHS England has announced.

Sir Simon Stevens said 24-hour-a-day jabs would be “tested” at hospitals in England following a pledge by Boris Johnson.

But it is still unclear whether the appointments will be for the wider public, or just NHS staff. A source last week suggested it would be for staff.

The NHS also did not immediately provide a list of where 24-hour vaccinations would take place, or how long the trial would last.

NHS England chief executive Sir Simon told the BBC: “We will start testing 24/7 in some hospitals over the course of the next 10 days.

“But we are at the moment vaccinating at about 140 jabs a minute and yesterday (Saturday), a quarter of a million people got their vaccinations on the NHS.

“I’m pretty confident by the time we get to the end of today, Sunday night, we will have perhaps done 1.5 million vaccinations this past week, that’s up from around a million the week before.”

It comes after Boris Johnson promised a 24-hour-a-day programme “as soon as possible” in a major U-turn.

On Monday, the Prime Minister’s spokesman had claimed there was not a “clamour” for late appointments as the jab is largely rolled out to the elderly.

But on Wednesday Mr Johnson said: “We’ll be going to 24/7 as soon as we can.” He promised an update “in due course” from Matt Hancock which still hasn’t appeared.

A YouGov poll last week found 43% of Brits would be willing to have a vaccine appointment between midnight and 6am.

A further 32% would turn down an appointment at that time.

Sir Simon today insisted the NHS was already giving “140 jabs a minute” even without a 24-hour-a-day programme.

And he revealed more than half of over-80s have now been vaccinated as the number of mass centres rises this week from 10 to 17.

In the most recent 24 hours, NHS England recorded 320,894 first doses of the vaccine and the daily total has soared over the last week.

Ministers today said all adults would have their first dose by September, while sources anonymously said they were hopeful of it happening in June.

But Foreign Secretary Dominic Raab refused to guarantee everyone would get their second dose within 12 weeks.

That is despite the 12-week gap being quadruple the original 21-day lag between doses, in order to get more new patients into the system quicker.

While the first dose of a vaccine offers some protection against falling ill with Covid-19, it is not as complete as with the recommended two doses.

Scientists also fear the longer gap could raise the risk of the virus mutating to have resistance to a vaccine.

Chief Medical Officer Chris Whitty has insisted the benefit of getting more first doses to more people outweighs this risk.