From metaphysical quandaries to white nationalism, religion to romance, awkward adolescences to fraught marriages, the year’s best series covered all the bases

The best television shows of 2019 drew their power from moments both tiny (a sad woman waving goodbye as she walked down an empty street) and enormous (a nuclear meltdown that nearly wiped out all of Eastern Europe). They traveled through time (for flashbacks to decades past, and for Natasha Lyonne to live the same day over and over) and space (in one case, regular visits to a moon of Jupiter). They dealt with subjects absurd (adolescent sexual awakening) and profound (racism, spirituality, sexual assault).

For the most part, they were young shows, too. Some years, the top 20 is full of old favorites that have been great forever. This year, the BoJack Horsemans and Brooklyn Nine-Nines of the world continued to do superb work, but they didn’t quite make the cut. This list has only one show in its fourth season and a couple in their third. Everything else is two years old or younger. Even as the year saw finales to era-defining series like Game of Thrones, Broad City, and Orange Is The New Black (among many others), ending the decade with so much great new blood is a very promising place for TV to be. Here are the year’s best series.

READ  The Virtues season 2: Will there be another series of The Virtues?
Share on FacebookShare on TwitterShare on PinterestShare on Reddit
newsgrooveDecember 9, 2019

Emmys, not surprisingly, abandon in-person gathering for virtual ceremony due to pandemic 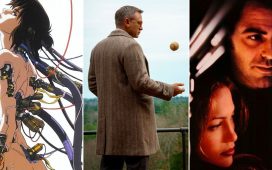 The best films new to streaming this week: 1 August