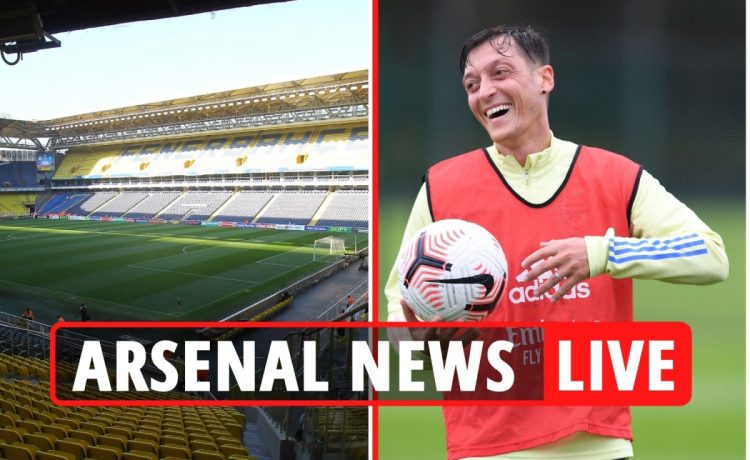 SunSport can exclusively reveal Mesut Ozil will say goodbye to his Arsenal team-mates today ahead of a free transfer to Fenerbahce.

The midfielder has reached an agreement with Emirates chiefs to terminate his contract — due to expire this summer — after waiving a chunk of his remaining £7million salary.

German World Cup winner Ozil is desperate to play football again after being frozen out by Arsenal boss Mikel Arteta since March.

And talks between Ozil, 32, his agent Erkut Sogut and Gunners technical director Edu agreed the player can end his exile and join his boyhood Turkish club as a free agent.

Ozil is set to complete the move to Fenerbahce this week once the final details of his contract termination are signed.

Sunsport understands he agreed to give up a portion of his remaining salary so he could leave the club on good terms.

He is due at the London Colney training ground this morning, where he will say farewell to team-mates before tomorrow’s clash with Newcastle.

He said: “Well he’s made the right step.

“Obviously he hasn’t played much football in the last four months. He had an injury in exactly the same place he had before when he got injured against Spurs

“Now we have the reassurance that he can compete. He did it for 25, 30 minutes.

“He did it well, he didn’t feel anything so now we’re going to be looking for the next step.”