18 Times Jennifer Lawrence Outdid Herself by Being… Herself

“You guys are just standing up because you feel bad that I fell—and that’s really embarrassing, but thank you,” the Silver Linings Playbook star said upon finally reaching the stage to accept her Oscar for Best Performance by an Actress in a Leading Role in 2013, when she was only 22 years old, making her the second-youngest best actress winner ever.

Though the incident did indeed establish her reputation as a stumbler, the standing ovation was for a role well played.

And maybe a little bit because she fell.

“Was that on purpose? Absolutely,” Lawrence joked backstage, Oscar in hand. “What do you mean, ‘what happened?’ Look at my dress,” she added, pointing to the massive skirt of her Dior ballgown. “I tried to walk upstairs in this dress. That’s what happened…Yeah, I think I just stepped on the fabric, and they wax the stairs.”

Asked what went through her mind in that moment, she replied, “A bad word that I can’t say, that starts with ‘F.'”

Recalling the moment a year later to W, Lawrence explained, “I was at the Oscars, waiting to hear if my name was called, and I kept thinking, Cakewalk, cakewalk, cakewalk. I thought, Why is ‘cakewalk’ stuck in my head? And then, as I started to walk up the stairs and the fabric from my dress tucked under my feet, I realized my stylist had told me, ‘Kick, walk, kick, walk.’ You are supposed to kick the dress out while you walk, and I totally forgot because I was thinking about cake! And that’s why I fell.'”

READ  Megan Gale reveals how she keeps the spark alive with her fiancé Shaun Hampson
Share on FacebookShare on TwitterShare on PinterestShare on Reddit
newsgrooveAugust 15, 2019 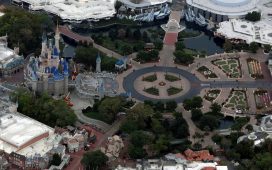 Coronavirus: Test and trace system kicks off in England and Scotland