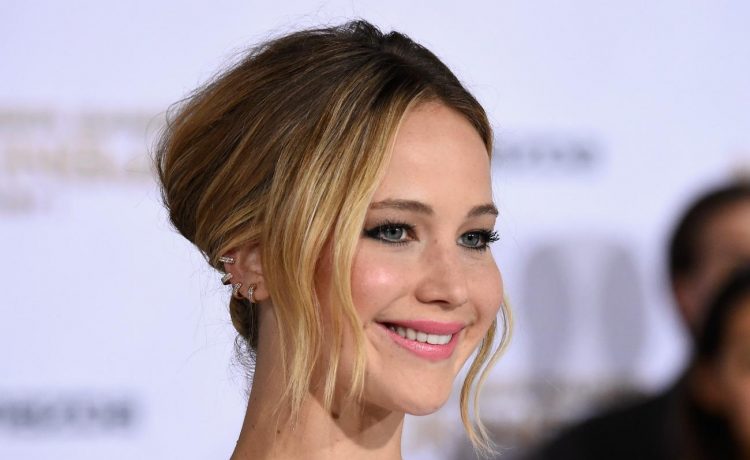 [This article was originally published in 2017]

But scientists generally aren’t satisfied with answers like that, and they’ve spent years trying to pinpoint the exact factors that draw one person to another.

Below, we’ve rounded up some of their most intriguing findings. Read on for insights that will cast your current friendships in a new light — and will help you form better relationships, faster.

1. Copy the person you’re with

This strategy is called mirroring, and involves subtly mimicking another person’s behavior. When talking to someone, try copying their body language, gestures, and facial expressions.

Sure enough, participants were more likely to say that they liked their partner when their partner had been mimicking their behavior.

2. Spend more time around the people you’re hoping to befriend

According to the mere-exposure effect, people tend to like other people who are familiar to them.

In one example of this phenomenon, psychologists at the University of Pittsburgh had four women pose as students in a university psychology class. Each woman showed up in class a different number of times. When experimenters showed male students pictures of the four women, the men demonstrated a greater affinity for those women they’d seen more often in class — even though they hadn’t interacted with any of them.

People will associate the adjectives you use to describe other people with your personality. This phenomenon is called spontaneous trait transference.

One study published in the Journal of Personality and Social Psychology found that this effect occurred even when people knew certain traits didn’t describe the people who had talked about them.

According to Gretchen Rubin, author of the book “The Happiness Project,” “whatever you say about other people influences how people see you.”

If you describe someone else as genuine and kind, people will also associate you with those qualities. The reverse is also true: If you are constantly trashing people behind their backs, your friends will start to associate the negative qualities with you as well.

Emotional contagion describes what happens when people are strongly influenced by the moods of other people. According to a research paper from the Ohio University and the University of Hawaii, people can unconsciously feel the emotions of those around them.

The authors of the paper say that’s possibly because we naturally mimic others’ movements and facial expressions, which in turn makes us feel something similar to what they’re feeling.

READ  Kiss off: does Covid mark the end of the passionate, impromptu snog?

If you want to make others feel happy when they’re around you, do your best to communicate positive emotions.

Princeton University psychologists and their colleagues proposed the stereotype content model, which is a theory that people judge others based on their warmth and competence.

According to the model, if you can portray yourself as warm — i.e., noncompetitive and friendly — people will feel like they can trust you. If you seem competent — for example, if you have high economic or educational status — they’re more inclined to respect you.

“From an evolutionary perspective,” Cuddy writes in her book “Presence,” “it is more crucial to our survival to know whether a person deserves our trust.”

6. Reveal your flaws from time to time

According to the pratfall effect, people will like you more after you make a mistake — but only if they believe you are a competent person. Revealing that you aren’t perfect makes you more relatable and vulnerable toward the people around you.

Researcher Elliot Aronson at the University of Texas, Austin first discovered this phenomenon when he studied how simple mistakes can affect perceived attraction. He asked male students from the University of Minnesota to listen to tape recordings of people taking a quiz.

According to a classic study by Theodore Newcomb, people are more attracted to those who are similar to them. This is known as the similarity-attraction effect. In his experiment, Newcomb measured his subjects’ attitudes on controversial topics, such as sex and politics, and then put them in a University of Michigan-owned house to live together.

By the end of their stay, the subjects liked their housemates more when they had similar attitudes about the topics measured.

Interestingly, a more recent study from researchers at the University of Virginia and Washington University in St. Louis found that Air Force recruits liked each other more when they had similar negative personality traits than when they shared positive ones.

More recently, researchers at Stanford University and the University of Duisburg-Essen found that students who interacted with each other through avatars felt more positively about the interaction when the avatar displayed a bigger smile.

READ  Where are the erogenous zones? Touch these body parts for stronger orgasms

Bonus: Another study suggested that smiling when you first meet someone helps ensure they’ll remember you later.

9. See the other person how they want to be seen

People want to be perceived in a way that aligns with their own beliefs about themselves. This phenomenon is described by self-verification theory. We all seek confirmations of our views, positive or negative.

For a series of studies at Stanford University and the University of Arizona, participants with positive and negative perceptions of themselves were asked whether they wanted to interact with people who had positive or negative impressions of them.

Other research suggests that when people’s beliefs about us line up with our own, our relationship with them flows more smoothly. That’s likely because we feel understood, which is an important component of intimacy.

Self-disclosure may be one of the best relationship-building techniques.

Experimenters provided some student pairs with a series of questions to ask, which got increasingly deep and personal. For example, one of the intermediate questions was “How do you feel about your relationship with your mother?” Other pairs were given small-talk-type questions. For example, one question was “What is your favorite holiday? Why?”

At the end of the experiment, the students who’d asked increasingly personal questions reported feeling much closer to each other than students who’d engaged in small talk.

You can try this technique on your own as you’re getting to know someone. For example, you can build up from asking easy questions (like the last movie they saw) to learning about the people who mean the most to them in life. When you share intimate information with another person, they are more likely to feel closer to you and want to confide in you in the future.

11. Show that you can keep their secrets, too

Two experiments led by researchers at the University of Florida, Arizona State University, and Singapore Management University found that people place a high value on both trustworthiness and trustingness in their relationships.

Those two traits proved especially important when people were imagining their ideal friend and ideal employee.

As Suzanne Degges-White of Northern Illinois University writes on PsychologyToday.com: “Trustworthiness is comprised of several components, including honesty, dependability, and loyalty, and while each is important to successful relationships, honesty and dependability have been identified as the most vital in the realm of friendships.”

12. Display a sense of humour

Research from Illinois State University and California State University at Los Angeles found that, regardless of whether people were thinking about their ideal friend or romantic partner, a sense of humour was really important.

READ  How we met: 'I actually thought he fancied someone else'

Another study from researchers at DePaul University and Illinois State University found that using humour when you’re first getting to know someone can make the person like you more. In fact, the study suggested that participating in a humourous task (like having someone wear a blindfold while the other person teaches them a dance) can increase romantic attraction.

13. Let them talk about themselves

Harvard researchers recently discovered that talking about yourself may be inherently rewarding, the same way that food, money, and sex are.

In one study, the researchers had participants sit in an fMRI machine and respond to questions about either their own opinions or someone else’s. Participants had been asked to bring a friend or family member to the experiment, who was sitting outside the fMRI machine. In some cases, participants were told that their responses would be shared with the friend or relative; in other cases, their responses would be kept private.

Results showed that the brain regions associated with motivation and reward were most active when participants were sharing information publicly — but also were active when they were talking about themselves without anyone listening.

In other words, letting someone share a story or two about their life instead of blabbing about yours could give them more positive memories of your interaction.

14. Be a little vulnerable

Writing on PsychologyToday.com, Jim Taylor of the University of San Francisco argues that emotional openness — or the lack thereof — can explain why two people do or don’t click.

“Emotional openness, of course, comes with risks that involve making yourself vulnerable and not knowing whether this emotional exposure will be accepted and reciprocated or rejected and deflected.”

It might be worth the risk — the same Illinois State University and California State University at Los Angeles study cited above found that expressiveness and openness are desirable and important traits in ideal companions.

It doesn’t matter whether that partner is a romantic partner or a friend.

Psychologists have known for a while about a phenomenon called “reciprocity of liking”: When we think someone likes us, we tend to like them as well.

In one 1959 study published in Human Relations, for example, participants were told that certain members of a group discussion would probably like them. These group members were chosen randomly by the experimenter.

After the discussion, participants indicated that the people they liked best were the ones who supposedly liked them.

More recently, researchers at the University of Waterloo and the University of Manitoba found that when we expect people to accept us, we act warmer toward them — thereby increasing the chances that they really will like us. So even if you’re not sure how a person you’re interacting with feels about you, act like you like them and they’ll probably like you back.