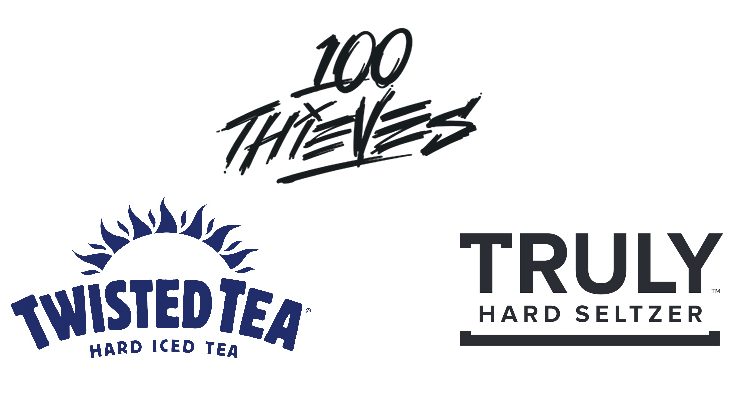 100 Thieves has a new deal with Boston Beer Company brands Truly Hard Seltzer and Twisted Tea Hard Iced Tea, the latest new sponsor brought on board by the popular L.A.-based gaming organization. The deal was announced Friday and terms were not revealed aside from it being for multiple years, with assets including a presence at 100 Thieves’ Cash App Compound plus collaborations on co-branded digital and social media content. Among the activations, Truly will sponsor golf related content from 100 Thieves Founder Matt “Nadeshot” Hong, and Twisted Tea will sponsor a cooking show and do sponsored streams with 100 Thieves personality Jack “CouRage” Dunlop.

100 Thieves is among the several different major gaming organizations that has both an esports arm with professional team and a content side with popular streamers, among other aspects of its business like selling merchandise. 100 Thieves has teams that compete in Valorant, League of Legends and Call of Duty among other titles. Boston Beer Company CMO Lesya Lysyj in a prepared statement wrote that it signed the deal because 100 Thieves “is the gold standard when it comes to fresh, interactive content for the gaming community.” Other 100 Thieves sponsors include AT&T, Chipotle, Cash App, Rocket Mortgage and GrubHub.