Thanks to the abundance of behind the scenes photos, set leaks and press coverage of any big budget movie’s filming and creation, we tend to think of film as being the pinnacle of creative entertainment. To that end – and perhaps due to gaming’s need to keep scores of developers glued to their keyboards for years at a time – it’s easy to forget just how many hours go into moulding your favourite video games.

Concepts and mechanics have to be coded and tested, characters have to be signed off on or occasionally even completely redone – entire levels can be wiped away in the pursuit of a nebulous ‘perfect version’ of the game in question. In doing so, and in the current climate with hundreds of thousands of dollars backing every decision, be it business or artistic, that leaves a staggering amount of content on the cutting room floor.

The version of a given game you end up with could be one of a few thousands variations that existed at any given time, and occasionally, what gets left behind would’ve easily made the final product even better…

You wanna talk about any of ‘those times’ when the entire populace was screaming “That’s IT!?”? You want the close of Halo 2, where one of the most ambiguous cliffhangers in history saw the game’s outstanding combat at odds with a narrative that felt like it had a full stop randomly inserted into the script.

Since initial furore in 2004, various figures from inside Bungie’s walls have revealed all; specifically composer Marty O’Donnell, who after being fired from the company, wasn’t exactly up for keeping their secrets any more. To that end, he revealed that the original ending for Halo 2 wasn’t the Chief mugging to the camera before throwing out a line about ‘Finishing this fight’, but that he would “return to Earth, find the Ark of the Covenant, team up with the Arbiter, and then work with him to defeat the Prophet of Truth.”

O’Donnell also claimed that the cast recorded lines for this big finale, but – as the storied problems of Halo 2’s over-inflated budget, mismanaged team size and ambition goes – they “just couldnt finish the plan, it was just impossible.” 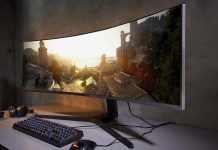 A Screen is A Screen: Actors Are Moving to Video Games as a New Medium For Their Career – Hollywood Insider

Project Luminous Revealed As ‘Star Wars: The High Republic’ But It Isn’t What You Think – Forbes

The next chapter of Indigenous representation in video games – Polygon

Video Games Are a To-Do List You Play – The Cut