The developer of any given Spider-Man game is fortunate to have decades and decades of amazing comic book material to pull from. So many epic, grand-scale comic arcs are just waiting to be adapted and put into the hands of players. Video games have only scratched the surface when it comes to using great, pre-existing Spider-Man content.

10 The Madness Of The Clone Saga

“The Clone Saga” is 90’s comics in a nutshell. It was a large-scale comic crossover that spanned up to 6 monthly series at any given time including Amazing Spider-Man, Spectacular Spider-Man, Web of Spider-Man, and more. The books were collectively written by Tom DeFalco, J.M. DeMatteis, and more, and illustrated by Mark Bagley, John Romita Jr., and more.

What would make this era of comics a great video game is the sheer scope of it all. Spider-Man battles symbiotes, clones, Goblins, the Jackal, and more. The game’s total playtime would easily crack 30 if not 40 hours total. It was a messy era, but it was also fun.

Ben Reilly has surprisingly appeared in little media outside of the comics. Thankfully, fans of the character can enjoy his return in the current “Beyond” arc. We’ve now played video games about Peter and Miles, but Ben Reilly is also another fan-favorite in the Web-Head community.

A video game based on Ben’s time as both the Scarlet Spider and Spider-Man would be pretty entertaining and new. The story could revolve around Ben trying to discover the truth about his origins and whether he or Peter is the clone. It’s a period of Spider-Man’s history that, in the right hands, could be well adapted for a game.

8 The Mystery Of The Hobgoblin

The “Hobgoblin Saga” lasted several years in the 1980s, which began with his first appearance in Amazing Spider-Man #238. The character was largely a mystery, and the identity of the character was even a mystery to comic readers and the creative teams behind the scenes. The series had changed writers, and in that time, each writer had a different idea about who the Hobgoblin should be.

A video game adaptation of this saga could be a game that looks entirely different from the Spider-Man games of late. A more grounded, slow-paced, “whodunnit” approach could lend itself well to a storyline centered around a mystery.

Ever wanted to play an online co-op Spider-Man game? “Spider-Island” is, without a doubt, the perfect comic book story arc to adapt for such a project, and the comic’s narrative gives the developers the perfect excuse to feature multiple Spider-people swinging around Manhattan.

When the Jackal creates millions of spiders, each a duplicate of the one that bit Peter so long ago, the entire population of Manhattan develops spider-powers. Translated into a video game format, each player could customize their own character with their own costume and jump into a New York full of other players, all swinging around and battling classic Spider-Man villains and giant mutated spider monsters.

The Superior Spider-Man comic book series, written by Dan Slott, may have only lasted 33 issues, but its impact on Peter’s life and Spider-Man fans left an impression. Superior showed that these books can have consequences for their characters, and those consequences may not be resolved after a few issues.

Doc Ock inhabited Peter’s body for the perfect amount of time – long enough to cause some social destruction in Peter’s life and just long enough for fans to miss Peter’s presence. A video game focused on the Superior era of Spider-Man could give players the opportunity to play a slightly more villainous Web-Head.

Following Peter’s return – after Doc Ock took over his body – he found that Ock had made a name for himself… in Peter’s shoes… using Peter’s name. The “Worldwide” era of Spider-Man saw Peter fill a hybrid role of friendly neighborhood hero and CEO of a major tech company. His position took him all over the world and allowed him to construct suits and gadgets that he’d never be able to afford on a newspaper photographer’s salary.

Spider-people from all across the multiverse is far from a strange concept to game developers after the huge success that was Shattered Dimensions. Spider-Men Amazing, Noir, 2099, and Ultimate teamed up to collect fragments of a tablet across their own dimensions.

The comic arc “Spider-Verse,” written by Dan Slott, amps that concept up to 11, featuring hundreds of Spider-people teaming up to defend against universe-hopping spider-vampires. A video game based on “Spider-Verse” could follow the foundations laid by Shattered Dimensions and put players in the shoes of any of a hundred Spider-people, from May Parker to Spider-Gwen, to Spider-Ham and more.

3 Even More Clones In Clone Conspiracy

During Dan Slott’s “Worldwide” era on Amazing Spider-Man, the villain known as the Jackal seemingly returned with a new plan of reviving every major and minor character that had previously been killed. He wanted to do this using a new version of cloning that made them as close to their originals as possible.

The Jackal turned out to be Ben Reilly, whose mind had been altered due to brutal experimentation from the original Jackal. A “Clone Conspiracy” game could be packed with content and boss fights as Spider-Man battles every major foe from throughout his nearly 60-year history.

Nick Spencer’s Kindred was certainly one of the most terrifying foes Spider-Man’s ever faced. They wielded seemingly godlike powers, killing Peter and resurrecting him over and over just to mess with him, and even turning his allies into demonic monsters. The “Last Remains” arc saw Peter virtually secluded from his allies.

A game adaptation of this newer arc would certainly be dark and most likely draw visual styles from the Arkham series. While the bulk of the story could take place in New York, players would have to travel into Kindred’s lair and maybe even into Hell itself to confront Kindred and Mephisto.

Written by Brian Michael Bendis and illustrated by Mark Bagley for almost the entire 133 issue run, the comic book Ultimate Spider-Man ran from 2000 to 2009. It allowed the creative teams at Marvel to continue Peter’s original storyline in the mainline Amazing series while rebooting the character in a new book that took place in a new universe.

The Ultimate Spider-Man video game was released in 2005, just halfway through the comic’s run that it was based on, and took place after the “Venom” arc. Since the game’s release, the comic explored its own versions of the Clone Saga and many more stories. A remake of the game, featuring expansions to include the rest of the Ultimate comic run, would be an absolute treat to play.

NEXT: 5 Things Spider-Man PS4 Does Better Than Marvel’s Avengers (& 5 Avengers Is Best At)


Next
10 DC Heroes Who Keep Getting Stronger

Cole spends most of his free time reading comics and fantasy novels, or watching TV and movies. If there’s capes and superpowers involved, he’s interested. He will forever debate which fictional characters would win in hypothetical fights, no matter how detrimental to his social life. 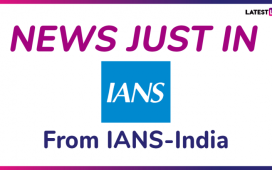 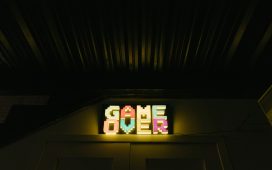 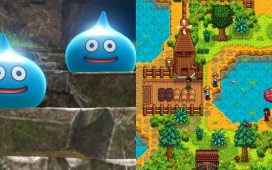 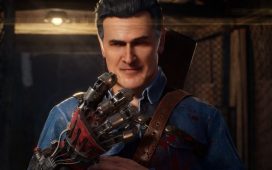