As any video game developer will tell you, video games are extremely hard to make. Even worse, there is no guarantee the games that are developed will be completed or released, despite the hard work that goes into them. Whether it’s because of budget issues, encroaching deadlines, studio politics, or changing platforms, there is a myriad of reasons a game might be canceled.

RELATED: 9 Games That Were Cancelled Despite Already Being Finished

Some video game cancelations are more costly than others. For example, if they’re close to completion before their demise, stagnated in never-ending and expensive development hell, or have developers who got too ambitious for their own good.

10 StarCraft: Ghost Tried To Turn The RTS Classic Into A Third-Person Actioner

Real-time strategy fans will undoubtedly recognize StarCraft as one of the genre’s preeminent titles. StarCraft II was one of the earliest e-sports sensations. However, in 2002, the developers behind the franchise, Blizzard Entertainment, announced how they wanted to capitalize on StarCraft’s success by making a third-person action/stealth game based on the game’s lore. Enter StarCraft: Ghost, where you played as a psychic Terran spy (known as a “ghost”) named Nova. Unfortunately, after over a decade of delays across multiple platform generations, the game was officially canceled in 2014. It was a huge shame considering the game looked promising from what little was revealed via the various leaked trailers and demos over the years.

While there were a few mediocre Marvel Cinematic Universe tie-in games prior to the release of the 2012’s Avengers film, THQ – who had the license to develop the Avengers tie-in game – decided to expand their scope and try something a bit more ambitious.

So, instead of making a standard, run-of-the-mill third-person beat-em-up based on the plot of the (at the time) upcoming Avengers movie, they decided to tell an original story where you play as the heroes in first-person and fight off the infamous Skrulls. Unfortunately, even though the game was almost completed, after multiple high-profile and costly flops from THQ (including Homefront and the uDraw Gaming Tablet), they had no choice but to cancel it.

The Batman Begins tie-in game from EA – while not necessarily groundbreaking – was still better than expected for your standard movie tie-in game. So, when EA had the chance to develop a title for the upcoming The Dark Knight film, the company decided to pull out all the stops. It adopted a more robust game engine and attempted to create a completely open-world experience, as opposed to the more linear one of Begins. However, their noble ambition caused constant technical difficulties and delays, which forced the game to miss the film’s release by a wide margin. In the end, the studio pulled the plug – a decision that cost the company $100 million in potential revenue.

In the wake of Mortal Kombat’s runaway success in the early ’90s, many game developers copied MK’s successful combination of digitized sprites with bloody ultra-violence. One of the more successful of those types of fighters was Atari’s Primal Rage, which pit giant dinosaurs and apes against each other in gory combat. It was so successful that a sequel was rushed into development. However, due to the high cost of the stop-motion animation (which included giant-sized human fighters this time), and the sudden flailing interest in arcade fighters, Atari cut their losses and canceled the almost completed game altogether. Only one unofficially released test cabinet exists to this day.

6 Tattoo Assassins Killed Due To Delays And Mismanagement

Boasting a story written by Back to the Future‘s Bob Gale, the game included 100s of finishers (including “Nudalities”), but ultimately didn’t test well with players. This was compounded by managerial issues and developers missing their deadlines, so the game was eventually shelved. It’s honestly a shame because one of the finishers was being crushed by BTTF’s classic DeLorean!

There aren’t a lot of movies less suited for a video game adaptation than Taxi Driver. Although there’s some action towards the end of the film, the majority of the movie’s premise is a character-driven descent into madness. And while you could potentially make an interesting game with that concept, in the mid-2000s, developer Papaya Studio decided to try and adapt the film into a GTA-esque shoot-em-up instead. Even more egregiously, it was intended to be a canonical sequel to the film (which was always pretty ambiguous). Regardless, the studio eventually ran out of money and the game was unceremoniously canceled – much to the delight of director, Martin Scorsese, who was vehemently against the game from its inception.

2006’s Prey was a surprise hit. A sci-fi first-person shooter, it focused on an Indigenous main character who gets abducted by aliens and has to escape their ship to survive. The game was praised for its great and unique gameplay (including the use of an ability called “spirit walking”, as well as portal physics before Portal). However, while a sequel was quickly announced, after many delays, it was canceled due to internal struggles between the developer Human Head Studios and publisher Bethesda (who ended up making an unrelated Prey reboot in 2017). Furthermore, there is footage of the canceled Prey 2 online, with some sources claiming it was finished before being canceled by Bethesda. Gamer’s might never know the truth, but the footage is impressive enough that many fans lament the fact it wasn’t allowed to see the light of day.

While DOOM is having a bit of a Renaissance after the dual successes of 2016’s DOOM reboot and its direct sequel DOOM Eternal, there was a short fallow period in the early 2000s. 2004’s DOOM 3 was divisive among fans due to its slower pace and increased emphasis on horror over action. The eventually-canceled DOOM 4 was meant to be a corrective installment that re-focused on the game’s action. Set on a demon-infested Earth (like DOOM 2 and DOOM Eternal), the game spent years stuck in development hell. Eventually, the developer canceled it for being too similar to Call of Duty, and the team had to start again from scratch.

2 Silent Hills Disappears With Only P.T. To Show For It

However, due to issues brewing between Kojima and Konami (particularly the ballooning budget of the most recent Metal Gear Solid game at the time), the project was eventually canceled. This was after years of development, including the release of the frightening and well-received P.T. demo, which showed off what the promising game could’ve looked like.

This cancelation hurt. Before Boba Fett made his glorious return in the second season of The Mandalorian, he was supposed to be the star of a gritty, M-rated GTA-style Star Wars game called Star Wars: 1313. Unfortunately, LucasArts began work on the game in 2012 – the same year George Lucas sold the Star Wars rights to Disney. After that, it was only a matter of time before an “M-rated” game wouldn’t fit with The Mouse’s new take on the franchise (on top of other potential developmental issues with the game before the acquisition). It’s a tragic loss to the gaming community because everything that’s come out about 1313 makes it look like it would’ve been something special.

NEXT: Star Wars: 8 Things We Hope To See In The Book Of Boba Fett 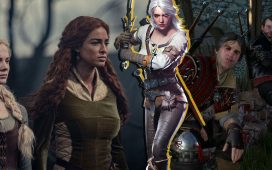 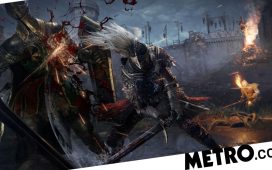 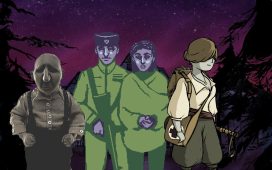