Myths, urban legends, and rumors are all a part of the gaming culture. Gamers love to talk and explore different ideas about their favorite games. But, sometimes within those discussions, half-truths and blatantly false information gets passed down as facts. And when that happens, misinformation will spread like wildfire, having gamers believe those myths, urban legends, and rumors. And worse, defending them when it’s time to have a friendly debate.

People will believe just about anything, however, there may be a psychological reason for that. And one of those well-documented reasons is the Mandela effect. The Mandela effect by definition is a group of people that believe false memories or current events, that have been altered either by interpretation or memory. However, they are believed as facts, and as deep as the Madela effect is, video games have not been spared, and some games exist only in the minds of others.

Yoshi’s Dreamland is the perfect example of the Mandela effect, as the game simply does not exist. However, gamers will often refer to the title as a real game, but they are referencing something that is fictitious.

There is a logical reason Yoshi’s Dreamland is a thing in the gamer community and it’s because of a distortion of memory. Kirby’s Dreamland 2 and Yoshi’s Island came out the same exact year in 1995, and on top of that, both games are very similar in terms of gameplay and animations. And, it’s because of those similarities that they are often mixed up.

9 Killswitch Has Gone From Legend To Reality

There are two games out there named Killswitch, the one that exists is a third-person shooter that came out for PlayStation 2 and Xbox in 2003. The one that doesn’t exist ostensibly came out in 1989. The fake Killswitch is a creepy survival horror game, set in a lonely cave. There are two characters the player can choose from and it’s between a woman who is wounded and an invisible demon, that shoots fire from his mouth.

Conveniently for the urban legend, the game erases itself, after the player beats the game. Covering any tracks of its existence. However, that doesn’t stop gamers who will swear up and down that this game is real. In fact, mini developers have taken all the details of what fanatics have said about the game and created a version that can be played online.

Pokémon is not immune to urban legends and myths, even a cute loveable Pikachu as the game’s mascot can’t stop rumors. But there is an urban legend revolving around a Pokémon video game that does not exist, and that game is called Pokémon Black.

It’s not the one that came out for the Nintendo DS in 2010, the one being referred to apparently came out for the original Gameboy on an undisclosed date. The game has the player start off just like the Red and Blue versions, but instead of picking a Charmander, Squirtle, or Bulbasaur the player’s sole option is to pick ghost. As the player plays the game, odd things happen, and when the player beats it, the game turns off, erasing all of its data.

7 The Starfighter Game Was Never Released

Starfighter was a game that was in the cult classic The Last Starfighter, and that is what the movie is primarily about a video game. And that’s a big reason why people insist the game is real, the movie had compelling footage of gameplay in its scenes. However, the game never came to production.

Regardless of the fans supporting the cult classic, the movie didn’t do too well at the box office. Game developers were supposed to make a game to promote the movie. But producers cut the project off and decided to cease funding for the game. Leaving fans and gamers in the dark, with only their rumors to spread.

6 Paper Mario Party Would Be So Fun If It Existed

Paper Mario Party seems like a really cool idea and one Nintendo should consider, but unfortunately, the game isn’t real, yet. Paper Mario has always been received very well by the gaming community, and adding the style to Mario Party would be fun for everyone.

RELATED:  10 Questions About The Mario Games That Have Never Been Answered

However, Paper Mario Party doesn’t exist, and it seems to be more of a consumer want than an actual belief that the game exists. But gamers do tend to think there is a game out there called Paper Mario Party. And honestly, it’s believable as Mario has many variations of its games.

Fix-It Felix, Jr is very confusing because gamers think this game exists. However, in their defense, there is a lot of content on the internet that has game footage. But all that footage comes from a Disney movie called Wreck-It Ralph.

To make matters worse the game Fix-It Felix, Jr has stark similarities to another game that was made in 1981, Donkey Kong. And it also doesn’t help, that fans of the movie created exact replicas of the game to play online. Even though the game doesn’t exist, it did not stop fans from creating one.

4 Wrestle Jam 88 Was Created Solely For A Movie

Wrestle Jam 88 is a fictional game that was in the movie The Wrestler. Although it does not exist, it’s a fully-functional game solely created for the movie and the particular scene it was in. But, gamers will never find it in stores, as it was never commercially produced.

Gamers shouldn’t feel too bad for not being able to play the game. Wrestle Jam 88, essentially mimics every wrestling game created in the late 1980s. It’s a basic 8 bit Nintendo game that really wouldn’t impress many gamers today, the gameplay in the movie appeared to be clunky and slow, and nothing that should be missed.

Another game people insist is real is Global Thermonuclear War which is another game that revolved around a movie. And the name of that movie is Wargames. Wargames had an interesting concept for a movie. The movie was about a gamer that somehow ended up hacking into a military system, designed to fire nuclear missiles, all the while thinking he was playing a game.

The reason people think this is a real game is because of the game footage in the movie it was created for. The gameplay was completely narrative, but that’s how PC gaming was back in the day, it was story-driven with a lot of dialogue. Game developers did produce a game called Wargames, although similar to the one in the movie, it was very different and more simple.

Super Mario Bros and Super Mario 64 are two totally different games however, both games are usually combined and mixed up by the gaming community. A lot of gamers in the community refer to a game that does not exist and that fictitious game title is Super Mario Bros 64.

RELATED: 10 Great PC Games That Have Never Been On Steam

The gaming community can hope that it can exist in the future because it sounds like it would be an awesome game to play. Possibly combining Super Mario 64 in a 2D setting, and then having multiple characters to choose from could be something Nintendo could implement, but one can only hope.

1 Polybius Is Just A Conspiracy Theory

The last game on the list is likely the most frightening, although there are others that are creepy and fantasy-based, Polybius is one that should freak gamers out the most. Urban legend has it, that the game is a psychological experiment run by the government. Gamers who have apparently played it went crazy and utterly insane.

However, those who swear to have played it without any adverse effects, oddly don’t have any recollection of the game. There is no trace of its existence other than eyewitness testimony regarding the strange phenomena. Maybe it’s just a silly government conspiracy, or maybe it’s not silly at all.

NEXT: 10 Retro Games You Never Played (But Should)


Next
Pokémon: 10 Ways Team Galactic Is The Best Villain Team Of The Franchise 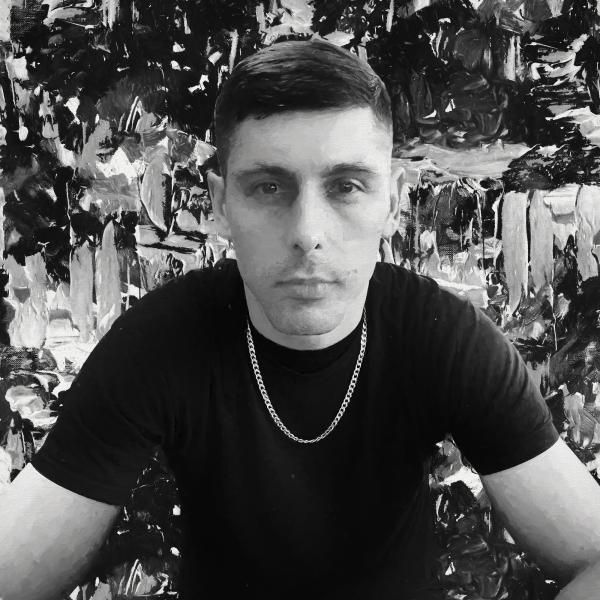 Will Baker is a reader, writer, gamer, and basketball player. He graduated from the University of Central Florida, with a History degree. Will is a freelance writer and lives to write every chance he gets. 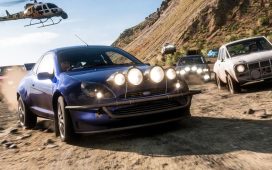 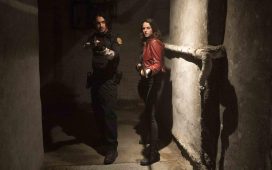