Not every gamer enjoys playing sports games, but for those who do, they are a great way to play the sports you love. Sports games have been around since near the beginning of video games in general, but they have certainly advanced over the years.

However, impeccable graphics and realistic character models aren’t necessarily a guarantee of making a perfect game, even if they can certainly help. There are plenty of classic sports games that stay in the hearts and minds of players, despite their respective franchises releasing more realistic products since.

NHL games have been delivering strong showings since the early 1990s, with NHL 94, 95, 14, and the most recent 22 being among those that have stood out the most. However, the NHL-licensed arcade-style hockey game, 3 on 3 NHL Arcade, held its own and was also thoroughly enjoyed worldwide.

While being a goofy parody of sorts with its power-ups that could increase speed or size, the fast and frantic pacing of the matches would often feel more fun than in the other games. Sadly it is now considered a delisted game after its server was shut down, but this simply served to immortalize it, with fans waiting for some kind of rekindling of the concept in the future.

Despite being released as late as 2015, Rocket League feels like it has been around forever. It has the simplest of premises, being car football, but it has become a huge hit since its release, with it adapting accordingly when required.

As fun as the game is, it doesn’t represent the most realistic of games. Cars that can boost to fly, rotate, and defy gravity in the air while accurately sending a ball into the goal haven’t quite been grasped in reality just yet. The game’s Rumble mode makes things even whackier with Mario Kart-like items and weapons for maximum chaos.

The Nintendo Wii may feel underappreciated and somewhat redundant since the Nintendo Switch’s release in 2017, but it still has to be recognized for the revolutionary console that it was. It encouraged fitness in gaming, moreso than other consoles, even if its graphics could never quite keep up. In fact, many Wii exclusives embraced this with a more cartoony aesthetic.

Wii Sports was a huge franchise to help with this, and while the original is remembered as being the best, Wii Sports Resort was a welcome refresh in 2009. Swordplay, Archery, Cycling, and many more made it feel like more of an Olympics game, which made for hours of family fun.

The Tony Hawk’s Pro Skater games are easily among the most popular sports games of all time. While they each have their own strengths, Tony Hawk’s Pro Skater 2 has stood the test of time and is considered the best. It even got a remake alongside the first game in 2020, but the reviews never quite lived up to those of the original release.

Tony Hawk’s Pro Skater 2 was released back in 2000, and returning to it now makes it feel much more like an arcade game, with its graphics, presentation, sound design, and general aesthetics. Technology has moved forward considerably since then, but it doesn’t change the fact that this game is still one of the all-time greats.

The Madden NFL games have become EA’s American football equivalent of the likes of FIFA and NHL, but there are other franchises within the sport that deserve recognition. ESPN NFL 2K5 was released in 2004 as 2K’s final hurrah with the sport, and it cemented its own legacy.

Its graphics may not hold up too well within the realms of modern-day technology in video games, but it was a legitimate threat to EA, who would sign an exclusivity deal with the NFL shortly after. This debate within NFL games proves that graphics aren’t everything, as each year’s EA release is inevitably compared to the immortal ESPN NFL 2K5.

Released in 2004, MVP Baseball 2005 is one of several games that were way ahead of their time and represented their respective sport perfectly. It says a lot that games like MVP Baseball 2005 and ESPN NFL 2K5 are still talked about today, almost twenty years since their release.

It is a testament to this game that one of the only flaws that anyone ever talks about is the announcing glitches. EA brought their a-game, with effortless gameplay and new features to make a truly authentic experience. It is another example of a game whose graphics don’t look too amazing compared to modern titles, but it doesn’t change the impact it had on baseball video games.

FIFA games nowadays get a lot of hate, but the reality is that this has come despite making a product with exceptional realism, on paper at least. FIFA 10 finds itself as the highest-rated FIFA game on Metacritic. This is due to it having exceptional graphics at the time and having added appropriate improvements to gameplay and various modes.

RELATED: 10 Games To Play While You Wait For Mario Strikers Battle League

It was also during the phase of testing Ultimate Team, with it only being a part of FIFA 10 as paid DLC. Ultimate Team now finds itself consuming every single FIFA installment, but back then, the focus was shared amongst all the other game modes. In terms of realism in gameplay, FIFA 10 holds nothing in terms of graphics to the most recent releases, but it was terrific at the time.

3 NBA 2K11 Had The Nostalgia & The Progression In Gameplay

The NBA 2K games have been exceptional in recent years with their realistic graphics, gameplay, and modes. MyCareer story modes have generally been great, especially when compared to The Journey in the FIFA franchise. However, for all of the impressive features of the most recent NBA 2K games, NBA 2K11 is still arguably the best.

The iconic Michael Jordan was on the cover for this game allowing for some nostalgia-filled fun through various game modes. As well as this major selling point, the game generally felt like the best all-around NBA 2K release, and it still does.

Fight Night Round 4 has to be considered one of the most authentic and realistic boxing game experiences out there. Round 4 was released in 2009 and was the fourth installment of the Fight Night series. Fight Night Champion came later in 2011 but was still released on the same generation of consoles as its predecessor. Therefore it wasn’t particularly groundbreaking in any advancements on Fight Night Round 4.

Fight Night Round 4‘s physics engine helped punches feel fast, weighty, and most importantly, real. Players could get caught up in the moment with these intense exchanges of blows, thanks to the graphics being that good for a 2009 game.

Steep and Riders Republic are Ubisoft’s two main attempts at an authentic extreme sports gaming experience, and both have been rather successful. With them being released in 2016 and 2021, respectively, they both thrive in having modern technology to bring out beautiful environments and precise gameplay.

Arguments about which is the better game will likely go on for years to come, but Riders Republic seemingly learned from Steep and introduced new features. The main difference is that Riders Republic is on the newest generation of consoles, with the PS5 and Xbox Series X/S, which helps it to look stunning in its execution.

NEXT: Every Sport In Nintendo Switch Sports, Ranked 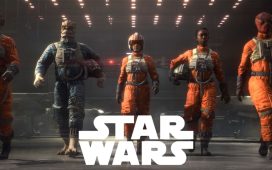