While franchises like Super Mario Bros. and Call of Duty have remained omnipresent parts of video game pop culture, some of the best games have slipped through the cracks of time. With a wealth of games to play, some amazing releases are overlooked in the mainstream but garner cult followings that give them new life.

From classic platformers such Adventure Island to underrated FPS games like Perfect Dark, the history of gaming is filled with terrific games that go unnoticed. Though there are many to choose from, users on Reddit took to the site to mention the cult classic games that they love the best.

Though games such as Double Dragon are fondly remembered beat ’em ups from the NES days, other games in the genre didn’t receive as warm a welcome. User saruin mentioned one such game when they wrote “I’ll be the first to mention River City Ransom. Beat-em-games were a big deal in the ’80s…and then there was this gem”.

Unlike its contemporaries, River City Ransom introduced RPG elements which allowed the user to advance their player’s statistics as the game went on. Though this made the game deeper, it also made it harder to simply pick up and play, which was the appeal of most button mashers of the era.

As can often happen in the competitive video game market, a game can be usurped by a larger franchise that follows in its wake. User Mr_Kerchu lamented that a game was overlooked when they said “Does Gun on PS2 count? It’s a Western game sort of like Red Dead Redemption before that existed…It’s pretty well received but people don’t talk about it much”.

Gun featured an open world that allowed the player to explore an Old West environment and level up through various tasks and side quests. Unfortunately for Gun, the aforementioned Red Dead Redemption came along and improved on the things introduced in the earlier game. Despite this, many players revisit Gun and are pleasantly surprised how well its stands up today.

Though console gaming has a plethora of cult classics in its history, PC gaming is by far a more overlooked medium. User falcazoid pulled from personal experience when they mentioned a game, commenting “Star Trek: 25th Anniversary– DOS game. Fun point and click game from my childhood that actually probably is fun today”.

A quarter century into the franchise’s existence, Star Trek: 25th Anniversary delivered one of the best Trek games of all time. Played like a series of episodes from The Original Series, players navigate stories while controlling the recognizable characters from the show. Computer gaming was in its infancy in the early ’90s, and many players missed the memorable game even though it was partially ported to the NES.

The Sega CD is mostly remembered as a terrific failure for the video game company, but it wasn’t without its cult classic games as well. User linuxllc was descriptive when talking about an underrated game, saying “Night Trap is an interactive movie video game…for the Sega CD…The game is primarily presented through the use of full motion video”.

Night Trap was a truly unique gaming experience which tasked players with observing a girl’s sleepover in a mansion that is infested with vampires. Mostly remembered for its cheesiness and gimmicky gameplay, the game has nevertheless garnered a huge cult following. In its time, the game was largely overlooked because it was on a console that almost nobody purchased.

The Nintendo Game Boy represented a revolution in the industry, and helped to usher in handheld gaming in general. User huxley00 plumbed the depths of the Game Boy library when writing “Gargoyle’s Quest…this was a bit of a gem when I was a kid…many of the games lacked depth and nuance. Gargoyle’s Quest was a rare gem in the midst of all this”.

Set within the world of Ghosts ‘n Goblins, Gargoyle’s Quest put the user in control of a villain from the previous games. Mixing up the gameplay with overhead street view and platforming segments, the game had more to offer than the usual Game Boy fare. While it didn’t move the needle upon release, many fans want to see the classic Game Boy title on the Nintendo Switch.

By the late ’90s, the point-and-click game had fallen out of favor, but one hidden gem used creativity to revive it. User kabukistar talked about an underrated PC when they said “The Neverhood…the whole thing is claymation, and the story is more like a creation myth”.

Even in a decade of quirky games, The Neverhood still managed to stand out amongst the rest. Depicted in a claymation style, the game also featured a wacky story and funny music that kept players engaged. Even though it spawned several sequels, it failed to reach the same status as some of the bigger franchises from the turn of the new millennium.

City building games have come a long way over the years, and many of the earliest games walked so modern games could run. User yellowpotatobus turned to the oft forgotten genre when they said “Pharaoh, PC 1999 – It’s my favorite city builder…It’s almost always overshadowed by Sim City…It’s even overshadowed by other games in its own series”.

Though the game would look familiar to most city builder fans, the setting of Ancient Egypt adds a unique twist to the gameplay. Packed with additional challenges, Pharaoh was way ahead of its time amongst its contemporaries. While it is often regarded as one of the best city building games ever, its unique premise made it too niche for most gamers at the time.

Though many movies have used the works of H.P. Lovecraft as inspiration, it is much rarer in the world of video games. User UragGroShub went in a horror direction when they commented “Eternal Darkness: Sanity’s Requiem…The insanity stuff was cool but it was for me just a really great supernatural horror story”.

Though it had traditional survival horror elements, Eternal Darkness also included a feature which affected the character’s mental state as they witness the horrors of the story. The mechanic was a revolutionary addition, and made it truly unique, but the adult oriented nature of the game made it a tough sell for the child friendly Nintendo Game Cube system.

The Nintendo Entertainment System was such a revolutionary console that some games slipped through the cracks simply because the field was so crowded with great games. User TLDR2D2 mentioned one such game when they said “Adventure Island (NES) – Loved this platformer. Weird, stone axe-throwing, skateboard-riding, baseball cap-wearing caveman dude…Played this so much”.

Though platformers were nothing new in the 8-bit era, Adventure Island mixed in several different gameplay mechanics to keep it interesting. It was a challenging game overall, and the vastness of it kept players coming back for more. Not through any fault of its own, Adventure Island was simply overshadowed by a wealth of amazing games on the NES.

The turn of the new millennium was an explosive time in gaming, and it seemed that every new release was breaking boundaries. User onex7805 had an FPS game come to mind when they wrote “Perfect Dark. My favorite first-person shooter ever created. It is Goldeneye 64 but better in every way”.

Often drawing comparisons to the above mentioned Goldeneye, Perfect Dark conquered the world of FPS without the assistance of an established franchise and improved upon the gameplay of its predecessor. Though Rare had two hits on their hands, Perfect Dark was simply overshadowed by Goldeneye and was often overlooked by gamers at the time.

NEXT: 10 Unpopular Opinions About Classic Video Games, According To Reddit 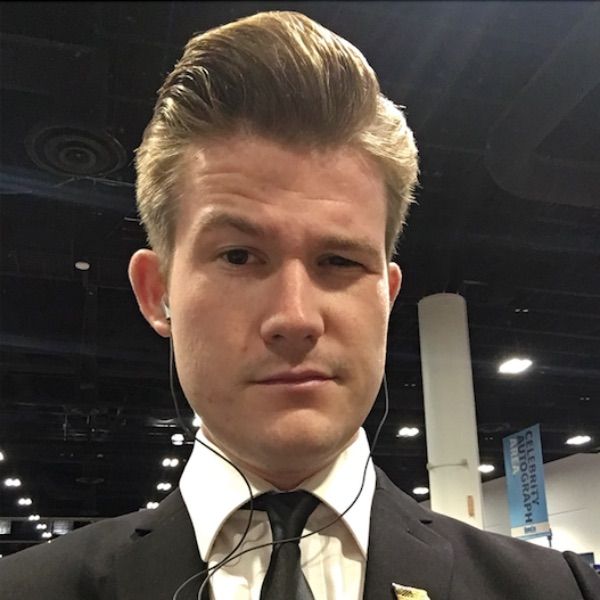 Dalton Norman is a senior writer at Screenrant who authors lists on a variety of topics from movies and TV, to comic books, and pretty much anything that strikes his fancy. He is an avid lover of film history, and enjoys imparting as much trivia onto his readers as possible. He has also contributed several essays to various online publications that pertain to film theory and criticism, and he brings his filmmaking experience to the table as a writer for the site.

A graduate of the exclusive BFA Film Production program at the University of Central Florida, Dalton specialized in screenwriting and producing with an eye towards low budget filmmaking. In his free time, Dalton writes novels which he independently publishes online. His influences include the works of authors like John D. MacDonald and Tom Wolfe, and he tries to channel a bit of their unique energy whenever he writes.

A Beginner's Guide to Types of Video Games – Now. Powered by Northrop Grumman.